Through adversity to the stars

This beautiful piece of stained glass is from one of two panels which can be found in Skelmorlie and Wemyss Bay Parish Church.  The panels were once windows in St Andrew's Church in Greenock (formerly on the corner of Ardgowan Street and Margaret Street) which was demolished in the 1960s.

As today is the 100th anniversary of the Armistice which ended World War 1, I thought it would be appropriate to show these wonderful windows. 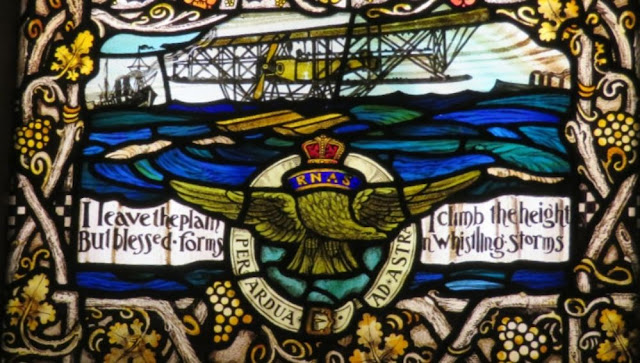 This panel shows the badge of the Royal Naval Air Service as well as a wonderful depiction of an aircraft of WW1 as well as two ships.  In 1918 the RNAS joined with the Army's Royal Flying Corps to form the Royal Air Force.  The RAF celebrates 100 years this year.  The motto reads "Through adversity to the stars". 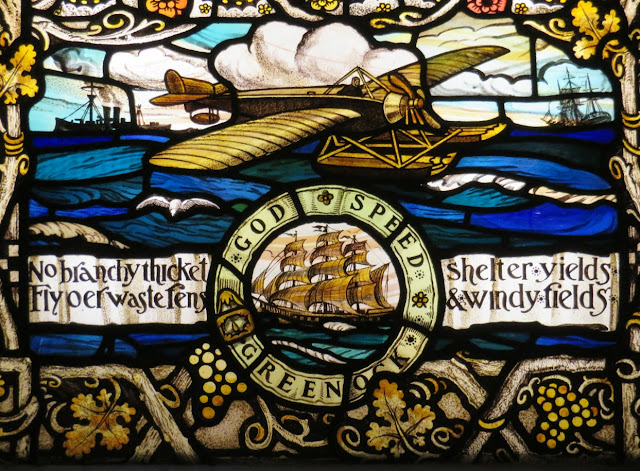 The second panel has the coat of arms of Greenock with another aircraft and ships.  The windows are thought to be the work of Robert Anning Bell. 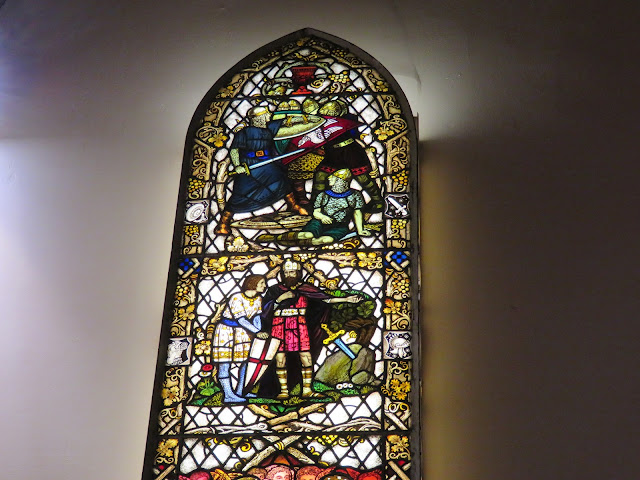 Both panels show scenes from Arthurian legends.  The quote at the bottom is from Alfred Lord Tennyson's "Sir Galahad" -

"I leave the plain, I climb the height:
No branchy thicket shelter yields:
But blessed forms in whistling storms
Fly o'er waste fens and windy fields." 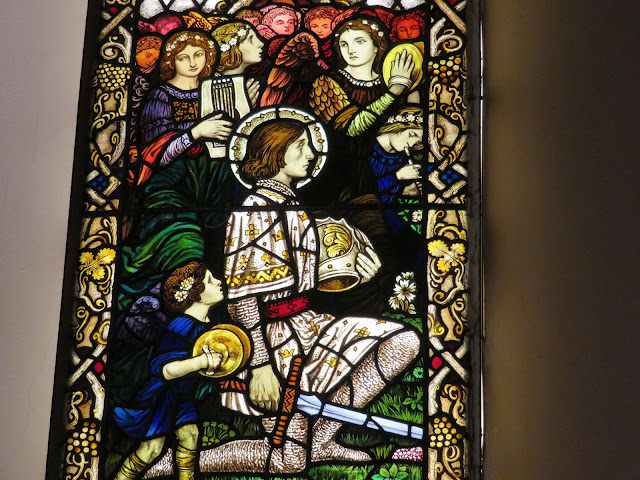 The windows were commissioned by the family of Robert Miller Denholm who died on 28 July 1917 while flying over Essex.  He was just eighteen years of age and had only recently joined the Royal Naval Air Service to train as a pilot.  While on a flight, the wing of his aircraft collapsed in mid-air and he was thrown from his machine and fell 600 feet to the ground, fracturing his skull.  Robert, born in Greenock in 1899 was the son of John Denholm and Jane Miller.  The Denholms lived at Lawthorne, Octavia Crescent, Greenock. 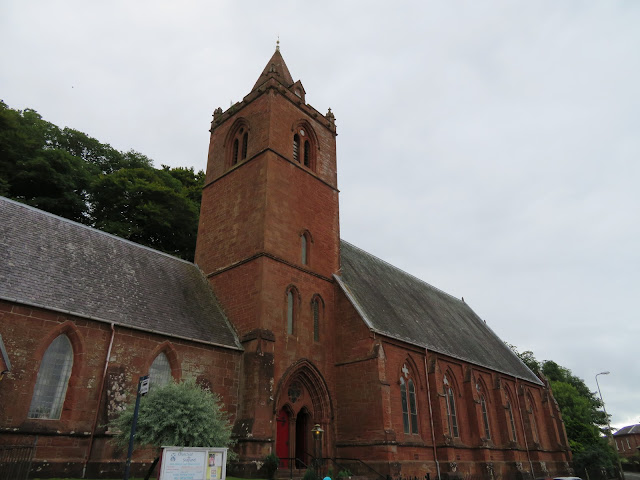 Skelmorlie and Wemyss Bay Church itself is a red sandstone building situated on the main road to Largs.  There are other fabulous stained glass windows in the church, but too many to do them justice in one post.

Posted by The Greenockian at 09:00