Now almost 200 years old, this B Listed building has been known by many names and is currently a furniture warehouse (H G Pyper).  It was called the West Blackhall Street Chapel when it was built as a chapel of ease for the North Parish of Greenock in 1823.  Designed by architect James Dempster, it was described by Daniel Weir in "History of the Town of Greenock" as standing "upon a fine open space near the shore and has a very substantial, imposing appearance." 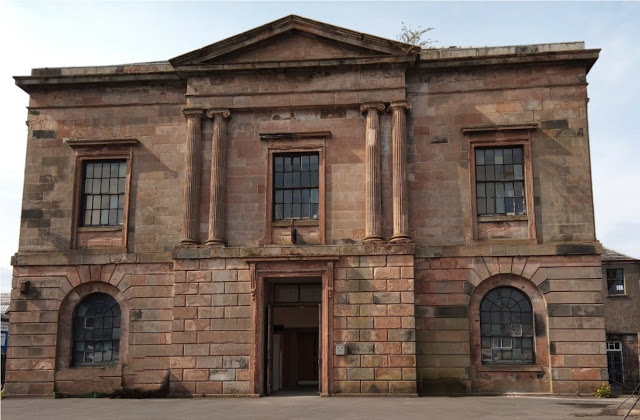 It is a beautiful building with rounded ground floor windows and Ionic columns framing the first floor centre window and  supporting a central pediment. 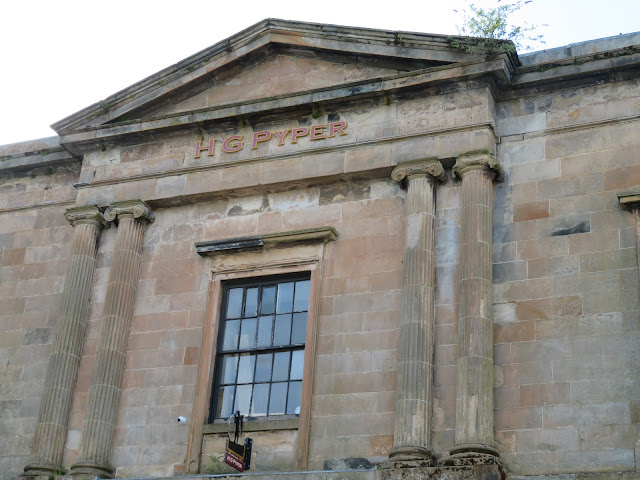 Much of the area around the Church on West Blackhall Street and Gray Place in Greenock has been built upon, but it still has its own little piece of ground in front - now used as a car park.  It was built due to a lack of church accomodation elsewhere in the town at the time. 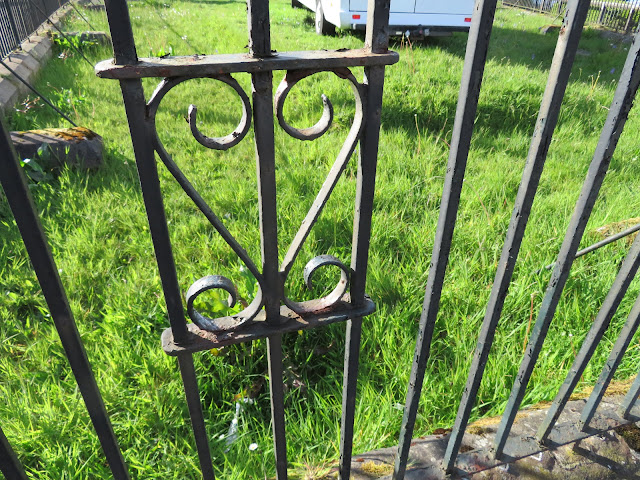 The first minister was Reverend Nathaniel Morren (1798-1847) and was nicknamed "Morren's Kirk".  He seems to have been a popular minister locally, regularly visiting his parishoners.  He was also a keen theologian, writing several books on church history and faith.  He remained within the established Church of Scotland after the Disruption and was moved to Brechin.  Numbers attending the West Blackhall Street Chapel thereafter dropped and eventually the building ceased to be a place of worship and used for lectures, concerts and meetings including this rather risque talk on Bloomerism in 1851. 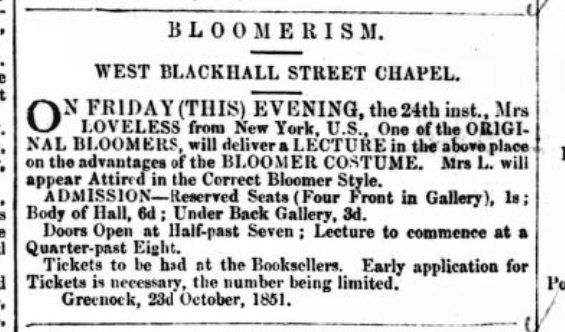 In 1855 the building was once again put up for sale. 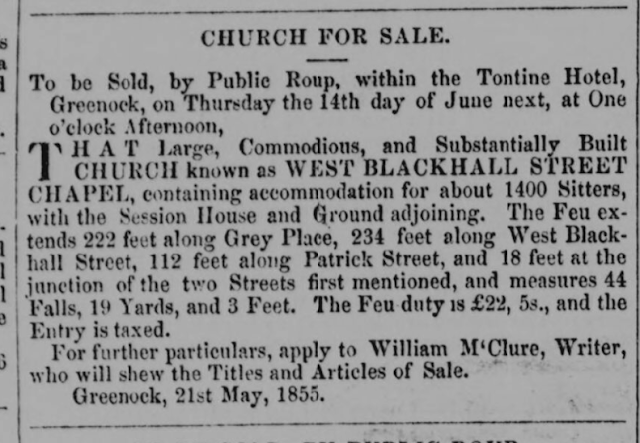 It was acquired, for about £1,500 by the Free Church (those Church of Scotland members who had left after the Disruption).  It was refurbished and opened as St Thomas' Free Church in November 1857.  The first minister was Rev Dr William Laughton (1812-1897).  (The first St Thomas' Church had been situated at the north end of Harvey Lane at Dalrymple Street.  This building later became the Free North Church). 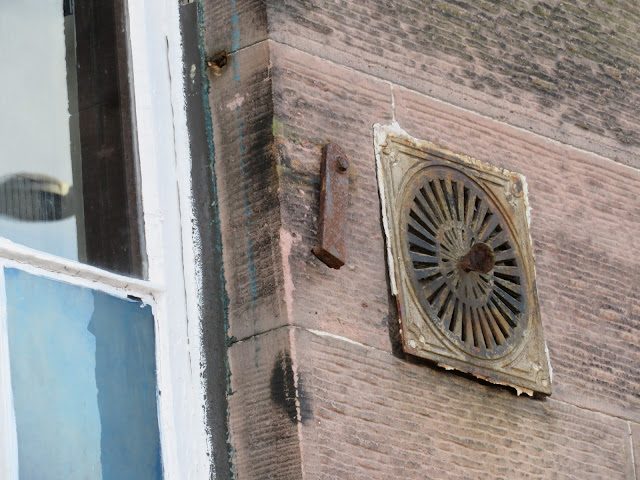 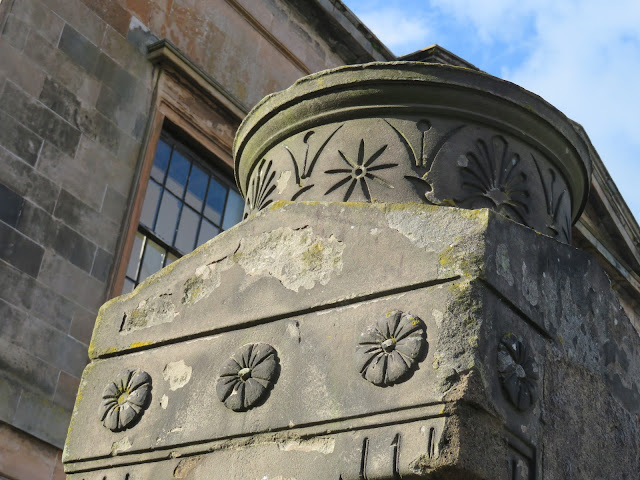 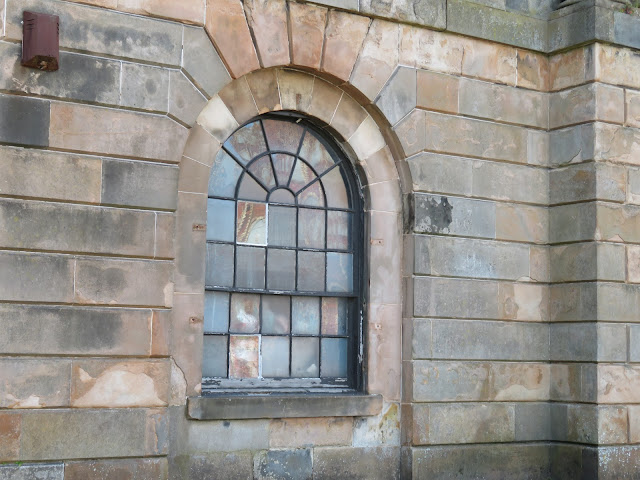 In 1907 St Thomas' merged with the Middle United Free Church (George Square).  Many members of St Thomas' were against this union, but their building was required for the Gaelic United Free congregation who's previous premises were Jamaica Street.  Later, after further church amalgamations, the building became St Columba's Gaelic Church. 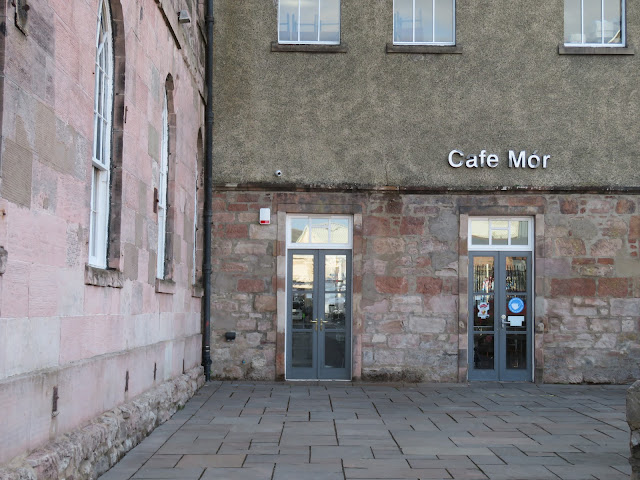 In 1857 when the Free Church took over the building, a schoolhouse was built at the north corner of the property.  This is now a lovely little cafe - Cafe Mor.  Well worth a visit if you are in the area.  The main church building is now a furniture warehouse - H G Pyper.

Linking up with InSPIREd Sunday.  Click the link and see some other churches from around the world.

Posted by The Greenockian at 08:41

Email ThisBlogThis!Share to TwitterShare to FacebookShare to Pinterest
Labels: church 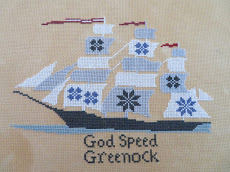