This is Hood's Well in Port Glasgow Railway Station.  It would be easy to overlook on the westbound platform and is enclosed within a protective fence - usually unlocked when the station is open. 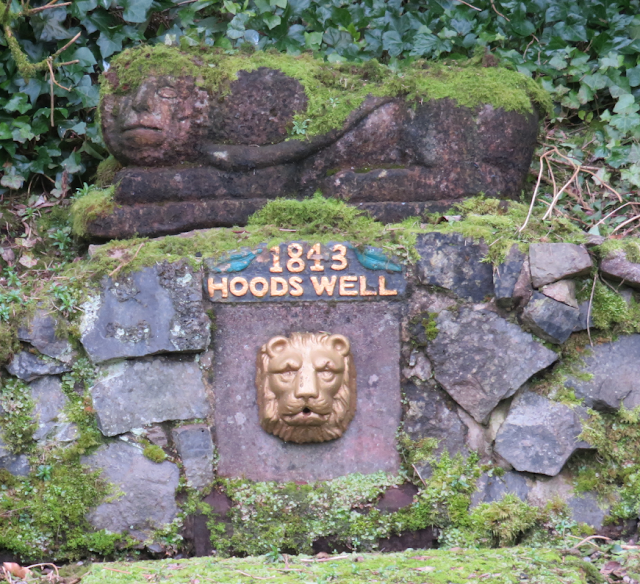 The well was formed to collect water from a stream running down the face of the rock which had been cut into to build the station.  The well was named after a former Station Master.  His name was John Hood (1805-1865) and he was Port Glasgow's first Station Master.  When the Glasgow and Greenock Railway first opened the line in 1841 he was appointed to the position of Station Master.  Originally from Cardross, John Hood had been a boot and shoemaker in Greenock.  He had married Agnes McNaught in 1824 in Cardross and the couple had several children.

On taking up his new position with the railway in 1841, the family moved from Greenock and lived in Gillespie's Lane in Port Glasgow with children Duncan, Mary, Agnes and Margaret. John Hood was an elder in Port Glasgow's Parish Church and before moving had also been an elder in West Blackhall Street Chapel in Greenock.

The well once had a ladle attached and provided water for thirsty passengers.  It was also used to water the many plants and flowers which he had growing in tubs all around the station.  John Hood won prizes at local flower shows for his lovely flowers.  He obviously took a great pride in his work and environment. 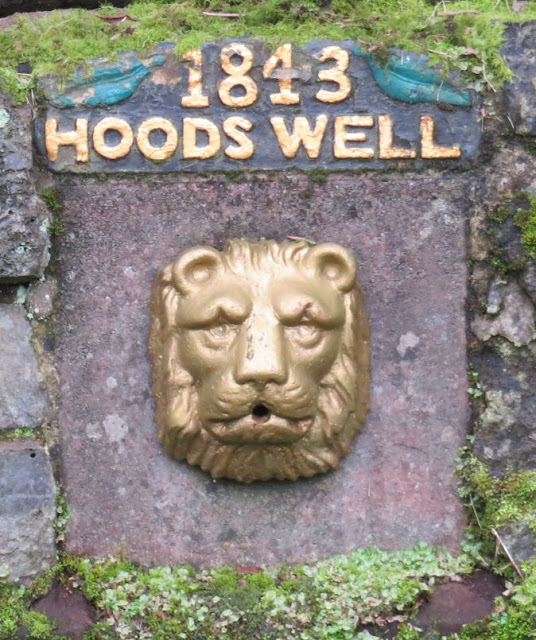 John Hood was described as a "quiet and unassuming" man who kept Port Glasgow Station "in fine order".   He seems to have been well respected by his employers, the Caledonian Railway Company (amalgamated with Glasgow & Greenock Railway in1851) and well liked by the travelling public.  In 1848 a number of people met in the Black Bull Inn, Port Glasgow to show their appreciation and present him with "a gold watch and appendages and a handsome silver snuff box as a mark of their high estimation of his official abilities, and as a tribute of their respect for his valuable services to the public."

He died at home in October 1865 after a short illness and was buried in Port Glasgow Cemetery.  His widow, Agnes McNaught Hood died in 1877.

Posted by The Greenockian at 15:10