It was (and probably still is) every emigrants dream - to succeed and create a new life in a distant land.  Greenock mill worker William Caldwell formerly of Duncan Street, emigrated to America and found employment in New York.  By the beginning of 1859 he had saved enough money to send home to Greenock so that his wife and four young children, two sons and two daughters, could travel out to be with him.  Arrangements were made and his brother travelled with the young family to help on the journey to Liverpool where they would board the emigrant ship Pomona.  At 5am, as she waved goodbye to her brother in law, I wonder how Mrs Caldwell felt as she stood at the ship's rail with her little children and the prospect of a long voyage ahead. 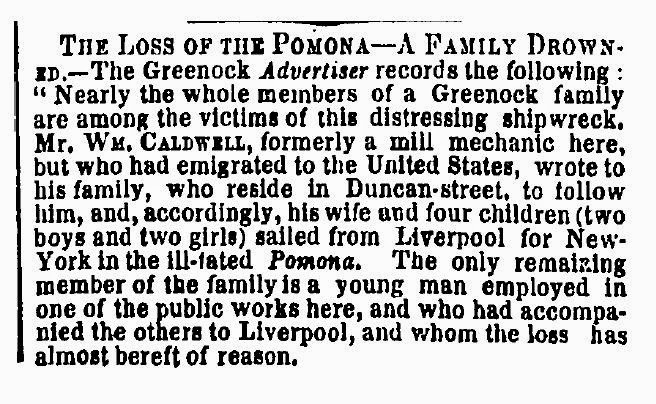 The New York based clipper Pomona (1500 tons) owned by the D L Line, sailed from Liverpool on 27 April 1859 with a crew of 36 under Captain Merrihew.  There were 380 passengers.  The mood on board was happy as this newspaper clipping shows - there was music and dancing on deck.

However, later that night the weather changed, high winds got up and the ship was slightly off course.  The winds drove the ship onto the Blackwater Bank - a notorious sandbank in Co Wexford, Ireland. 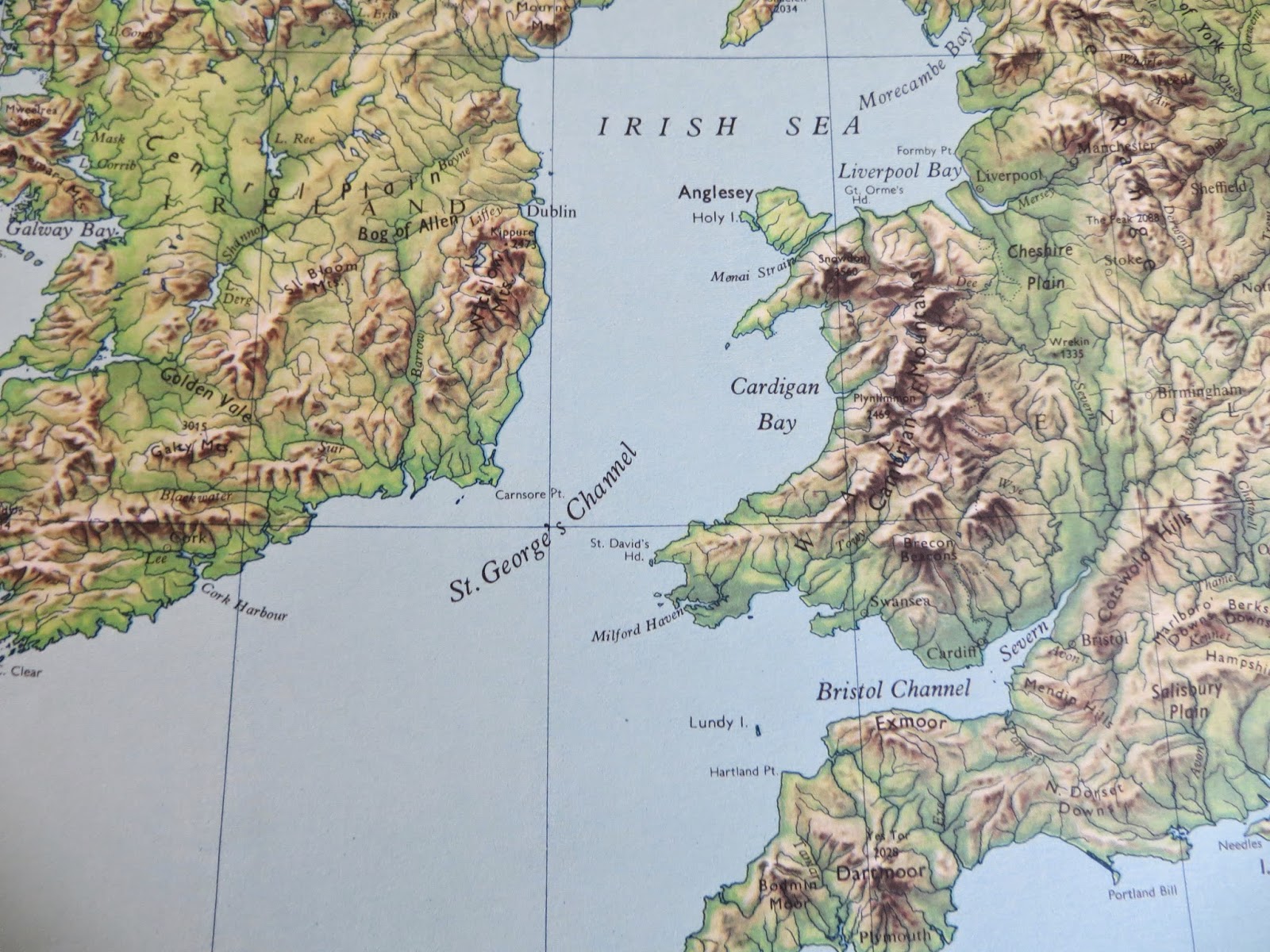 Attempts to launch the lifeboats failed and several crew died in the attempt.  All night the pumps were manned and eventually, the next day a small boat was launched.  In it were the 3rd mate, Stephen Kelly, along with 18 crewmen and 3 male passengers.  As the howling gale continued, the ship slipped off the sandbank and immediately filled with water and sank.  Captain Merrihew, his 1st and 2nd mates and the rest of the crew,  went down with the ship as did all the passengers. 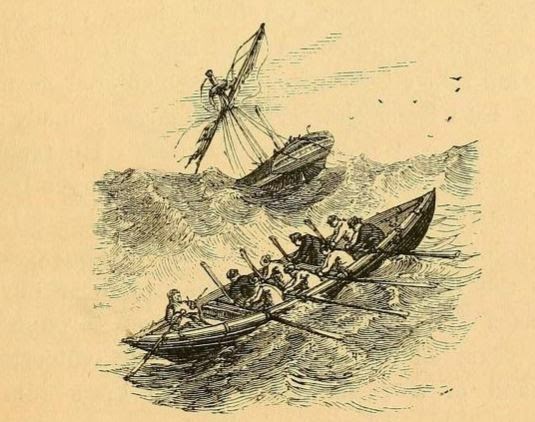 The only survivors were those in the boat,  who immediately on reaching shore raised the alarm (although it is said that they all, with the exception of Stephen Kelly removed themselves from the scene).  But by the time the lifeboat reached the stricken ship, only the mizzen mast was visible.  Almost 400 lives had been lost.

Men, women and children, many of whom, like the Caldwell family from Greenock, would have been looking forward to being reunited with loved ones and starting new lives in America.  As the long day wore on, bodies began to wash ashore at Ballyconigar beach and along the coast.  Unfortunately some locals stripped the clothes from the bodies.  They were eventually caught and severely punished.

A sad tale, but not uncommon in those days when the winds and weather could dramatically alter the fate of a  voyage. 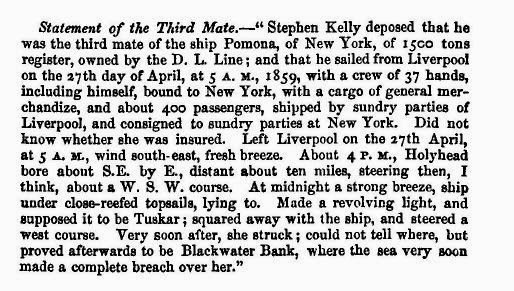 Interestingly, another victim of the sinking was Irishman Henry Lavery, a Belfast publican on his way to New York to find work.  He left behind a wife who died of grief three months later and a young son who went on to become the acclaimed Glasgow trained artist     Sir John Lavery.