Here in Greenock we haven't seen too many clear blue skies recently. 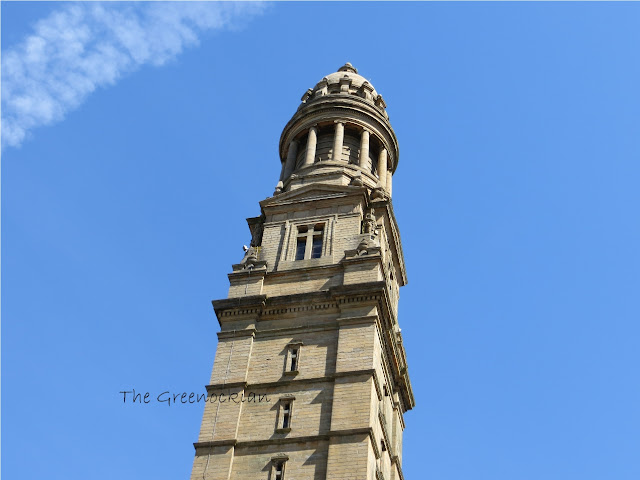 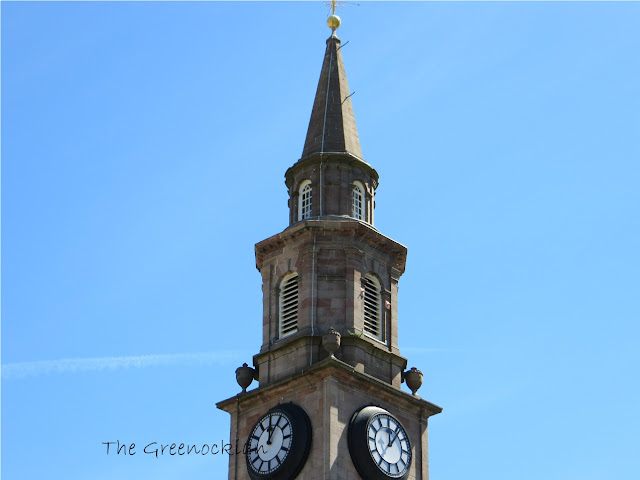 The spire of the Wellpark Mid Kirk in Cathcart Square, Greenock. 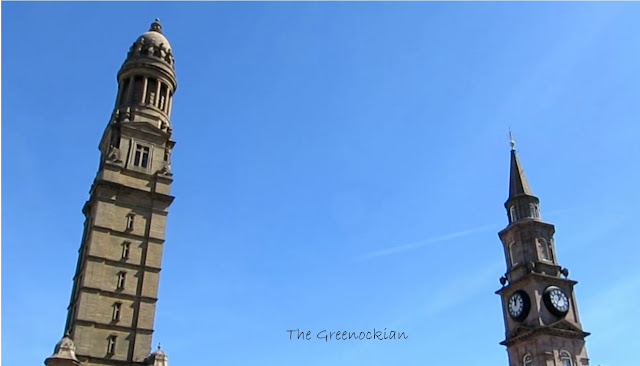 Inverclyde on the Open Top Bus

Had a fabulous morning seeing Inverclyde as tourists to the area see it.  A couple of friends and I decided to take a trip on the open top bus tour of the area run by local bus company McGill's - "The Local Highlights Tour". 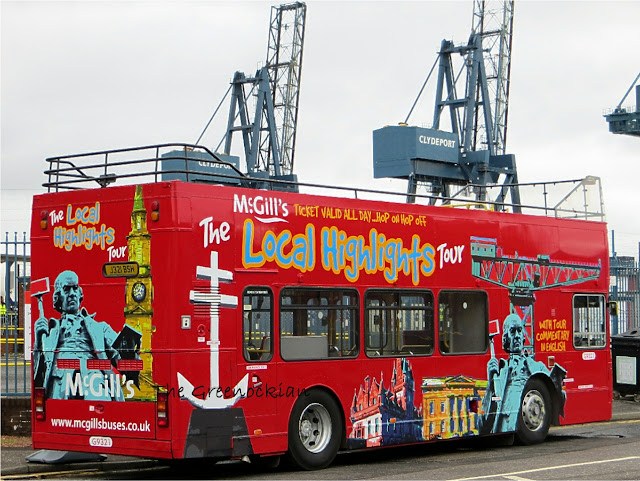 The tours run when cruise ships visits the area.  Today the "Horizon" was berthed at Greenock Ocean Terminal and we got the bus just outside the terminal at Patrick Street.  The tours leave here on the hour - check McGill's website for times. 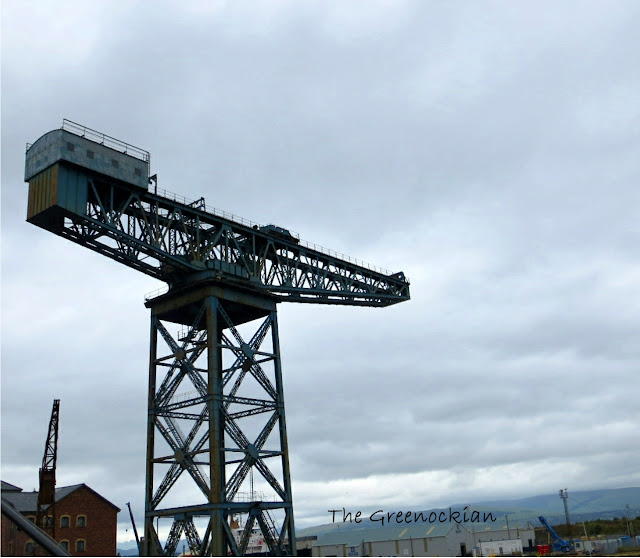 As you will see from my photographs, it was a bit of a dull, overcast day, but we had great fun on the tour which went through Greenock, up to Port Glasgow then down to Gourock via the Lyle Hill where we admired the views, returning to Patrick Street via the Esplanade.  I would have liked a map showing the route the bus tour takes, pointing out places of interest and a note of the possible stopping points. This would help tourists plan which places they would like to get off and visit.  The ticket was valid for the day, so there would have been time to get off at Newark Castle, for example and get back on a later bus. 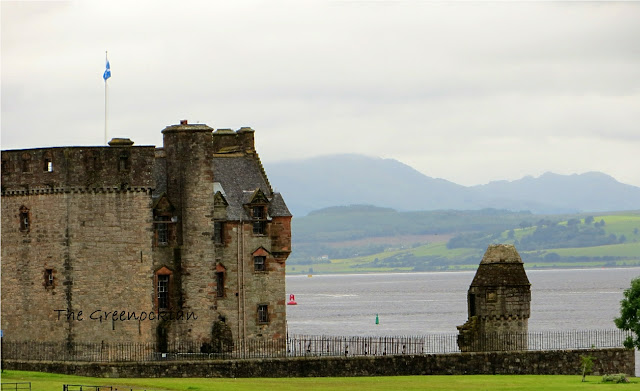 We had a couple of (literally) hair-raising moments with overhanging tree branches on Newton Street and had to duck low to avoid them! 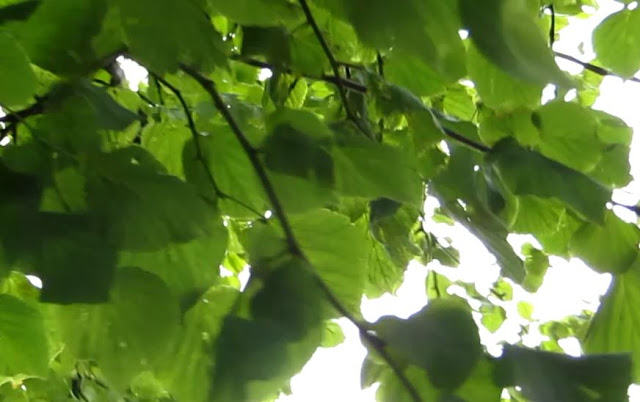 Our guide for the tour was Lesley - I don't think she was a local and tended to ramble a bit.  I had a chat with our driver Pat who informed me that he sometimes does the commentary, I think I would like to hear his version of the tour - he is a local and I'm sure would have plenty of interesting information! 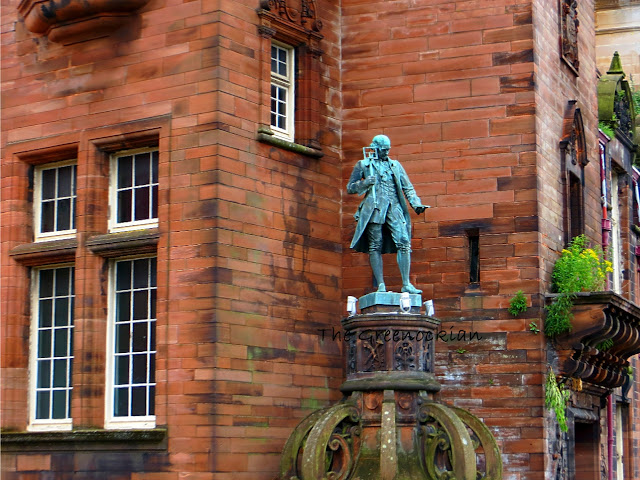 Next time I'm going to choose a nice sunny day!

Posted by The Greenockian at 16:07 No comments:

Email ThisBlogThis!Share to TwitterShare to FacebookShare to Pinterest
Labels: Inverclyde

Had some fun making a word cloud in the shape of Greenock's Ginger the Horse! 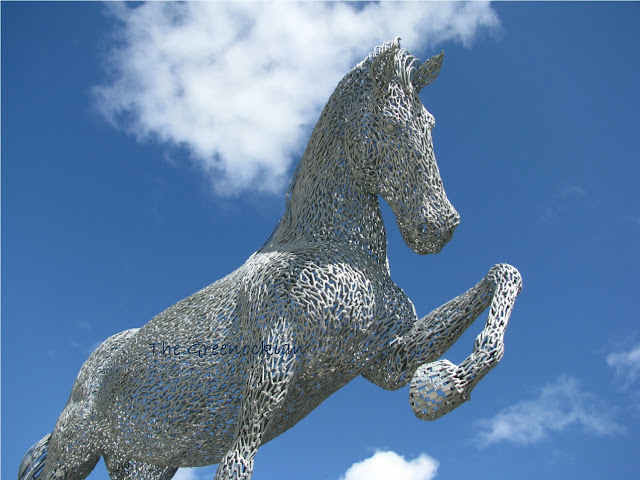 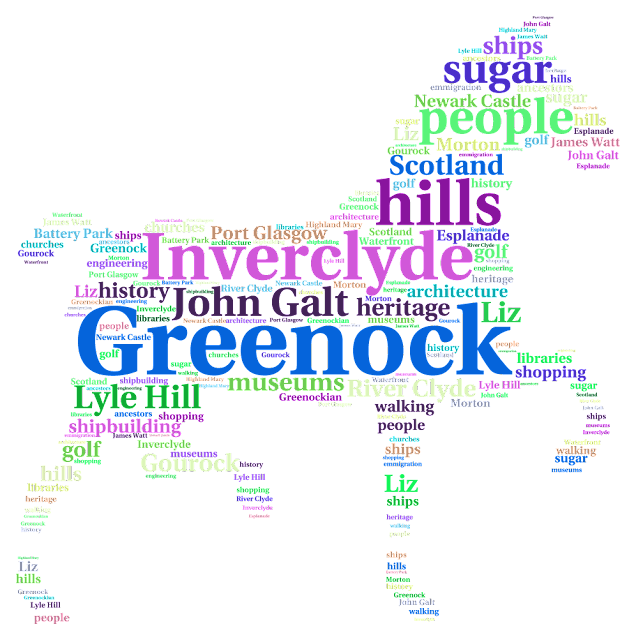 It used to be a tradition that Greenock folk took their holidays during the first two weeks of July - Greenock Fair.  The tradition goes way back to when an annual fair was held in the town at this time. The town would have been full of people visiting all the variety of sideshows and booths. Had I been around in 1870 my parents might have taken me to see the "Extraordinary Attraction" of Wombwell's Menagerie which was visiting Greenock! 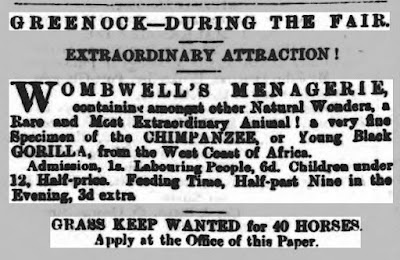 It is interesting to note that admission prices vary - 1 shilling was the admission price, but labouring people would be charged 6 pence and children under 12  got in for half price.  You would pay 3 pence extra if you visited at feeding time!

The Menagerie was started by George Wombwell, a London shoemaker, when he bought two boa constrictors from a sea captain.  He exhibited the snakes around London and within three weeks had covered his costs.  He continued to buy exotic animals until by the 1820s he was travelling throughout Britain with 19 caravans full of animals. It was said that one caravan containing an elephant, a rhinoceros and a camel had to be pulled by a team of eighteen horses!  Two of his famous lions were called Nero and Wallace.

Exhibiting wild animals was not without its risks - in 1849 Wombwell's nephew William was killed by an elephant.  Then in 1850 his neice, Helen Blight "The Lion Queen", just seventeen years of age was attacked by a tiger in full view of an audience in Chatham.  She died from her injuries.
Wombwell's Menagerie had visited Greenock often,  this clip is from 1849 -

George Wombwell died in 1850 aged 73.  His widow, Ann took over part of the Menagerie and kept up the travelling lifestyle.  Her niece married Alexander Fairgrieve of Edinburgh and they also travelled with the group.  It must have been quite a show - they travelled with a band of musicians in brightly decorated caravans.  They returned to St Andrew Square in Greenock in 1868 complete with "Musical Elephant" - 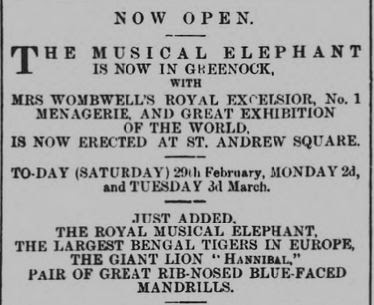 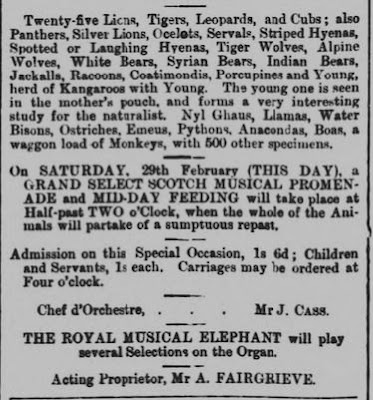 Eventually, in 1872 all the animals were auctioned off at Waverley Market, Princes Street, Edinburgh.  Most went to zoological parks or private collectors.

While this type of "entertainment" is no longer admired in the UK, in the mid 19th century it must have been a strange and wonderful sight for the people of Greenock!
Posted by The Greenockian at 09:20 No comments:

Eclipse on the Clyde 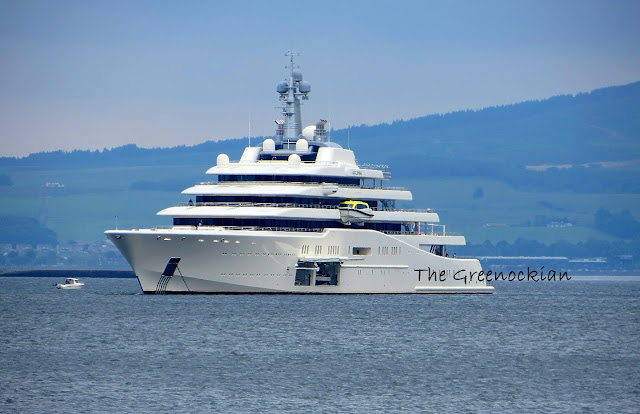 You can read all about it here - sounds like quite an amazing vessel with two helicopter pads and a crew of 70! 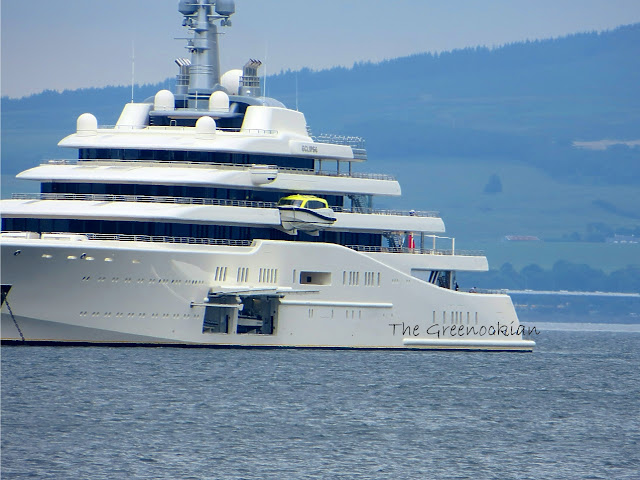 This is probably a very naive question, but I would really like to know - can anyone come ashore from a yacht's smaller boat?  What about passports, customs etc?  How are these things regulated? 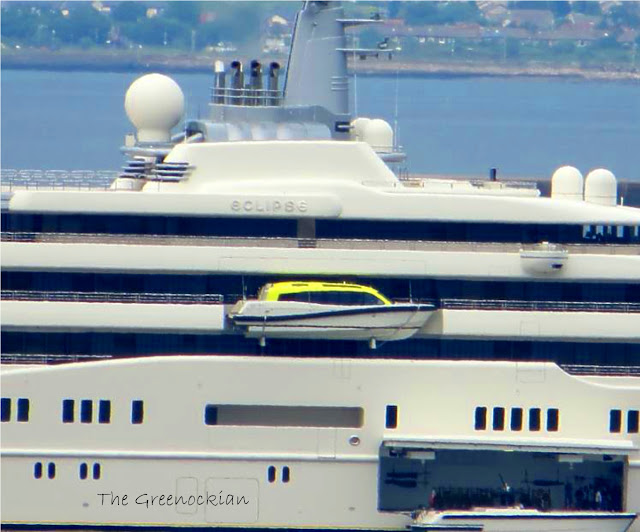 Posted by The Greenockian at 15:13 No comments: