Shackleton's Carpenter at the Beacon

Harry (Chippy) McNish was the carpenter on board Sir Ernest Shackleton's ship Endurance on her epic voyage to the Antarctic in 1914 and the play "Shackleton's Carpenter" tells his story. 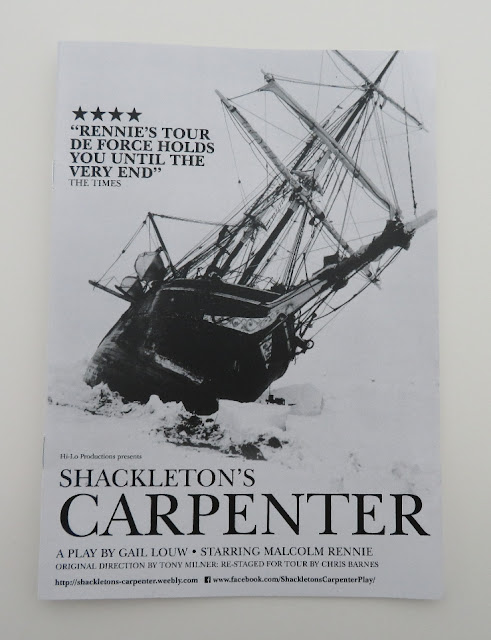 It was performed at the Beacon Arts Centre in Greenock on Sunday evening and what a magnificent performance was given by the actor Malcolm Rennie who played Port Glasgow man, McNish.  It is a one man show, and Rennie held everyone's attention with his portrayal of McNish and his story told in flashbacks at the sad end of his life.

The play was written by Gail Louw and is on tour at the moment.  You can find out more details at the Shackleton's Carpenter site.

Check out my previous blog post about Port Glasgow hero, Chippy McNish here.
Posted by The Greenockian at 21:12 No comments: