Steamers in a state!

For this week's Monday Mural, I thought I'd revisit the mural of Clyde paddle steamers which I wrote about almost two years ago in my post Neglected Past. 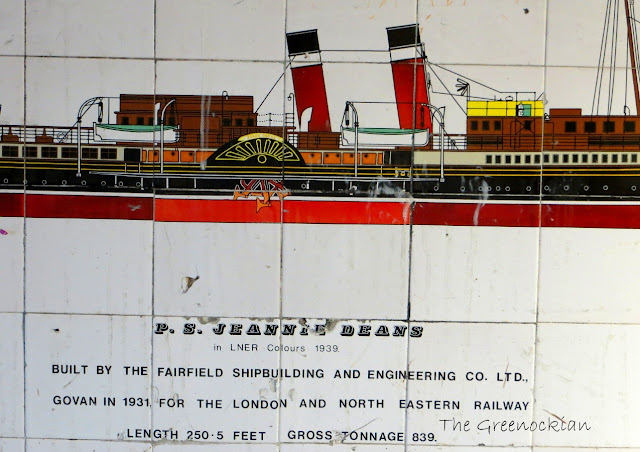 Not much has changed - they are still in a bad way and getting worse.  They can be found lining the underpass linking Wallace Place and the Bullring car park in Greenock. 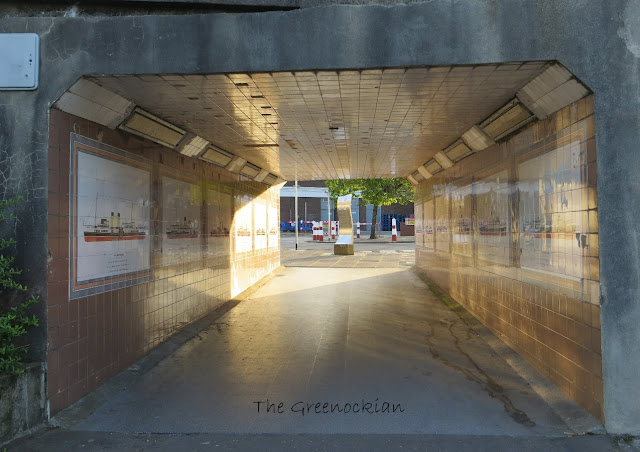 There are twelve Clyde steamers depicted, many have been defaced by graffiti. 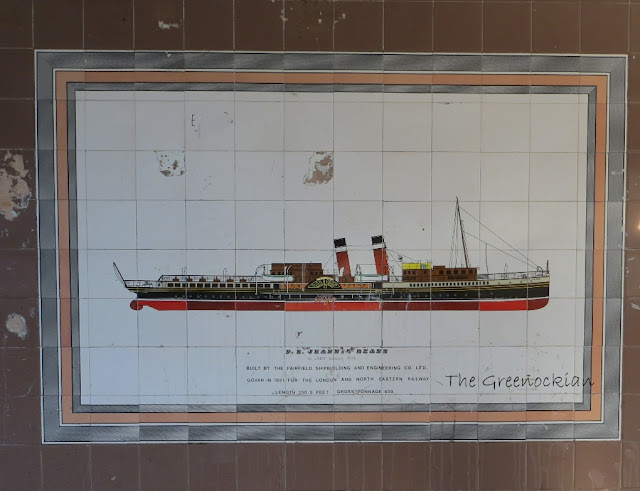 Some seem to have had bits gouged out of them. 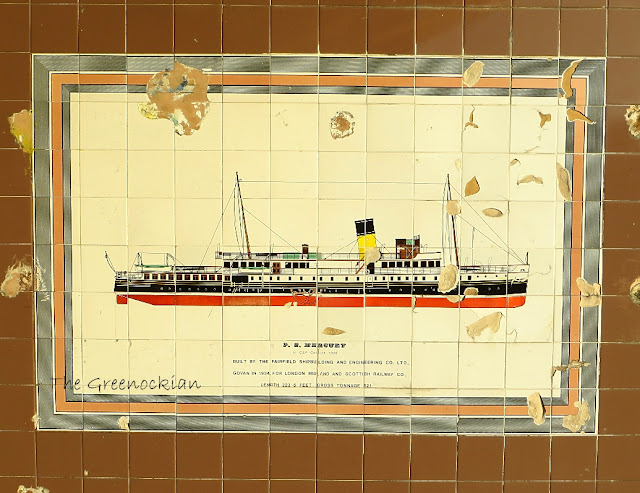 They are the work of artist Robert Stewart (1924-1995) who was a student at Glasgow School of Art and later taught there as head of the printed textiles department.  He also worked for Liberty in London.  You can read more about Robert Stewart here.  These tiles are very different from his usual style.  According to the Tiles and Architectural Ceramics Society entry, the design was screen-printed onto plain white tiles. 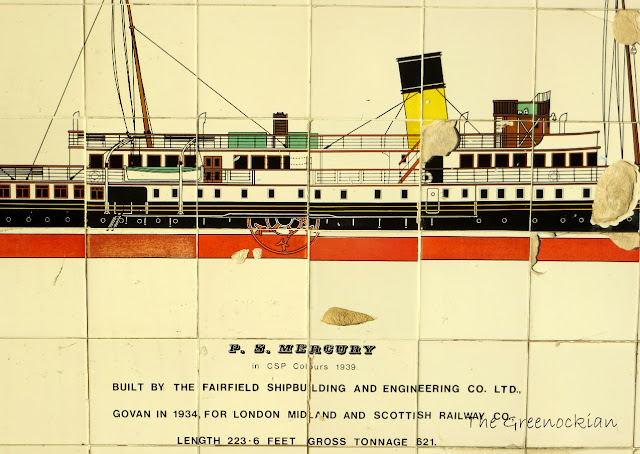 The former tobacco warehouse in Greenock is very typical of industrial buildings of the late 19th century. 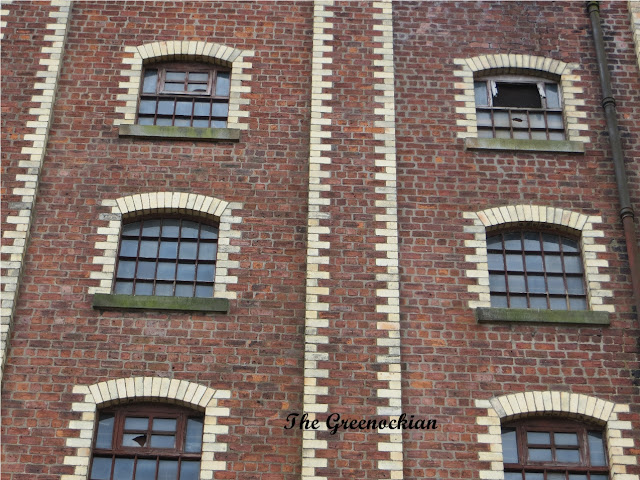 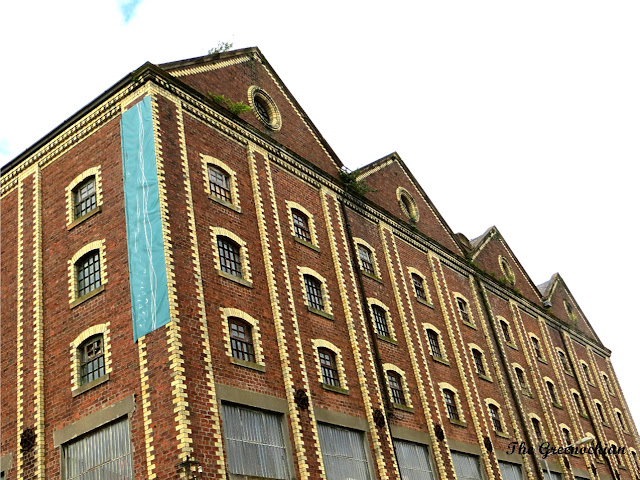 I love this type of architecture.  You can read more details on the Buildings At Risk website 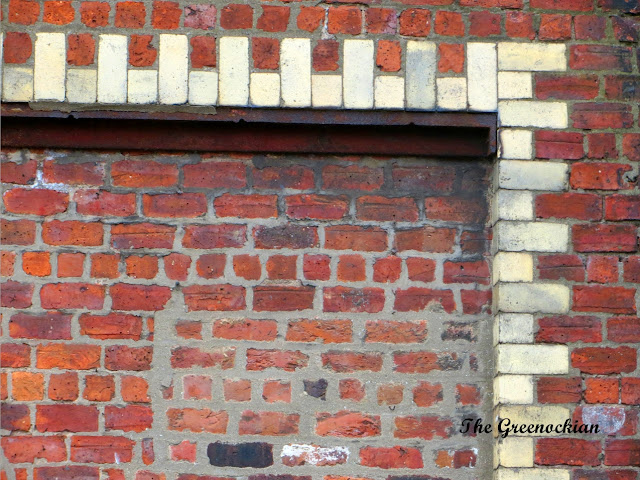 It was also used in the past as a bonded warehouse for whisky storage. 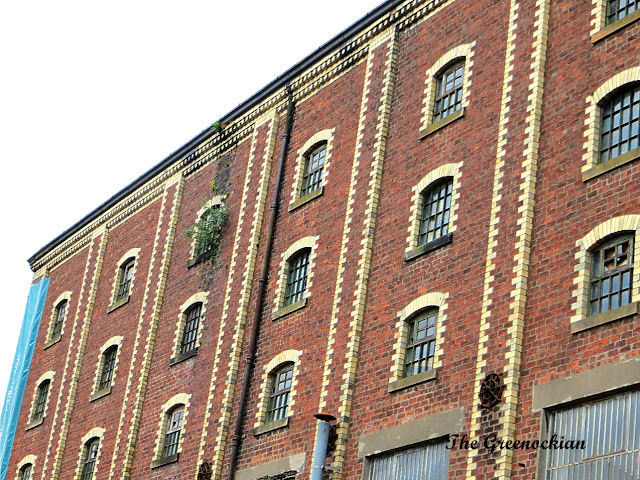 I showed some pictures of the warehouse interior in a previous post.  Just look at the brickwork details - 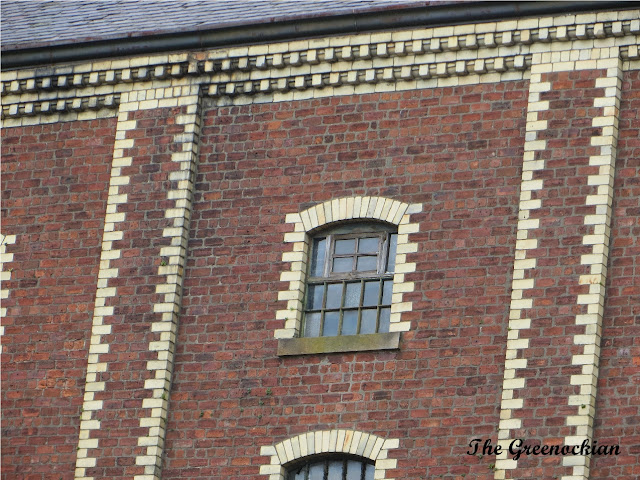 Hopefully this building can be saved, but there are so many worthy buildings in Greenock - such a shame that they can't all be rescued!
Posted by The Greenockian at 18:23 4 comments:

Yesterday was a Doors Open Day in Greenock and I visited the old 19th century former Tobacco Warehouse on Clarence Street in Greenock. 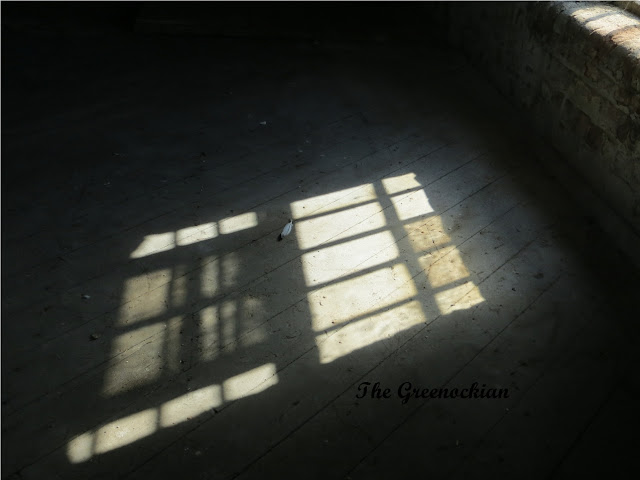 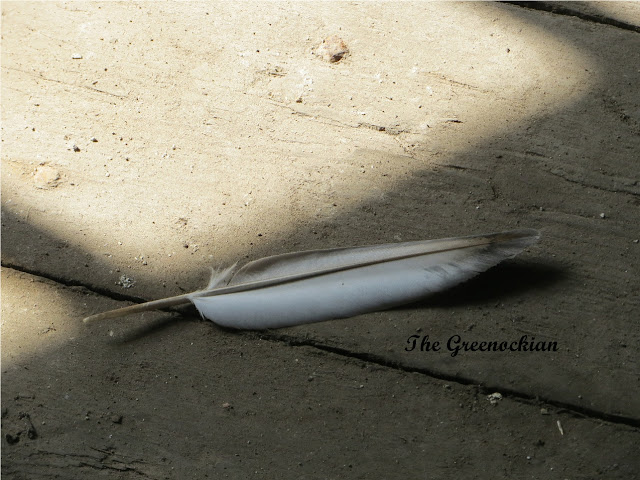 The building a huge empty space and the afternoon sun was streaming through the windows. 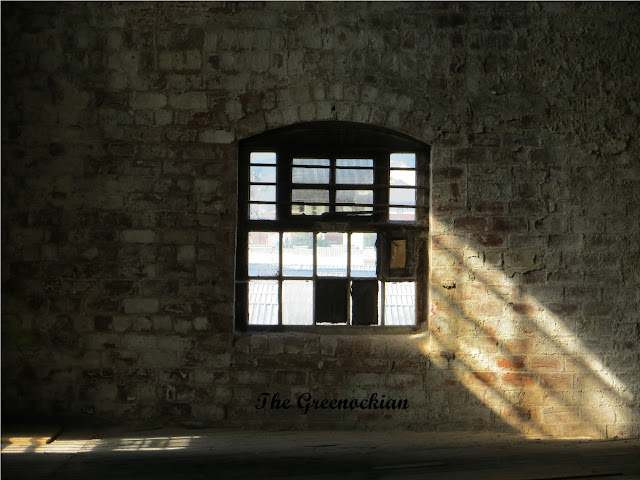 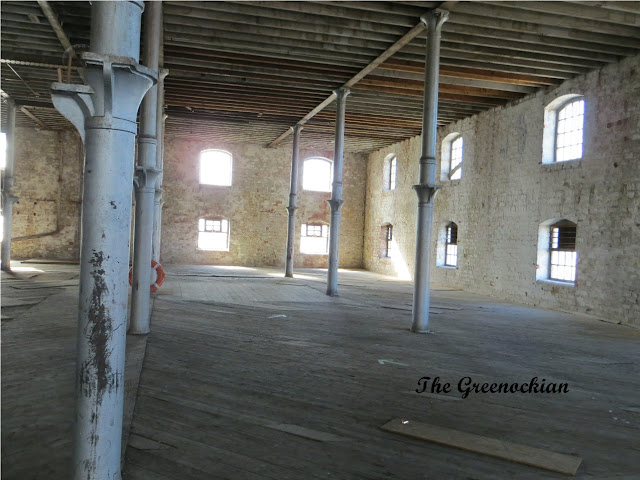 Got some great shadow shots.  Joining with Shadow Shot Sunday. 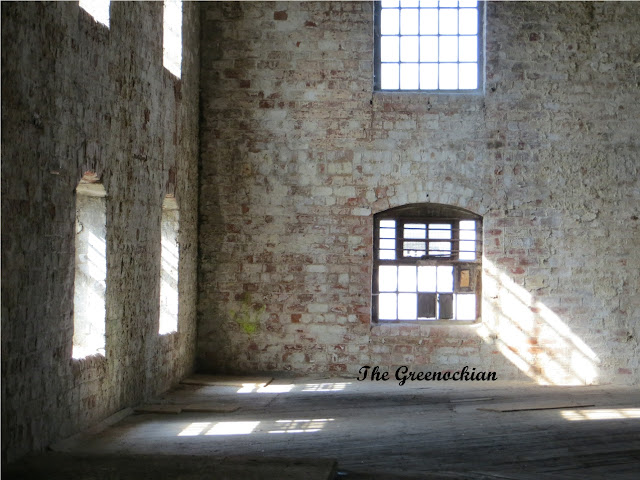 I'll be posting more photographs of this incredible building very soon.
Posted by The Greenockian at 14:20 5 comments: