After yesterday's post, a few folk have asked why St Andrew is Scotland's patron saint.  St Andrew was Christ's first apostle and was martyred on an X shaped cross because he said that he was unworthy to be crucified on the same shape of cross as Christ.  This depiction of the saint from a stained glass window in Westburn Church, Greenock shows him with the ropes and nets of a fisherman. 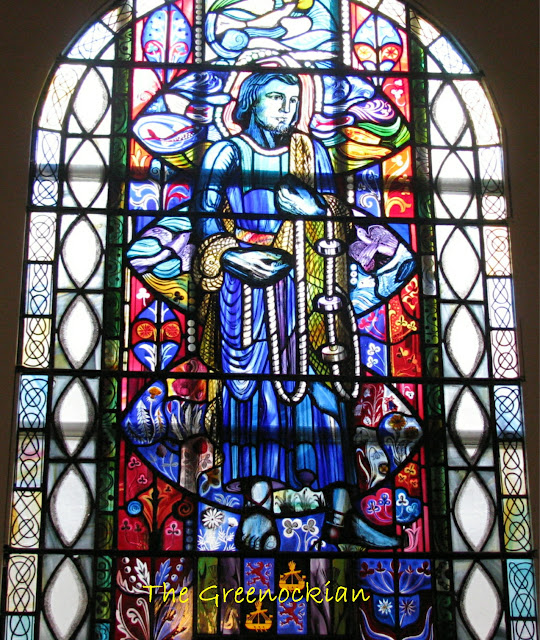 If you look very closely at the stained glass you will also see some other Scottish features - the lion and the thistle.  (Westburn Church, Nelson Street, Greenock was first called the West Kirk, then it became the Old Kirk before becoming St Luke's after it was joined with other congregations). 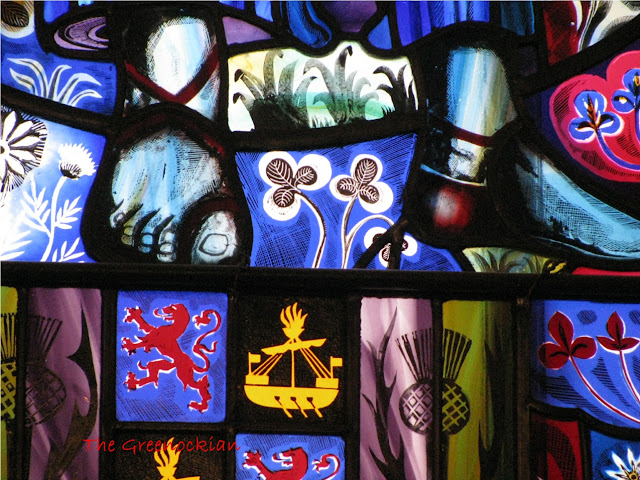 There are many legends about St Andrew and Scotland.  One of these is that relics of the saint were brought to the town of Kilrymont, later St Andrews in Scotland in the eighth century. 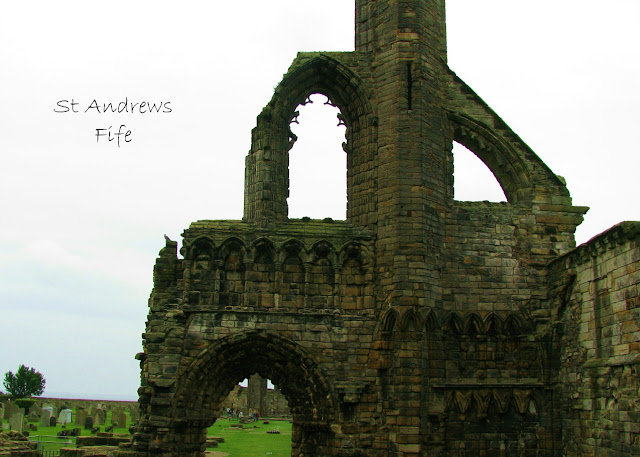 Another legend concerns a leader of the Picts called Angus who in 832 faced a much larger army of Angles at Athelstaneford in East Lothian.  On the eve of the battle, Angus had a dream about St Andrew.  On the morning of the battle white clouds in an X shape appeared in the brilliant blue sky.  Taking this as a positive sign Angus, heavily outnumbered, attacked the foe and won the battle.  So, not only did Scotland get a patron saint, but also a national flag - the saltire! 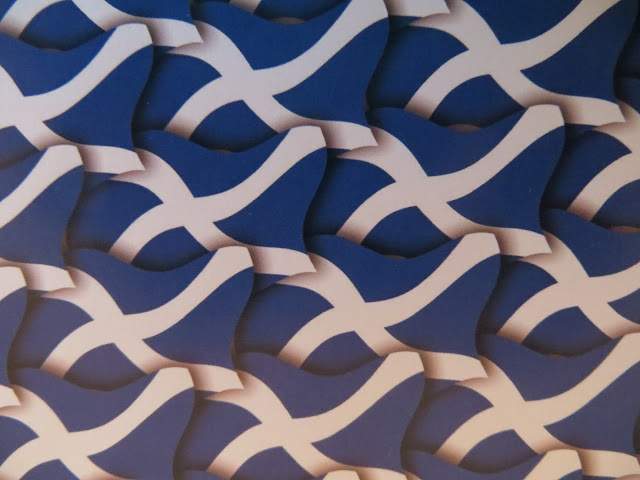 Andrew is also patron saint of Greece and Russia.
Posted by The Greenockian at 15:45 2 comments:

Tomorrow is St Andrew's day here in Scotland.  So I thought that I'd show you some photographs of a beautiful stained glass window which depicts Scotland's national saint. 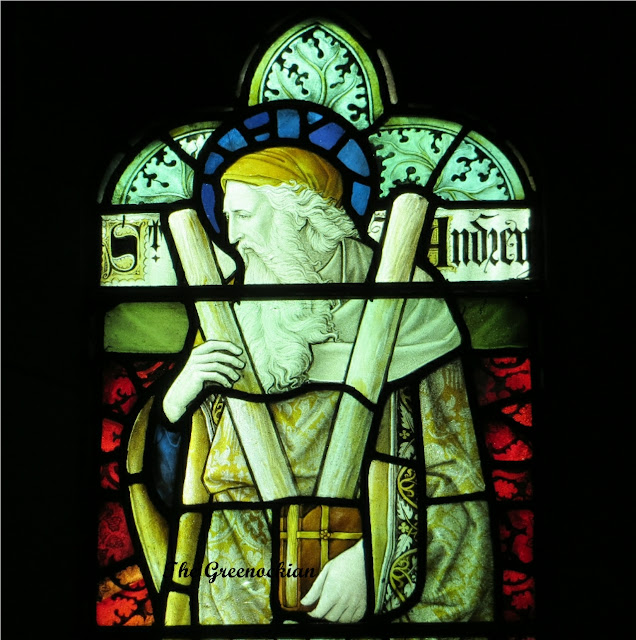 This wonderful window is in St John's Episcopal Church on Union Street in Greenock. 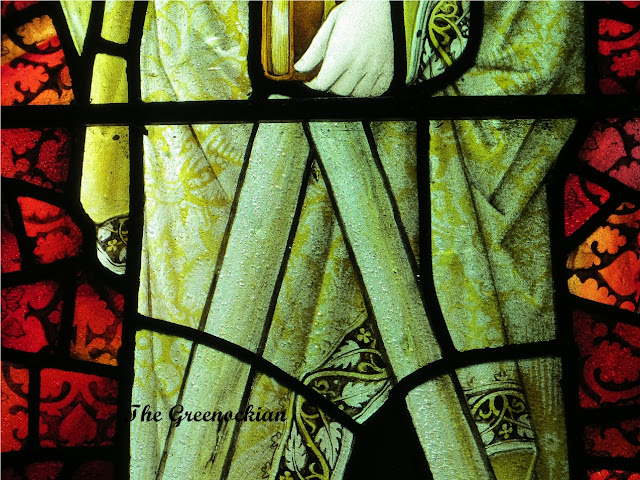 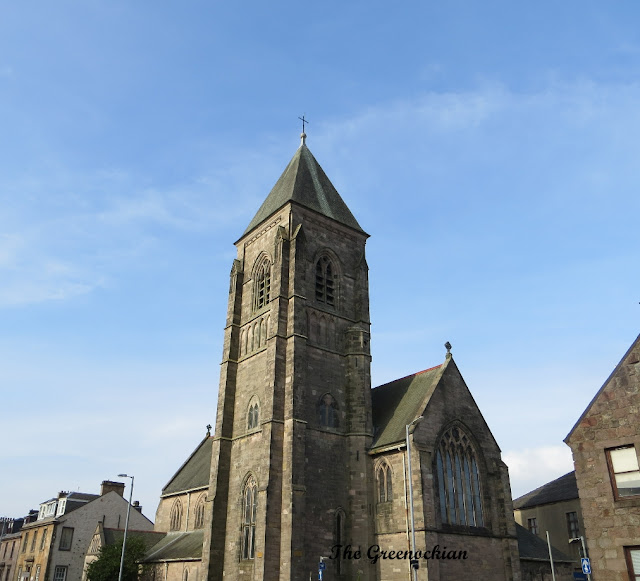 The colours are lovely.  There are many other beautiful windows in this church - I must get around to writing about them soon. 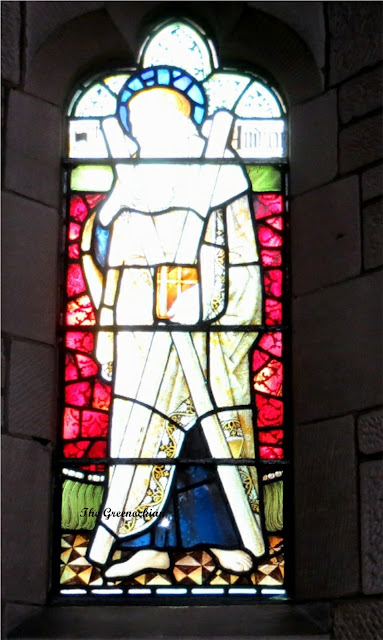 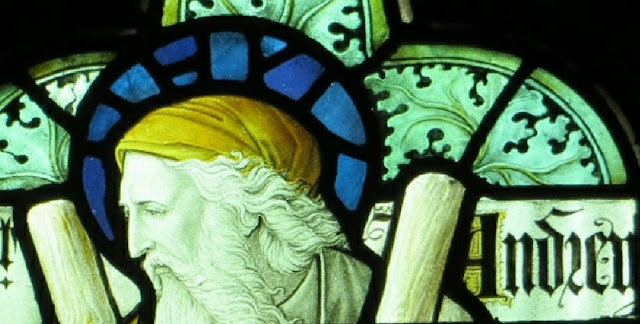 Joining with InSPIREd Sunday.
Posted by The Greenockian at 13:02 11 comments:

On this day we take time to remember all of those who gave their lives for their country.  Many of us will especially remember our family members who bravely served in the armed forces.  If your family came from Greenock and your ancestors fought in either World War 1 or World War 2, then you may be interested in these resources produced by Inverclyde Council, Libraries Department.  Greenock War Dead WW1 is a downloadable resource which gives a list of names and the regiments they belonged to. 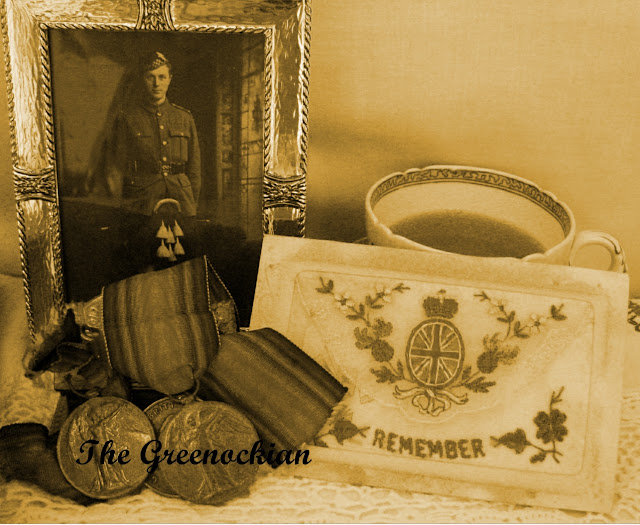 Greenock War Dead WW2 is also a downloadable resource which lists the men and women of this area who died as a result of World War 2 (1939-1945).  Their regiments and date of death are also listed.  Members of the Merchant Navy who lost their lives are also listed along with the name of the ship of which they served.  There is also a list of members of Greenock Civil Defence Service and civilians who lost their lives during the war.  Their addresses are also given.

"They shall grow not old, as we that are left grow old:
Age shall not weary them, nor the years condemn.
At the going down of the sun and in the morning
We will remember them."
Posted by The Greenockian at 12:10 2 comments: