This monument in Coronation Park in Port Glasgow is in memory of the 20 people who died in a boating accident in the River Clyde on 14 September 1947. 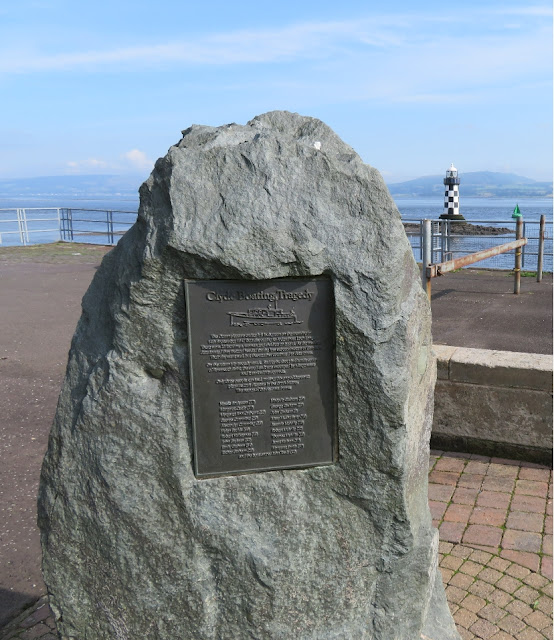 The pleasure motor boat ‘Ocean’ had left from Inchgreen for a trip to Ardentinny on Loch Long.  However the weather became bad and they headed for the more sheltered Gareloch.  As it entered the Gareloch, the boat was swamped by a heavy wave and sunk. 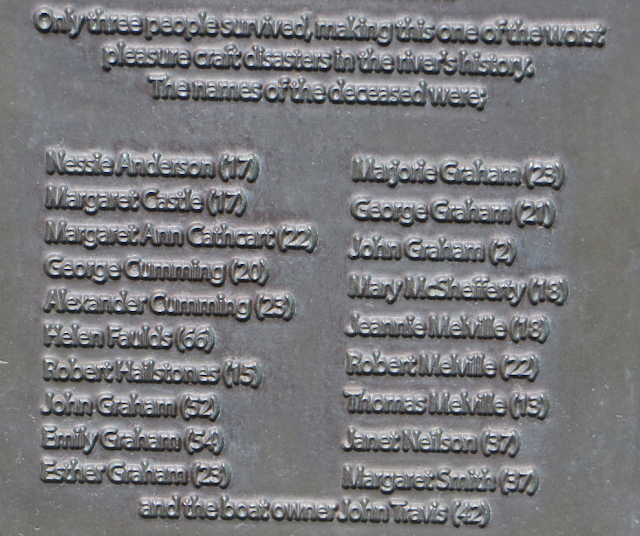 Twenty people, including six members of the Graham family from Port Glasgow, including a two year old child, drowned.  There were only three survivors. 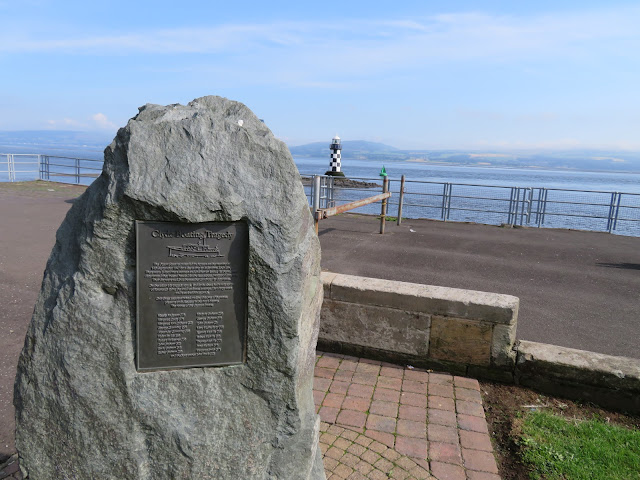 These colourful murals can be found on the wall of Fergus Monk's garage at the West Quay in Port Glasgow. 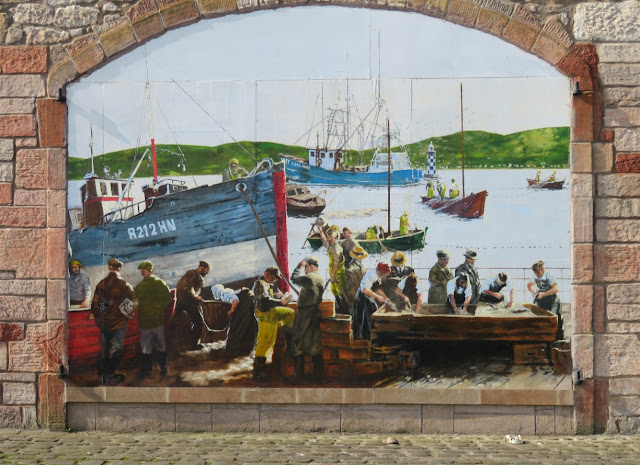 They are the work of local artist Jim Strachan who also painted the Broomhill Mural in Greenock. 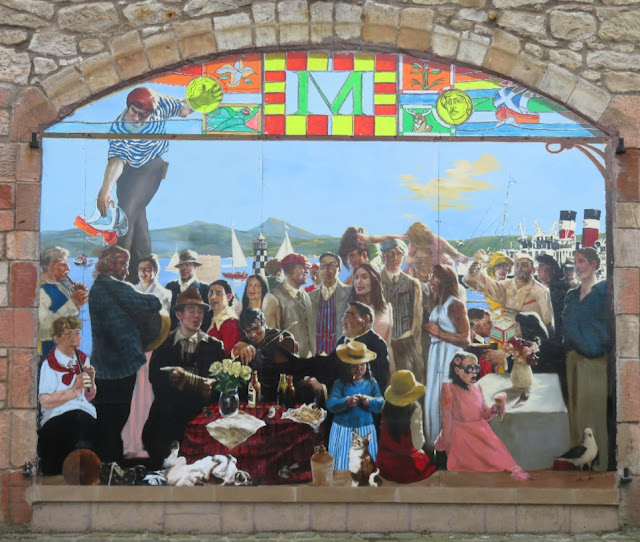 One of the murals shows fishing boats and the catch being processed on the quay.  The other shows people having fun. 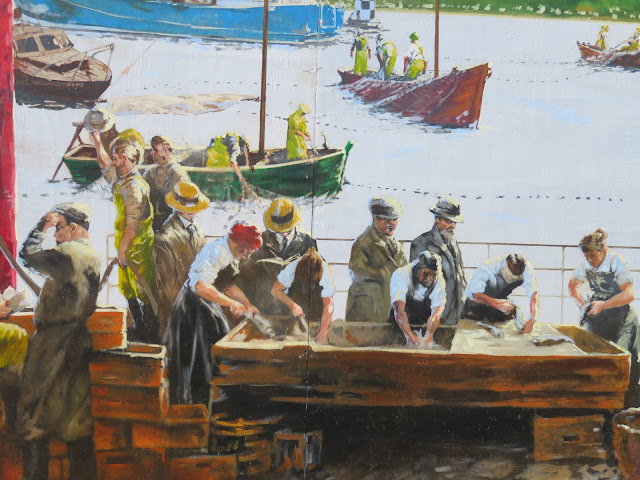 Both murals face the River Clyde and are an unexpected burst of colour on the quayside. 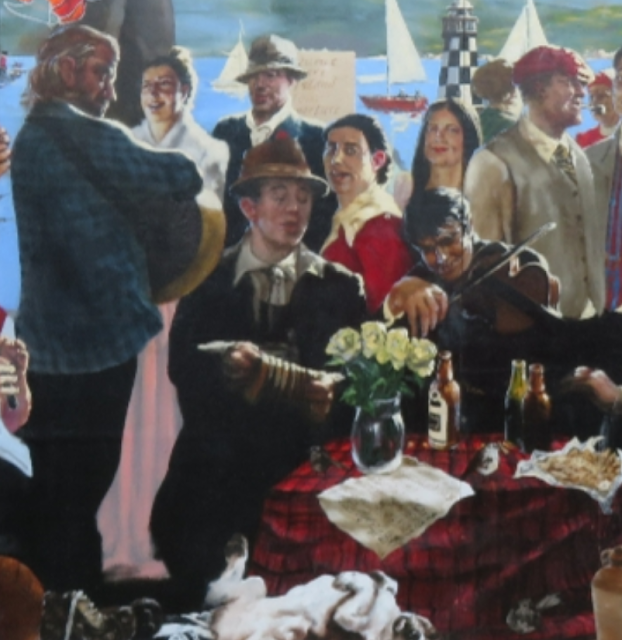 Visit Monday Murals for a glimpse of other murals from around the world.
Posted by The Greenockian at 06:59 8 comments:

If you are going to be visiting Greenock and the local area and want to do some family history research then here are some ideas and resources.  First of all, download a local map from the Inverclyde Council website.


The Watt Institution (Watt Library and McLean Museum and Art Gallery) has an outstanding collection of books and resources which can be a great help in family history research.  It is open from 10 till 4 from Wednesday to Saturday (check their site for opening times).  You can check out many of their resources online by following the links here. 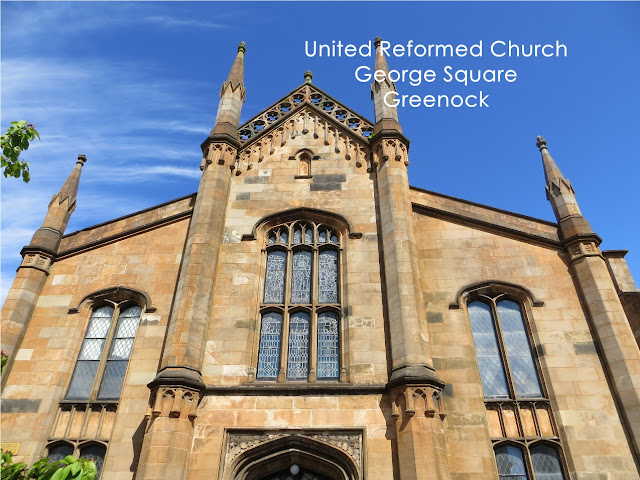 Local Churches
You may know from your previous research which church your family was associated with.  Many local churches have changed names over the years or are no longer used as places of worship.  However you can still get photographs of the building and some may be open because they are used as shops or warehouses.  If a church is still open for worship, then if you visit on a Sunday you will be made most welcome.

Some local churches have their own websites -

Inverclyde Cemeteries
Inverclyde Council have a list of local cemeteries.  Most local cemeteries are open every day.  Check the Council website for details.
You can download a brochure from Inverclyde Council which gives lots of information about some of those who are buried in the Duncan Street and Inverkip Street Cemeteries as well as Greenock Cemetery.  There are details of walks which take you around the Cemetery to see some interesting graves.  Of particular interest is the James Watt Memorial Cairn and the grave of Highland Mary, the sweetheart of Scotland’s national poet Robert Burns. 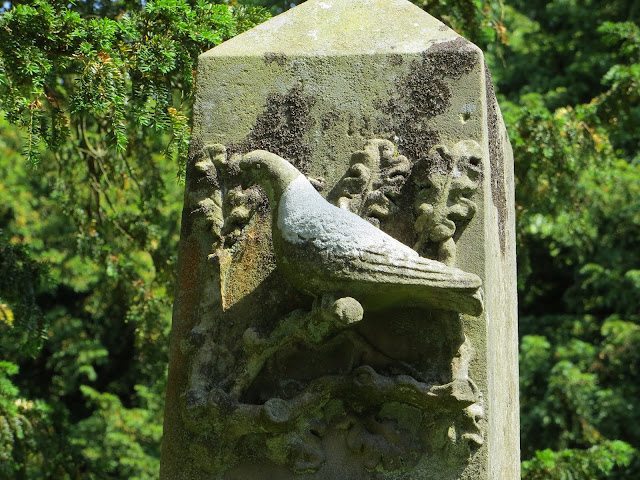 Other Local Information
Inverclyde Council have a wide range of maps, brochures and leaflets that can be downloaded from their website.  These are a fabulous resource for visitors and locals alike.

Posted by The Greenockian at 09:02 No comments:

I often get inquiries from people researching an Inverclyde connection in their family history.  Greenock, Gourock and Port Glasgow, as well as the villages of Inverkip and Kilmacolm were once part of Renfrewshire which makes things a wee bit confusing sometimes.  I've updated my Family History Research Leaflet because many of the links (especially those of Inverclyde Council) were no longer working or had been moved. 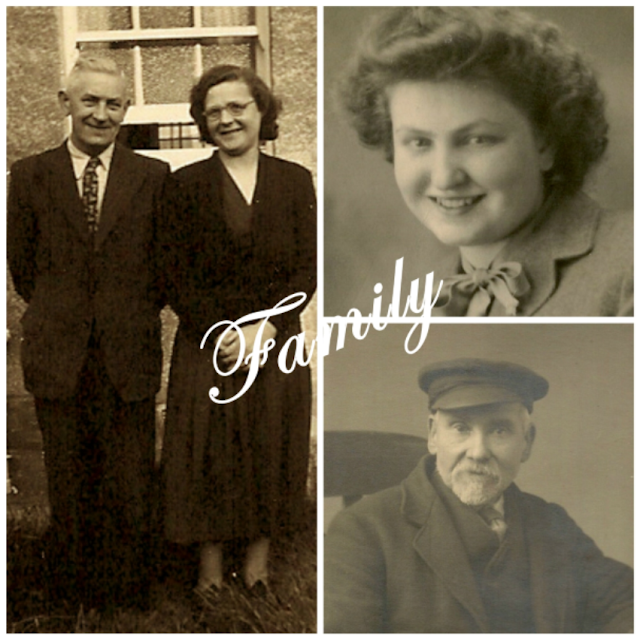 If you are interested in researching your family history, then here are a few online resources to get you started.

Of specific interest is the Intimations section which contains all the birth, death, and marriage details which were posted in the local press from 1800-1918.

Inverclyde Council have a huge collection of old photographs of the area which give an amazing insight into the old streets and living conditions of the area.

Inverclyde’s Great War - lots of information about local people who fought and died during World War I.  Some biographical details and photographs are included.

Old Local Maps
Greenock has seen many changes over the years and perhaps the street where your ancestor lived doesn’t appear on modern maps.  The National Library of Scotland has a site which has old town plans and maps for all of Scotland.

Modern Maps
Just type in the street and town and Google will find it for you and show you a map of the area.

Family Search
Run by the Church of Jesus Christ of Latter-Day Saints, Family Search contains lots of information of births and marriages in Renfrewshire.

Posted by The Greenockian at 08:35 No comments:

I've worked out a Heritage Walk for Port Glasgow which takes in many of the important aspects of the town's history and heritage.  Starting at Newark Castle, the walk takes you around several interesting sites.  The booklet includes a map and directions along with more photographs and links.
Click to download the Port Glasgow Heritage Walk. 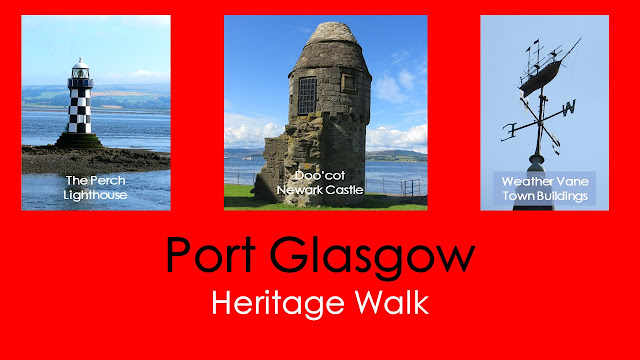 Here are the stops along the way - 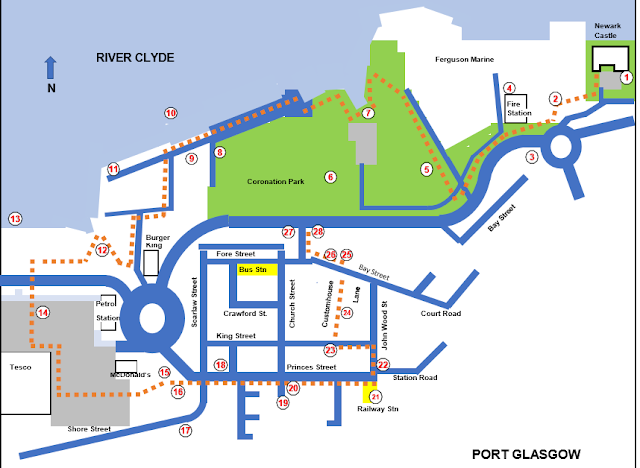 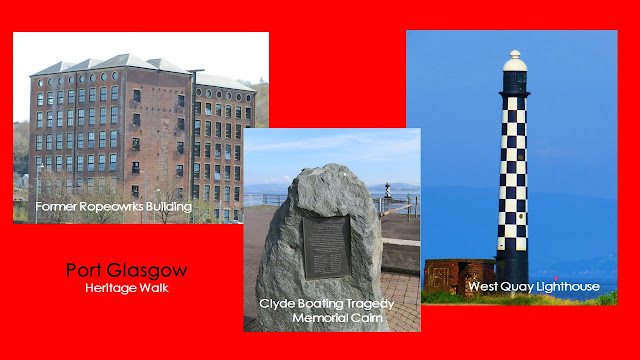 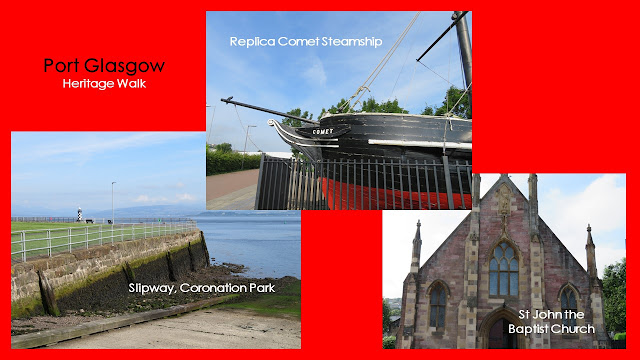 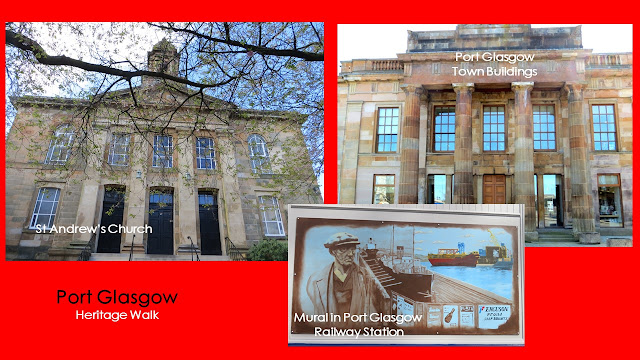 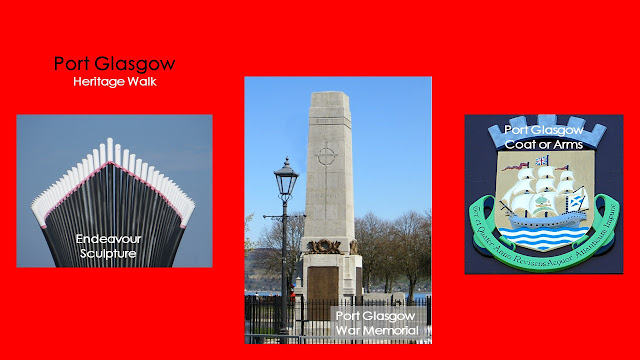 Download the Port Glasgow Heritage Walk booklet which gives a map, directions, information, photographs and links to external sites which provide more information about what you can see along the way.