This sculpture is called The Hands of the Fallen by Angela Hunter.  "The fallen" is a reference to the local people who were killed or wounded during a riot in Greenock on 8 April 1820.  The sculpture is on Bank Street across from the Wellpark Mid Kirk. 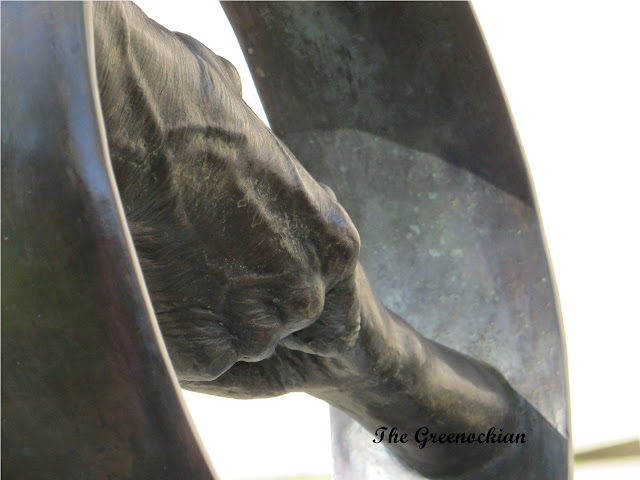 The sculpture commemorates a dreadful day in Greenock's history.
Economic downturn after the Napoleonic Wars led to higher prices and unemployment. There was general unrest among workers and attempts to achieve political reform.  Artisan workers, including weavers were particularly active, calling for strikes across central Scotland.  Bands of radicals rallied and there were many skirmishes with the armed forces who had been called out to deal with the threat of unrest.  The ringleaders were arrested and jailed.  Paisley gaol was full so five prisoners were sent to Greenock to be imprisoned here. 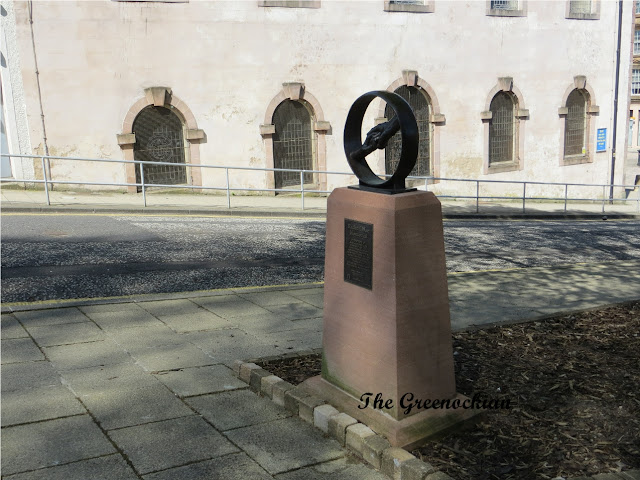 A rumour about this soon got out and a mob gathered in the streets around the Bridewell (west side of Bank Street behind the Mid Kirk).  The five radical prisoners duly arrived in a cart escorted by the Port Glasgow Volunteers with a fife and drum playing.  The prisoners were put in jail and the Volunteers prepared to return to Port Glasgow.  The crown turned on them.  One of the local magistrates Mr Dennistoun tried to calm things down but to no avail.  Just at the Tontine (then on Cathcart Street), the mob began throwing stones and bottles.  Several of the Volunteers were hurt and fired a few shots in the air to warn the mob.  This only proved to anger them and eventually (at Rue End) the Volunteers had to fire in earnest, injuring and killing some of the crowd. 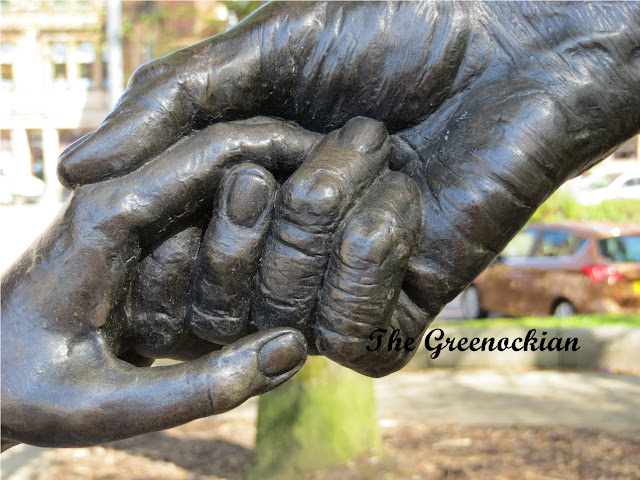 The mob gathered together their own weapons, even pulling up iron railings en route, and followed the Volunteers on their way to Port Glasgow intending to fight.  They got as far as Garvel Park when they heard that more militia were being sent to Port Glasgow to help the local Volunteers.  At this, the crowd dispersed.  Meanwhile, some had broken into the prison and released the radicals (but none of the other prisoners).
A detachment of hussars and guards were sent from Glasgow by steamboat to Port Glasgow in case of any trouble.  But by the time they arrived the next day all was quiet. 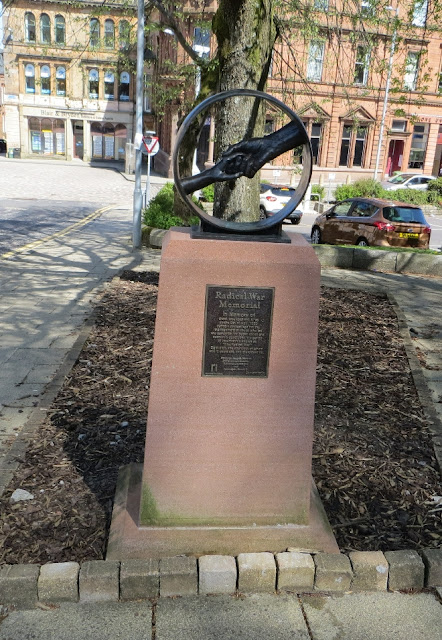 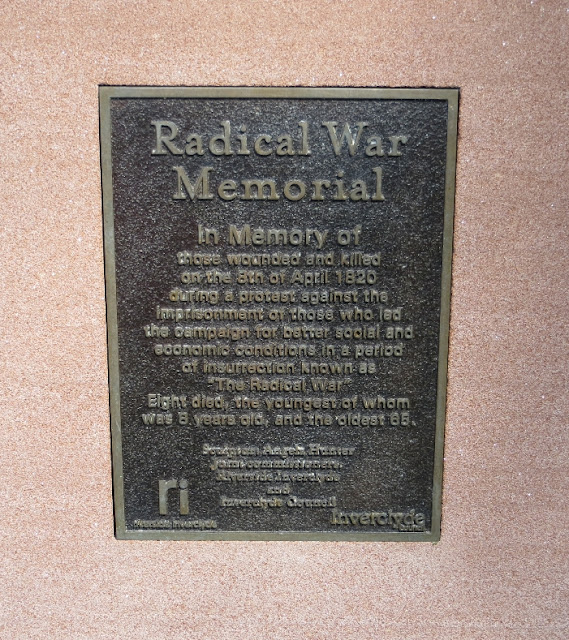 The wording on the memorial plaque reads:-

Radical War Memorial
In Memory of those wounded and killed on the 8th of April 1820 during a protest against the imprisonment of those who led the campaign for better social and economic conditions in a period of insurrection known as "The Radical War".  Eight died, the youngest of whom was 8 years old, and the oldest 65. 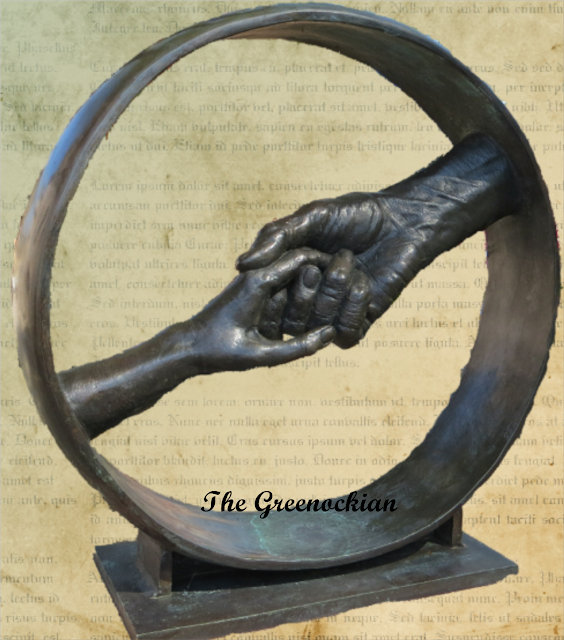 Posted by The Greenockian at 11:29