This magnificent memorial tablet can be found in the Wellpark Mid Kirk Church, Cathcart Square, Greenock.  It was erected in memory of George Stewart of this town.  It reads:- 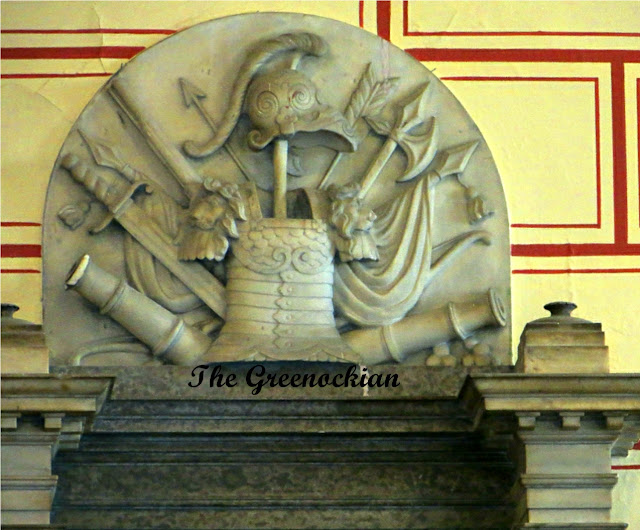 Upon the 9th of Dec 1813, and in the 27th year of his age,
George Stewart of Stewartfield
Captain in the 42nd Reg of Foot
Fell, in front of Bayonne, in the Kingdom of France,
Gloriously fighting for the independence of Europe.
Endeared to all those with whom he had ever associated, and distinguished in a corps, in which the ordinary virtues of a Soldier command no pre-eminence,
His remains were consigned to an honourable grave in a foreign land.
And the companions of His early life, have raised this Memorial
to His name in His native town. 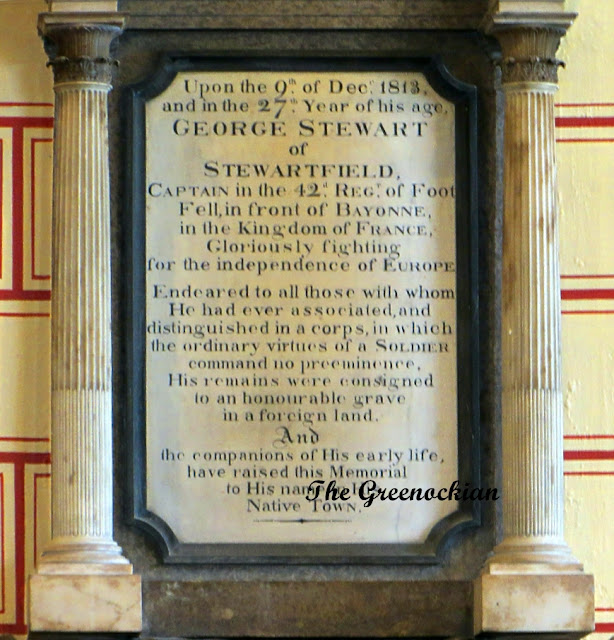 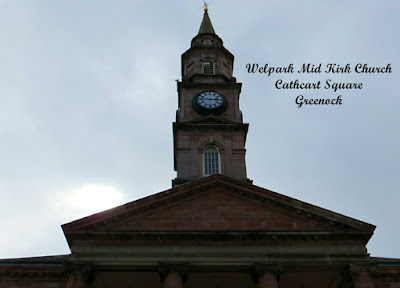 George Stewart died during the Battle of the Nive.  The river Nive runs through Bayonne which is in the south west of France at the Spanish border.  Fighting took place there towards the end of the Peninsular war. 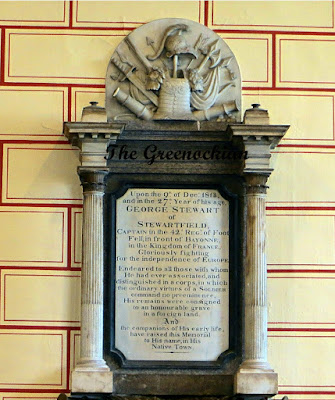 The detailed carvings at the top of the plaque have some amazing detail of military motifs.  The Stewarts were a very interesting family.

Posted by The Greenockian at 10:09