Doocots (or dovecotes) were once an important addition to any Scottish estate.  This beautiful example is part of Newark Castle in Port Glasgow.  Built in a conical shape, the roof was open and inside are nesting boxes for doos or pigeons which would have provided the castle inhabitants with a good source of food in the lean winter months.  There would have been a ladder for someone to go up and collect the eggs from the boxes. 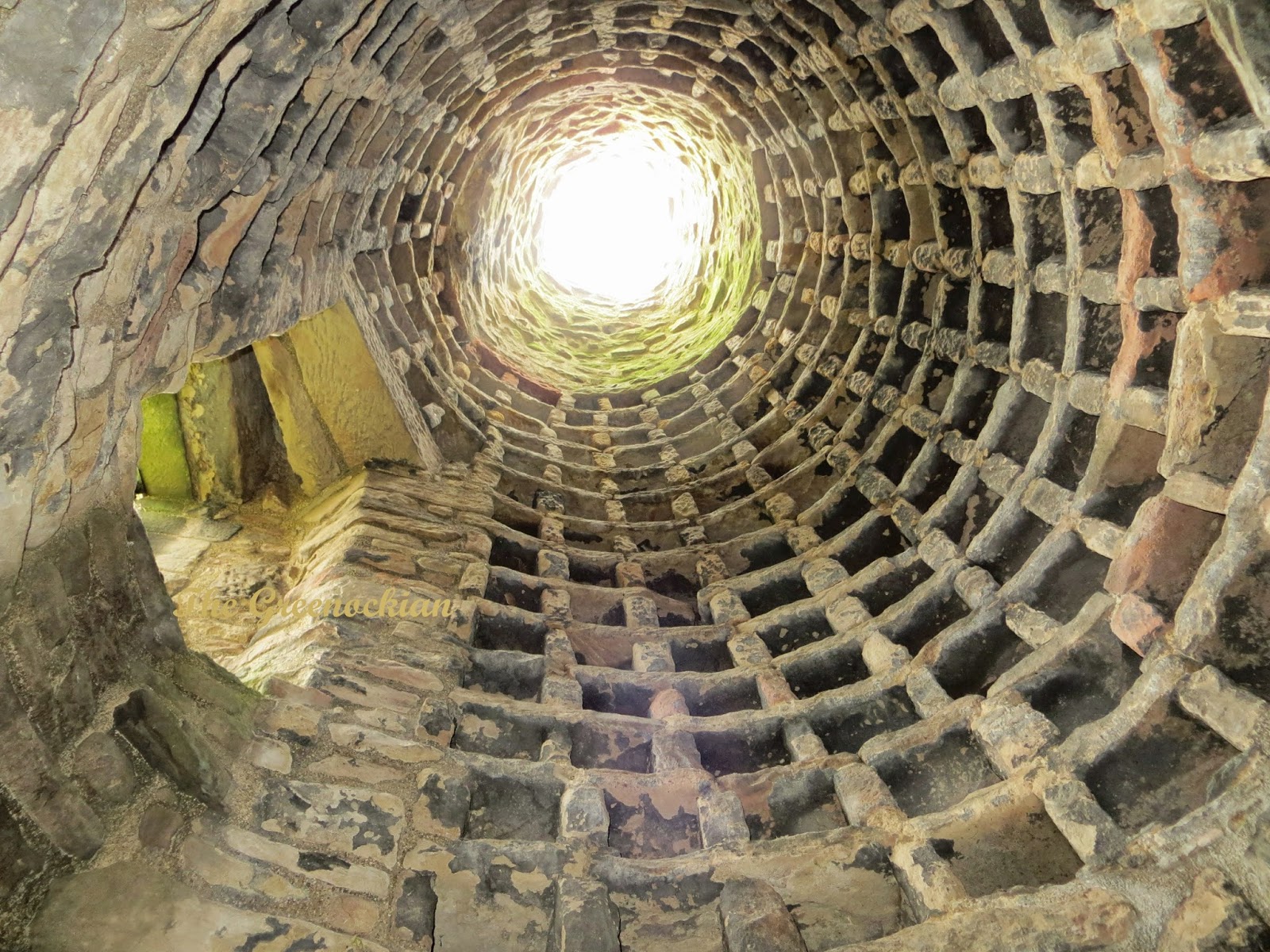 The meat and eggs could be eaten - a very good source of protein in winter at a time when cattle had to be slaughtered and the meat preserved in some way to last throughout the winter, which was not always successful.  The accumulated bird droppings could be used as fertiliser in the fields. 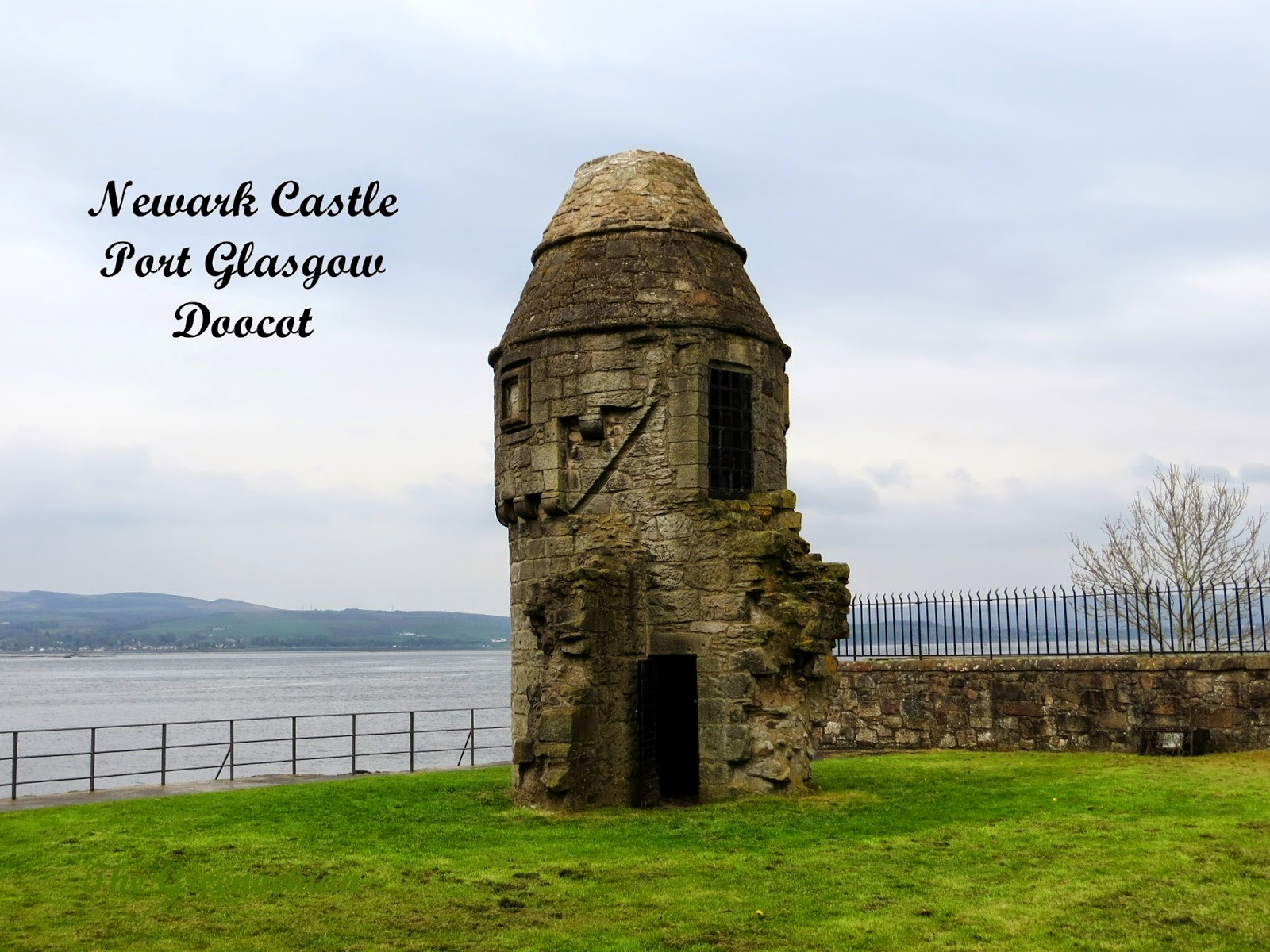 Doos were such a valuable resource that various laws were brought into place during the 15th and 16th centuries imposing strong penalties on anyone breaking into a doocot and stealing the birds.  The shooting of doos by bow or gun also incurred harsh punishments.  However, as their popularity increased, problems arose - the birds could decimate crops, leading to shortages.  Eventually by 1617 a law was brought in to ensure that there was only one doocot on each estate, depending on its size.  Once methods of feeding cattle over winter came into place, the need for bird meat declined and doocots fell into disuse. 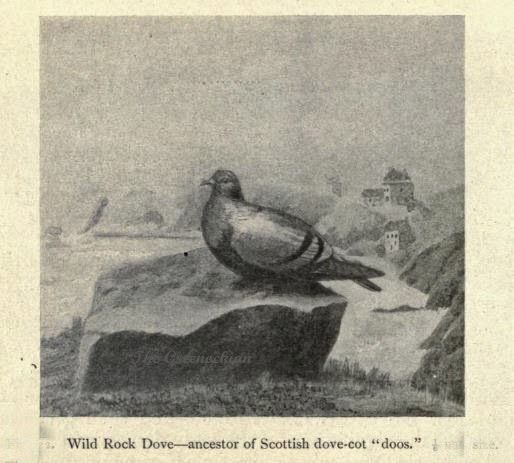 It is believed that the original inhabitants of doocots were rock doves which nested on rocky cliffs, most of the earliest doocots were on the coast built to attract these wild birds. 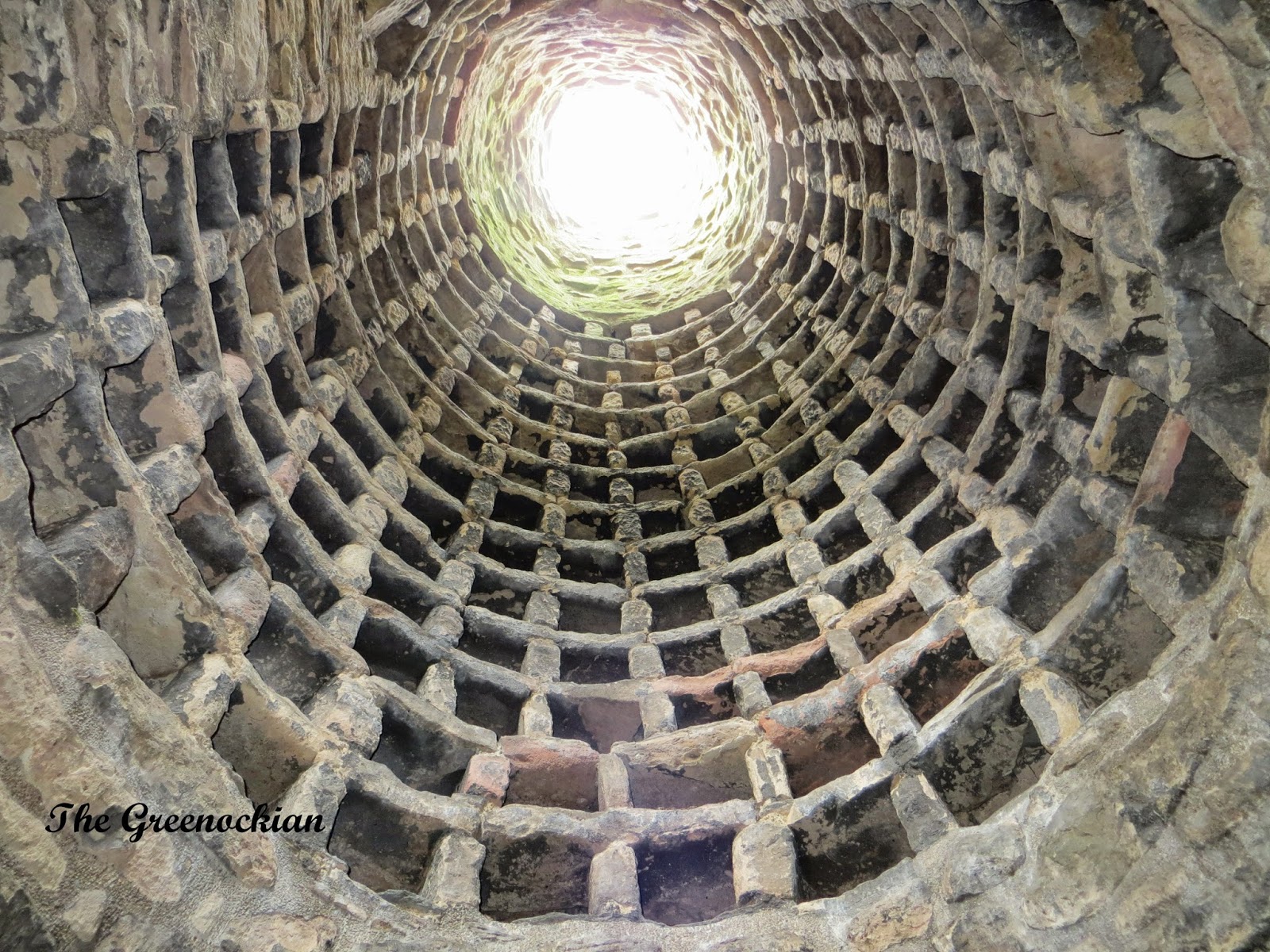 This lovely and picturesque example at Newark Castle in Port Glasgow which once stood at a corner of the outer wall was also used as a lookout post.  Because the door could be locked it was a convenient place to keep prisoners and other undesirables!
The Greenockian

One of Greenock Esplanade's landmarks, the buoy, has had a new coat of paint and looks really smart.  It has a bit of a history. 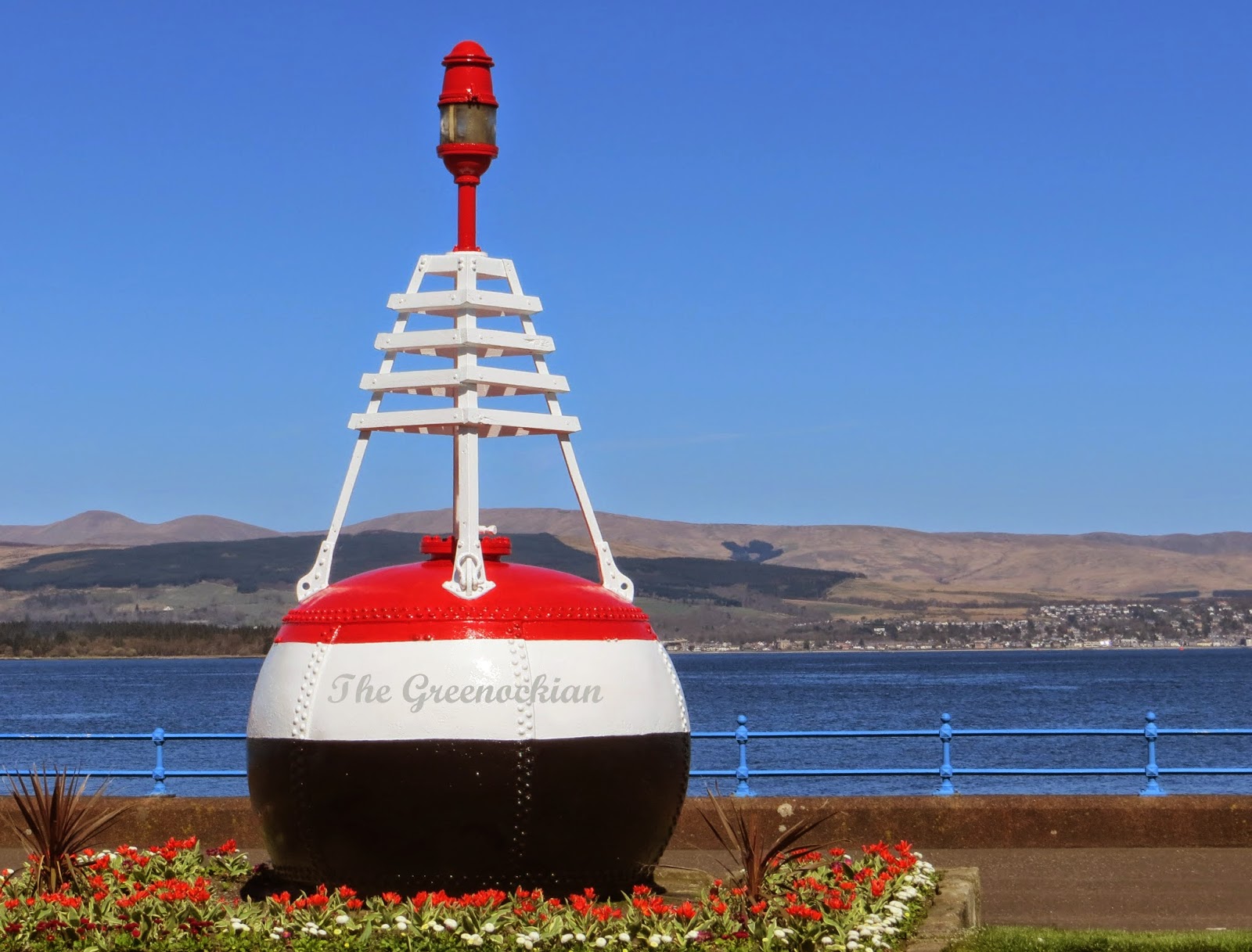 The plaque on it reads -

Clyde Lighthouses Trust
This buoy was laid down by the Trustees at Rosneath Patch in 1880.
It was the first flashing Buoy to be established to aid navigation.
D & T Stevenson
Engineers to the Trust


"There is scarcely a harbour or  navigation  in Scotland about which at some time he did not give valuable advice." Biographical Sketch of the Late Robert Stevenson (1861). 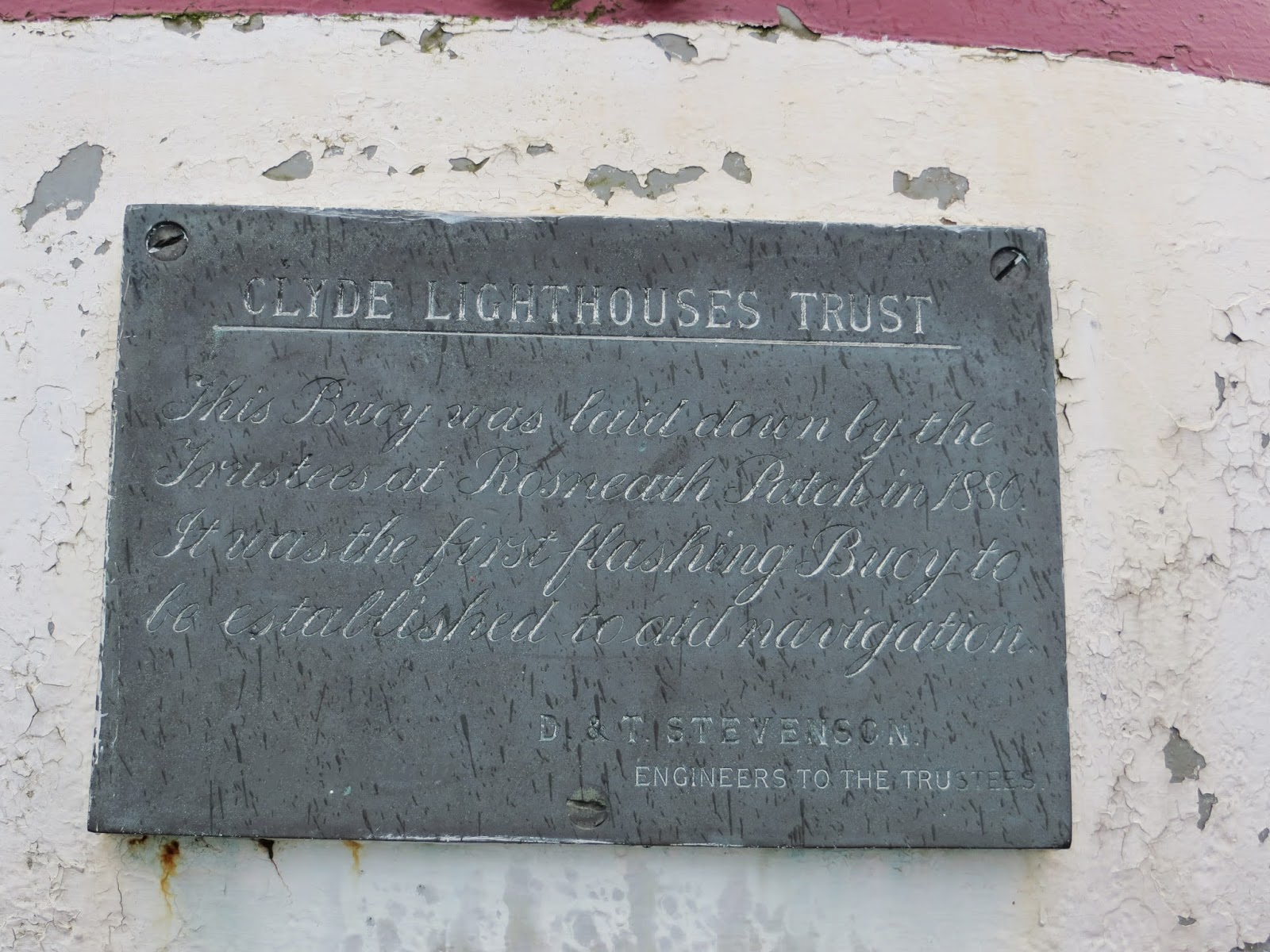 David and Thomas designed and built lighthouses as well as inventing aids to navigation like the flashing buoy pictured, which used compressed gas to light the lamp.  They were an inventive and hard working family.  The next generation also produced engineers. 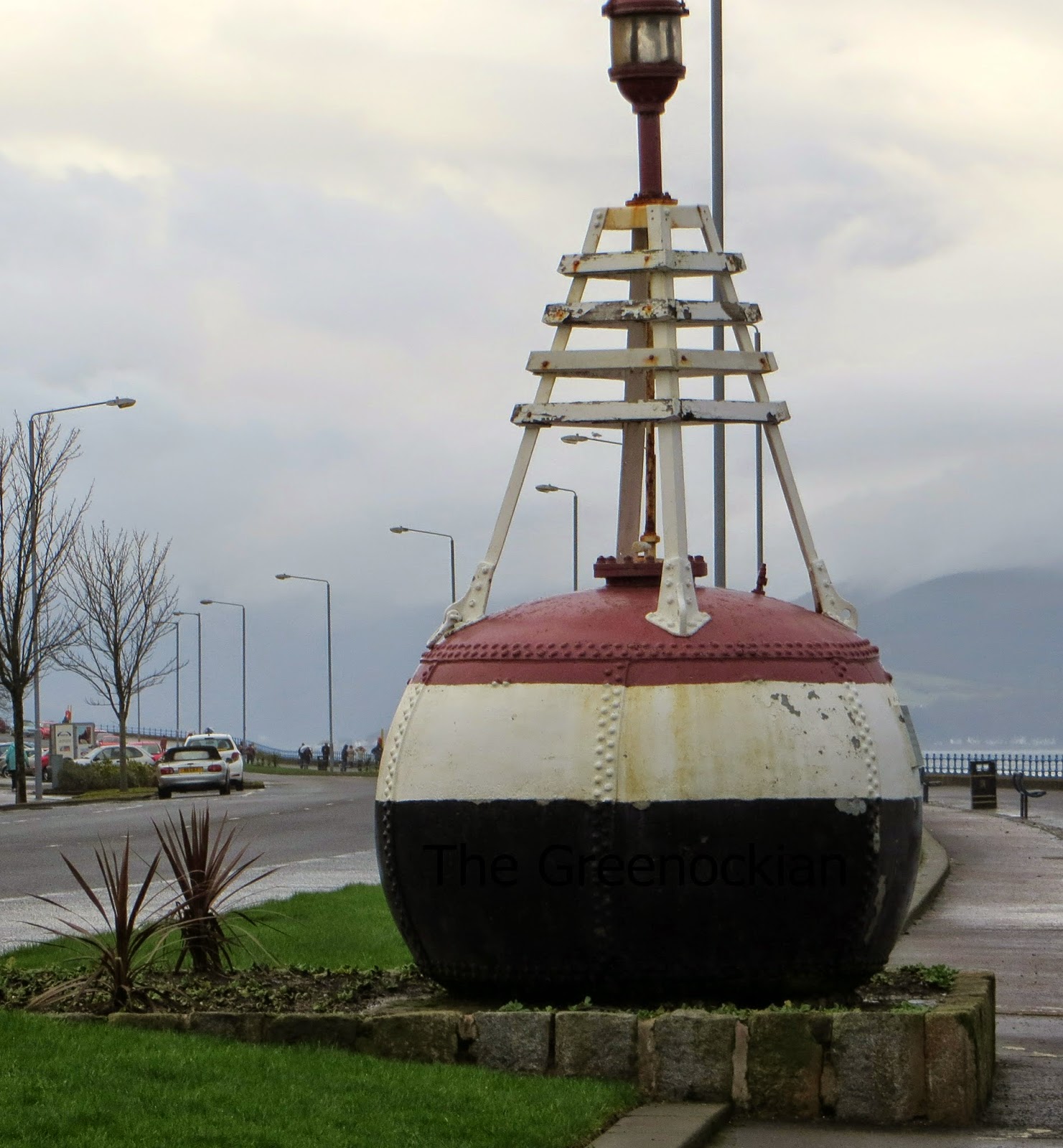 The writer, Robert Louis Stevenson was the son of Thomas and you can read his account of the history of this remarkable family here.

Email ThisBlogThis!Share to TwitterShare to FacebookShare to Pinterest
Labels: Esplanade

On the Clyde - Yachts

It has been the most beautiful day here in Greenock.  The sky was blue and you could see across the river very clearly.  There were lots of small yachts out sailing. 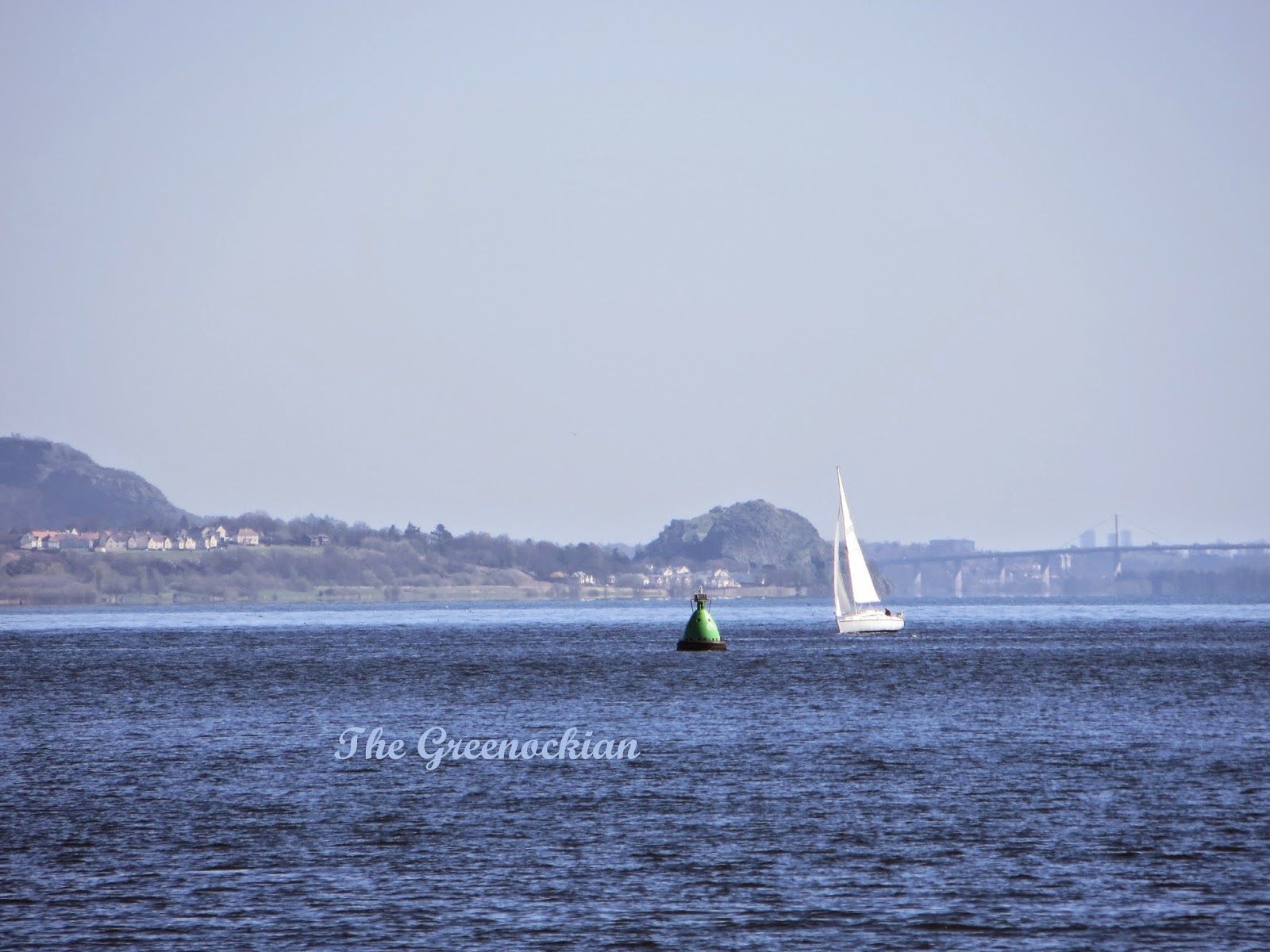 In this photo you can see Dumbarton rock to the left of the yacht and the Erskine Bridge on the right. 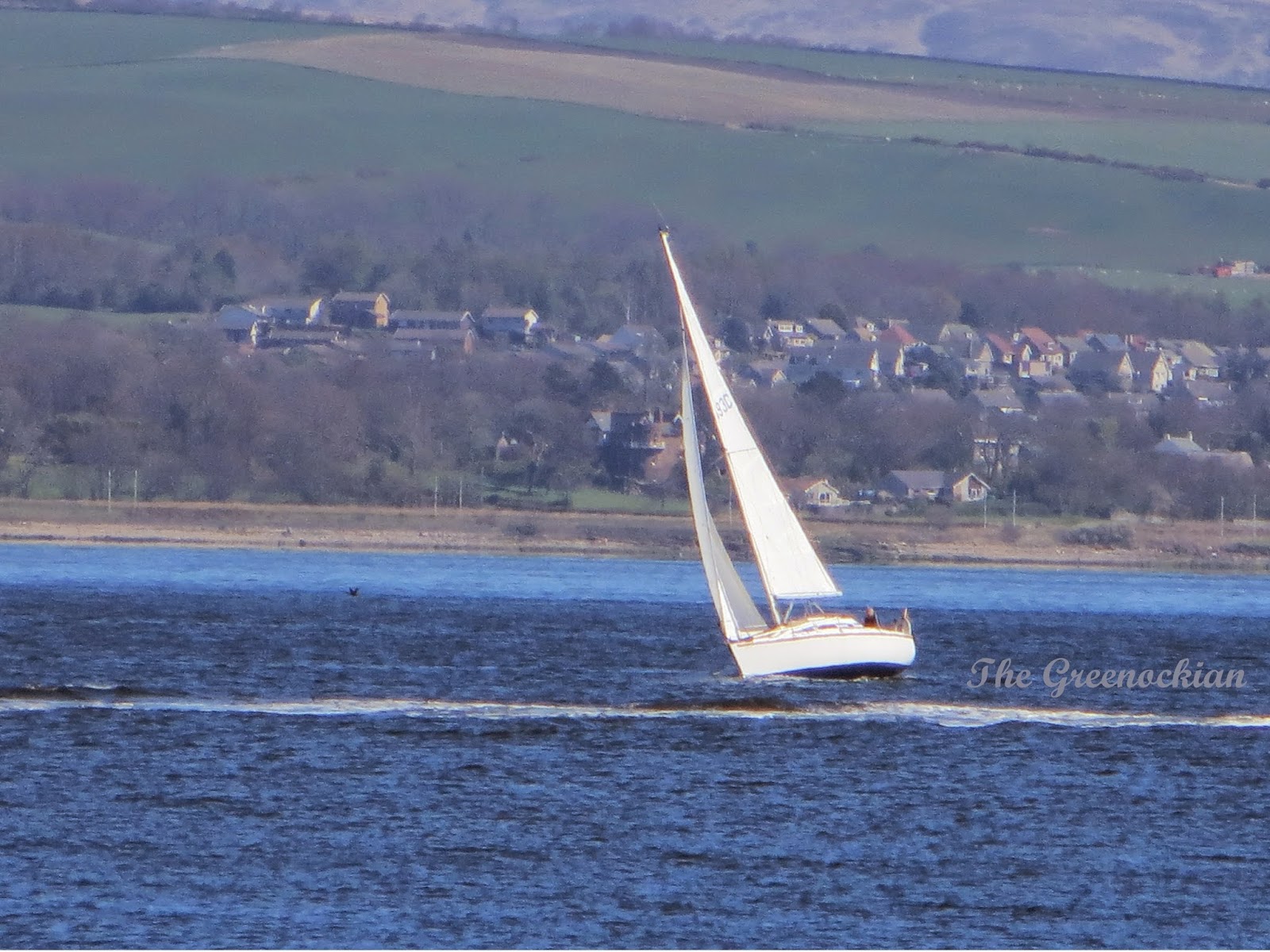 The River Clyde at its best! 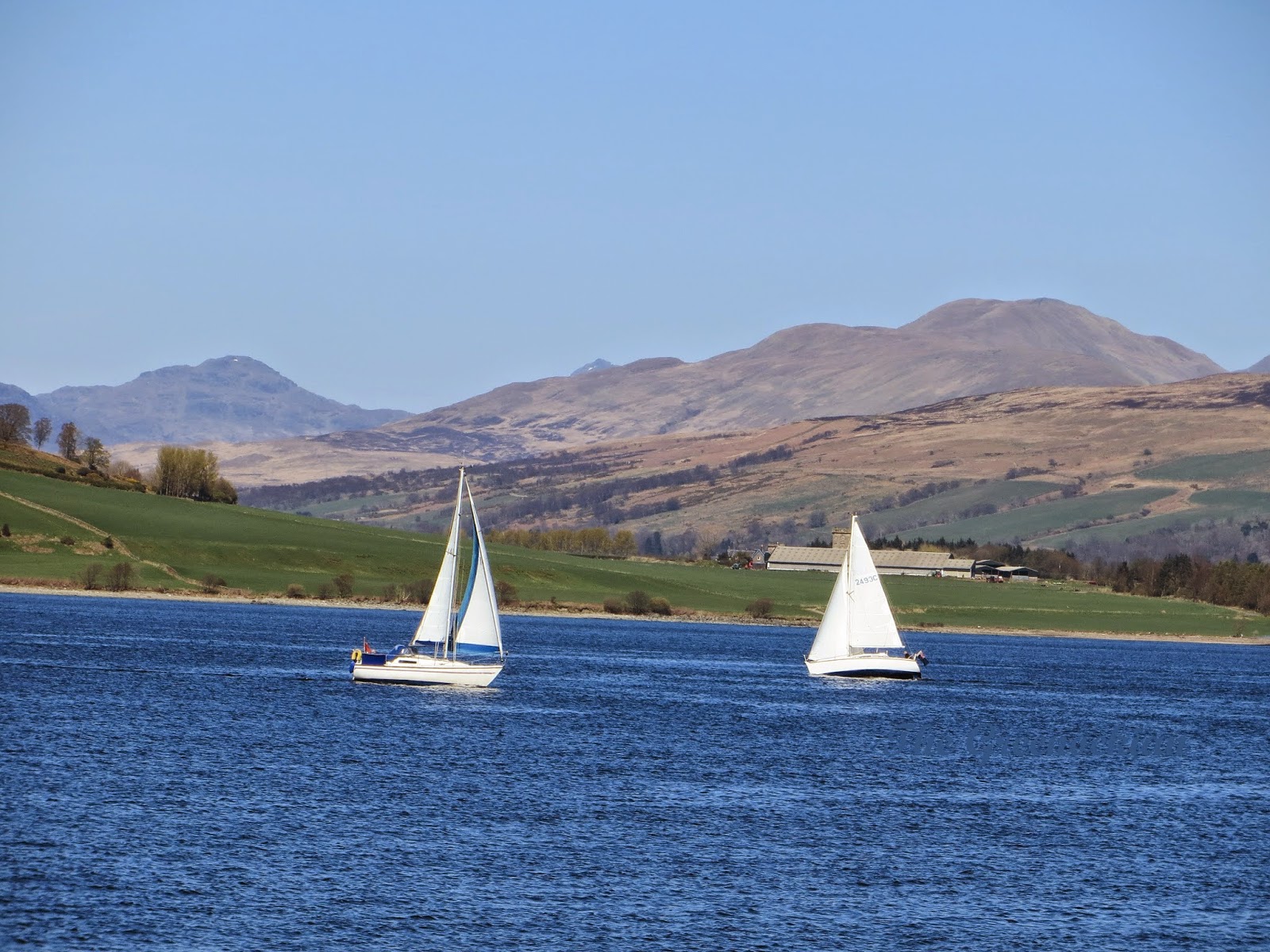 On the River Clyde - Aasvik

Greenock got a couple hours of beautiful sunshine (well, almost) yesterday and I went walking along the Esplanade. 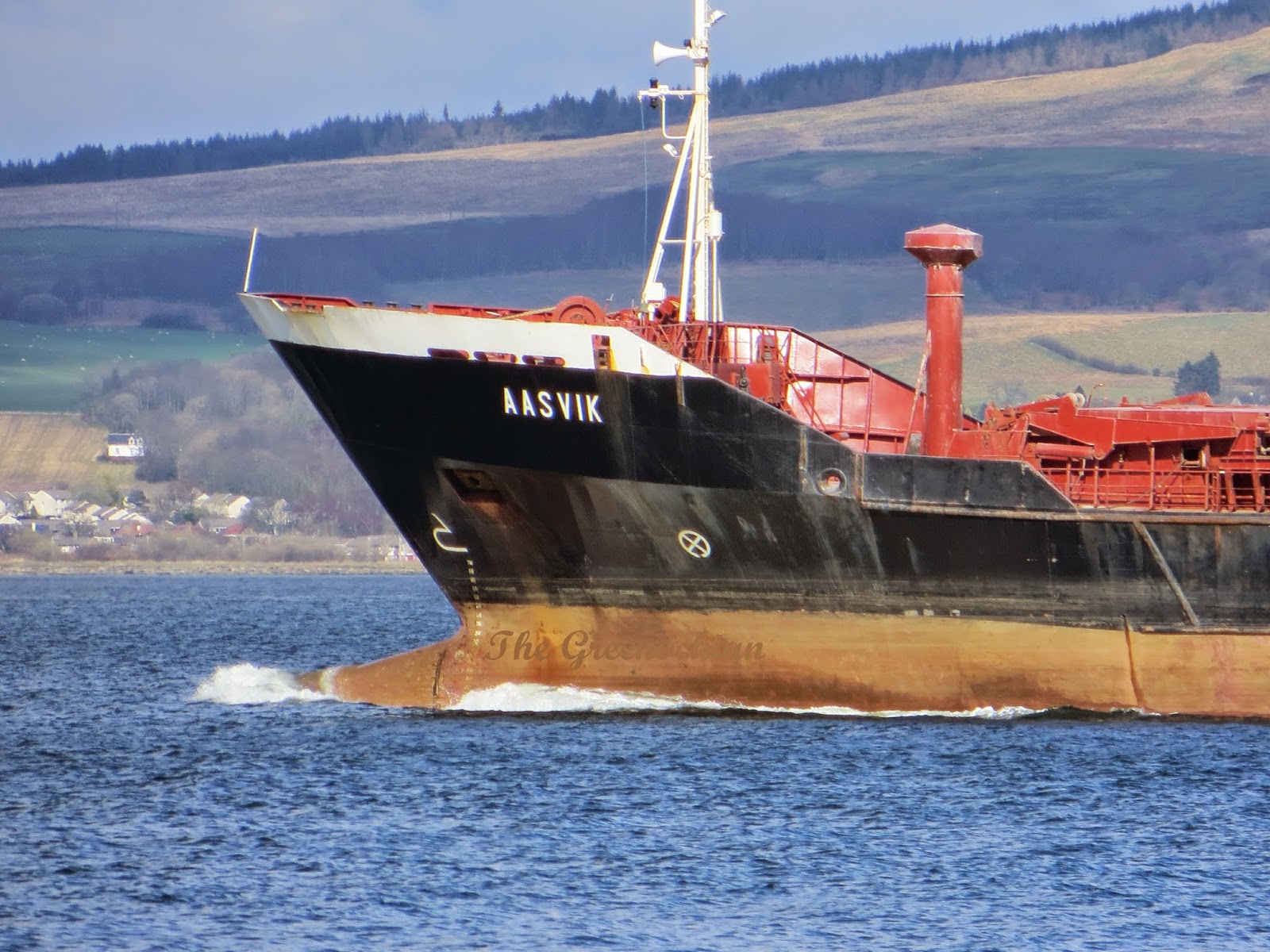 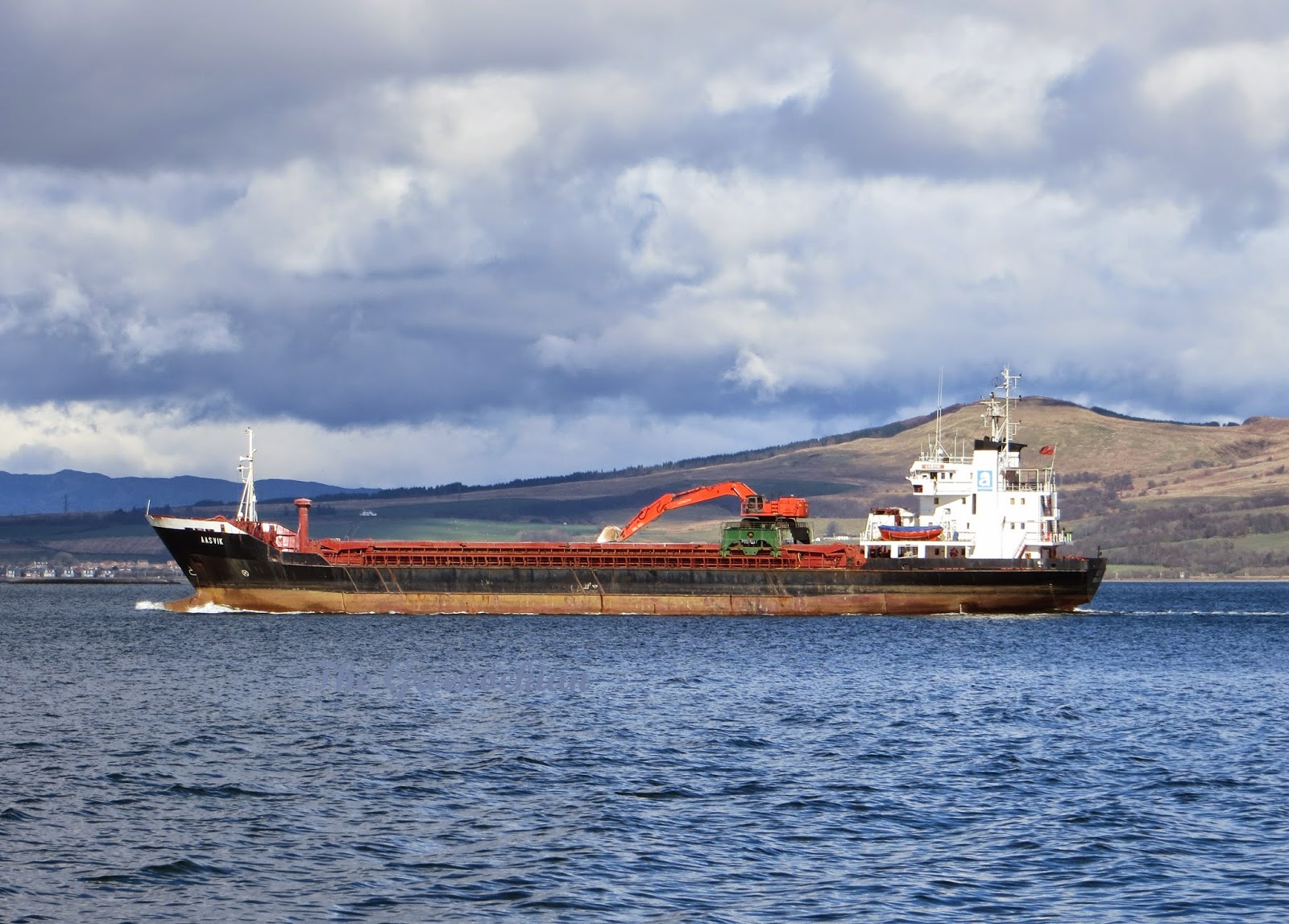 Got some photographs of the bulk carried Aasvik passing the Pilot Station at the Campbell Street end of the Esplanade. 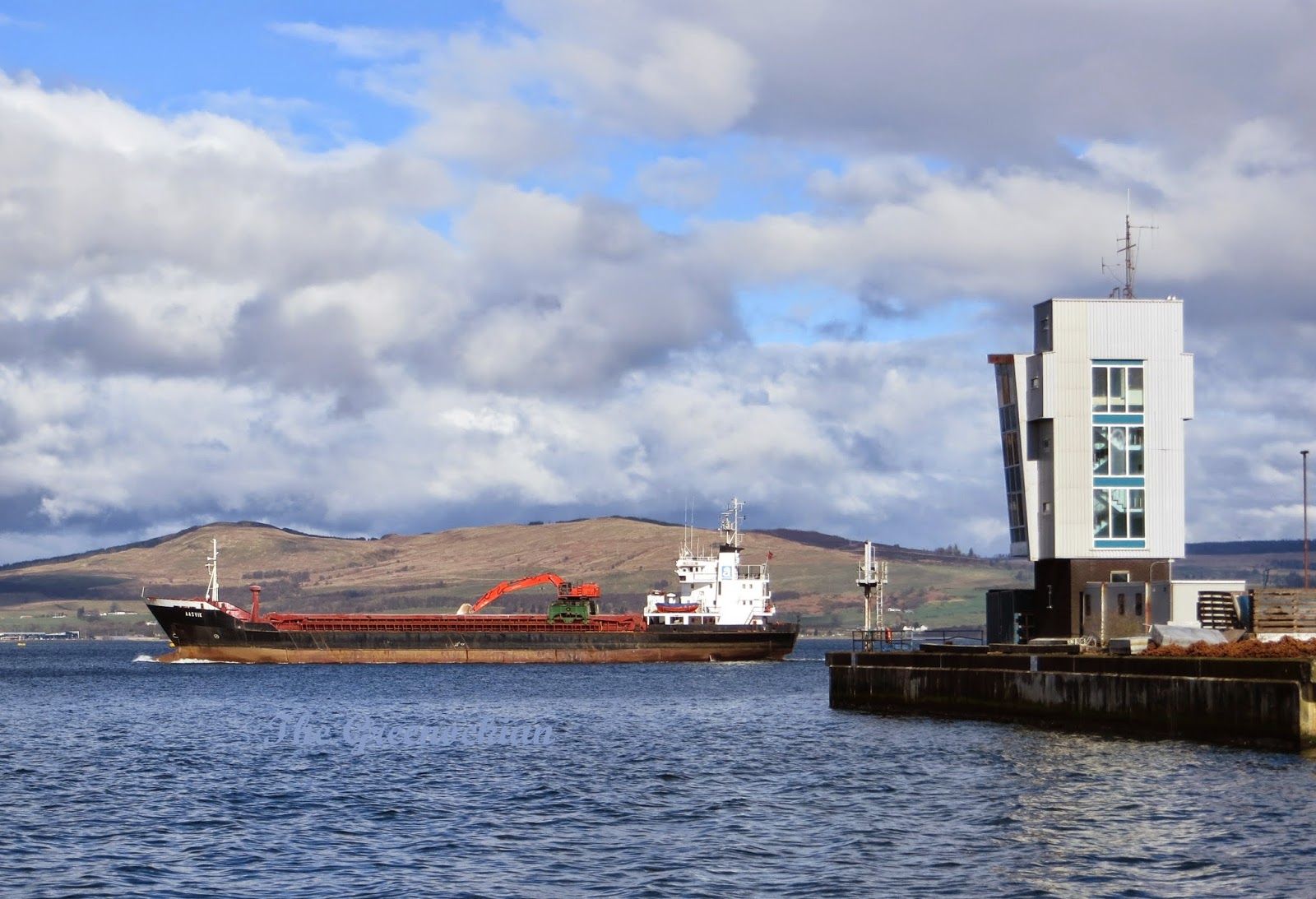 It is Tartan Day today. 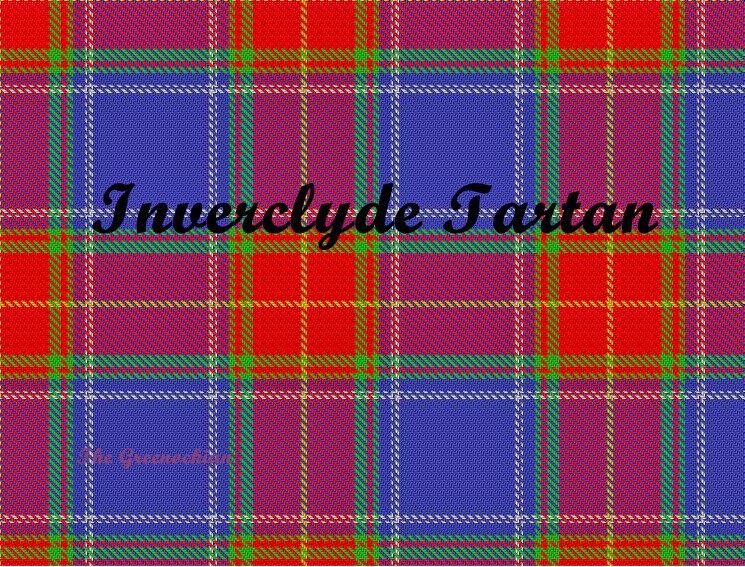 This is the tartan for Greenock - it is the Inverclyde Tartan.  Tartans come in all colours and mixes.  There are tartans for clan names, countries, organisations - all sorts of tartans!

If you would like to find out if there is a tartan for your name or area then go to the Scottish Register of Tartans where you can search a fabulous database to find out your tartan.  You will be amazed at the selection on offer.