Achilles in the trenches

The poetry of those who fought and died in the Great War is quite special.  Usually it is the same works that we hear year after year.  Recently I came across a poem written by a man with links to this area - Patrick Shaw-Stewart. 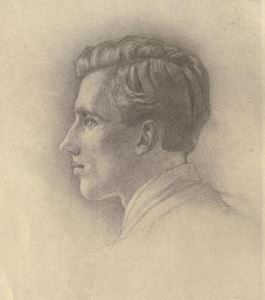 The poem itself is a reflection of his classical education as well as a  reminder that many of the battles of World War I were fought in places which had seen much conflict in antiquity.  The poem is called 'Stand in the Trench, Achilles' and was written at Gallipoli.

I saw a man this morning
Who did not wish to die
I ask, and cannot answer,
If otherwise wish I.

Fair broke the day this morning
Against the Dardanelles ;
The breeze blew soft, the morn's cheeks
Were cold as cold sea-shells

But other shells are waiting
Across the Aegean sea,
Shrapnel and high explosive,
Shells and hells for me.

O hell of ships and cities,
Hell of men like me,
Fatal second Helen,
Why must I follow thee ?

Achilles came to Troyland
And I to Chersonese :
He turned from wrath to battle,
And I from three days' peace.

Was it so hard, Achilles,
So very hard to die ?
Thou knewest and I know not-
So much the happier I.

I will go back this morning
From Imbros over the sea ;
Stand in the trench, Achilles,
Flame-capped, and shout for me.

Patrick Shaw-Stewart died in battle in France in December 1917 aged just 29.  This is how he met his death -
"It was in the early morning, about dawn; he was going round his line; the Germans put up a barrage.  The gunner pressed him to send up the S.O.S. rocket, but Patrick refused, and maintained that it was only a minor raid on another part of the line, and that if he sent up the S.O.S. signal the people would only think he was "windy".  As a matter of fact, they did make a big attack about an hour later, and his battalion was the only one that did not give ground.
He was hit by shrapnel, the lobe of his ear was cut off and his face spattered so that the blood ran down from his forehead and blinded him for a bit.  The gunner tried to make him go back to Battalion H.Q. to be dressed, but he refused, and insisted on completing his round.  Very soon afterwards, a shell burst on the parapet, and a fragment hit him upwards through the mouth and killed him instantaneously."

Patrick seems to have had a keen intellect and had the typical education of an upper class boy of his era - Eton followed by Balliol College at Oxford where he graduated with a First in Greats.  He joined Barings Bank and became a managing director before the age of twenty-five.   From the beginning of 1914 until just before the start of the war he was in America and Canada on business with the Bank.  On his return he became an interpreter for the Naval Division in Dunkirk.  He was a member of Hood's Battalion.

His biographer was Robert Arburthnott Knox whom he had known since he was young and with whom he corresponded throughout the war.

Posted by The Greenockian at 15:38