New York and Toronto have their flatiron buildings - they are tourist attractions in their own right and must have been photographed millions of times.  Greenock has a building which is just as magnificent and is a wonderful (almost) triangular shape.  Here it is -

Not quite something tourists would really want to photograph!  The building was once a sugar refinery (or sugarhouse, as we call it) here in Greenock.  It is one of my favourite buildings in the town, despite its derelict appearance.  It is a fabulous shape and the brickwork is wonderful. 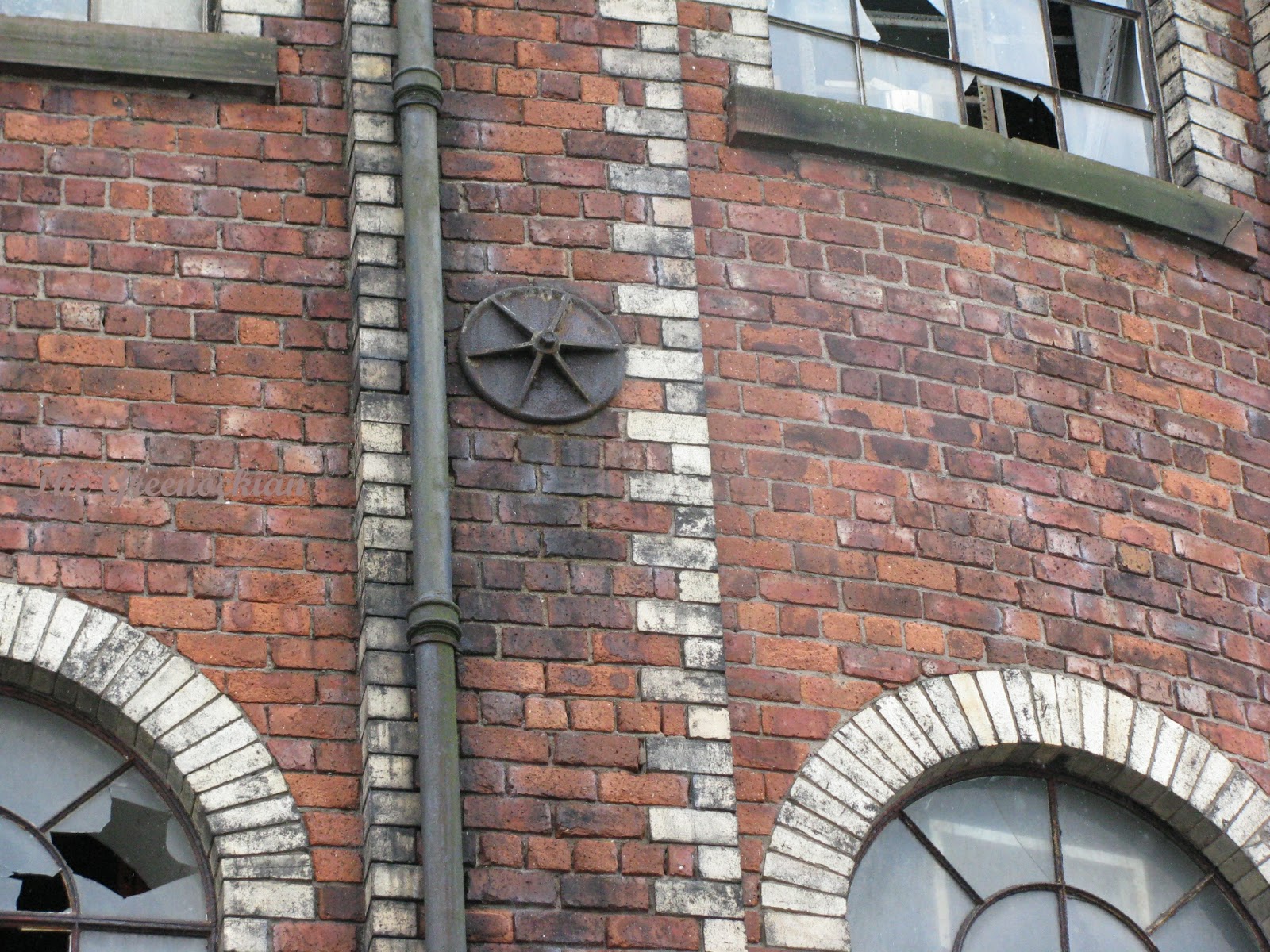 Built in the 19th century, it was the Glebe Sugarhouse in the days when sugar refining was an important industry in Greenock.  I've already written about Abram Lyle and the connection with Tate and Lyle sugar.  You can read it here. 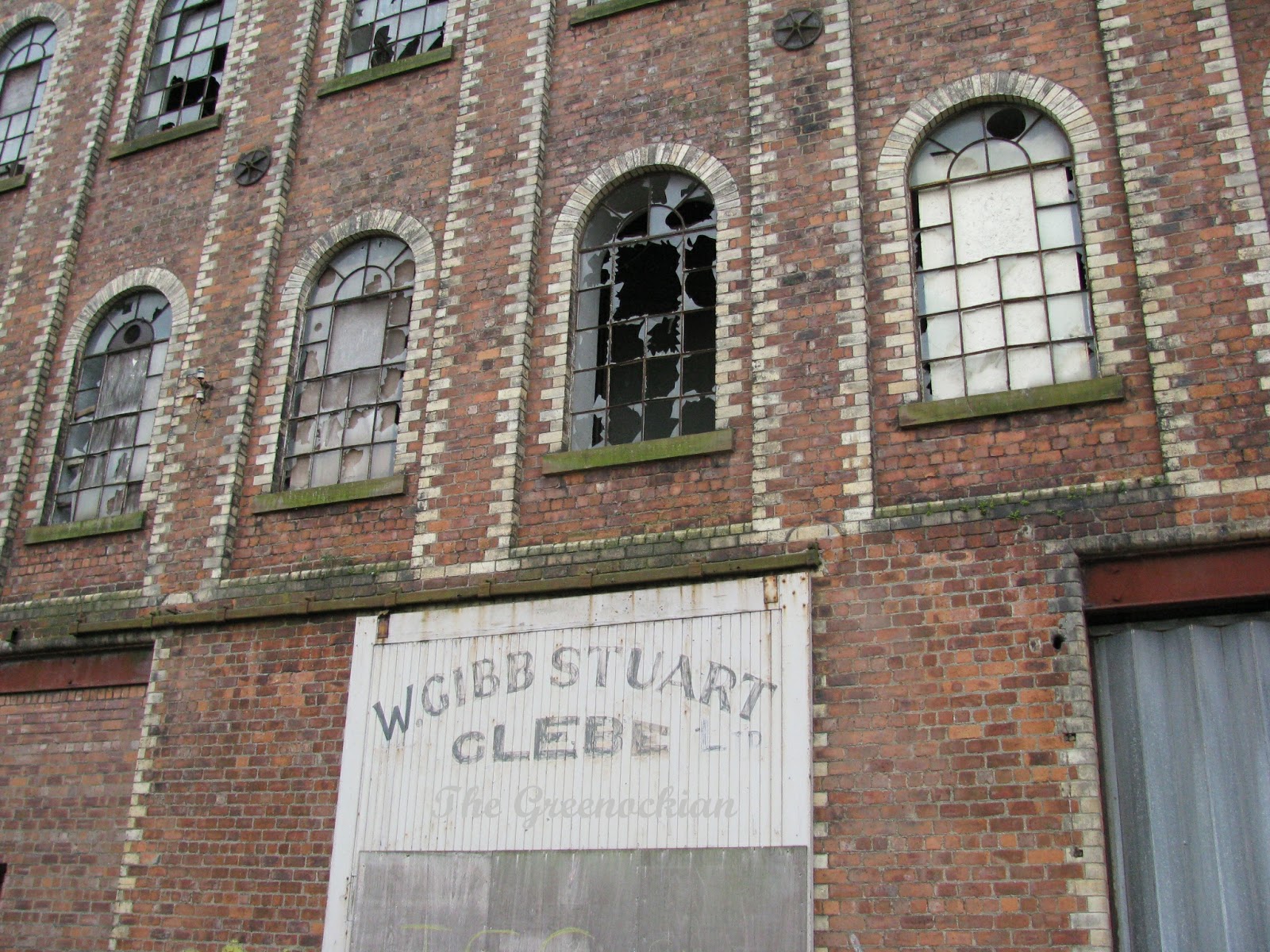 The building has been unused for some time now.  It has been left ruinous.  Pigeons fly in and out of the broken windows.  It lies among waste ground abandoned and forlorn.  The windows facing the street have now been boarded up.  An Aldi supermarket has now been built right in front of it. 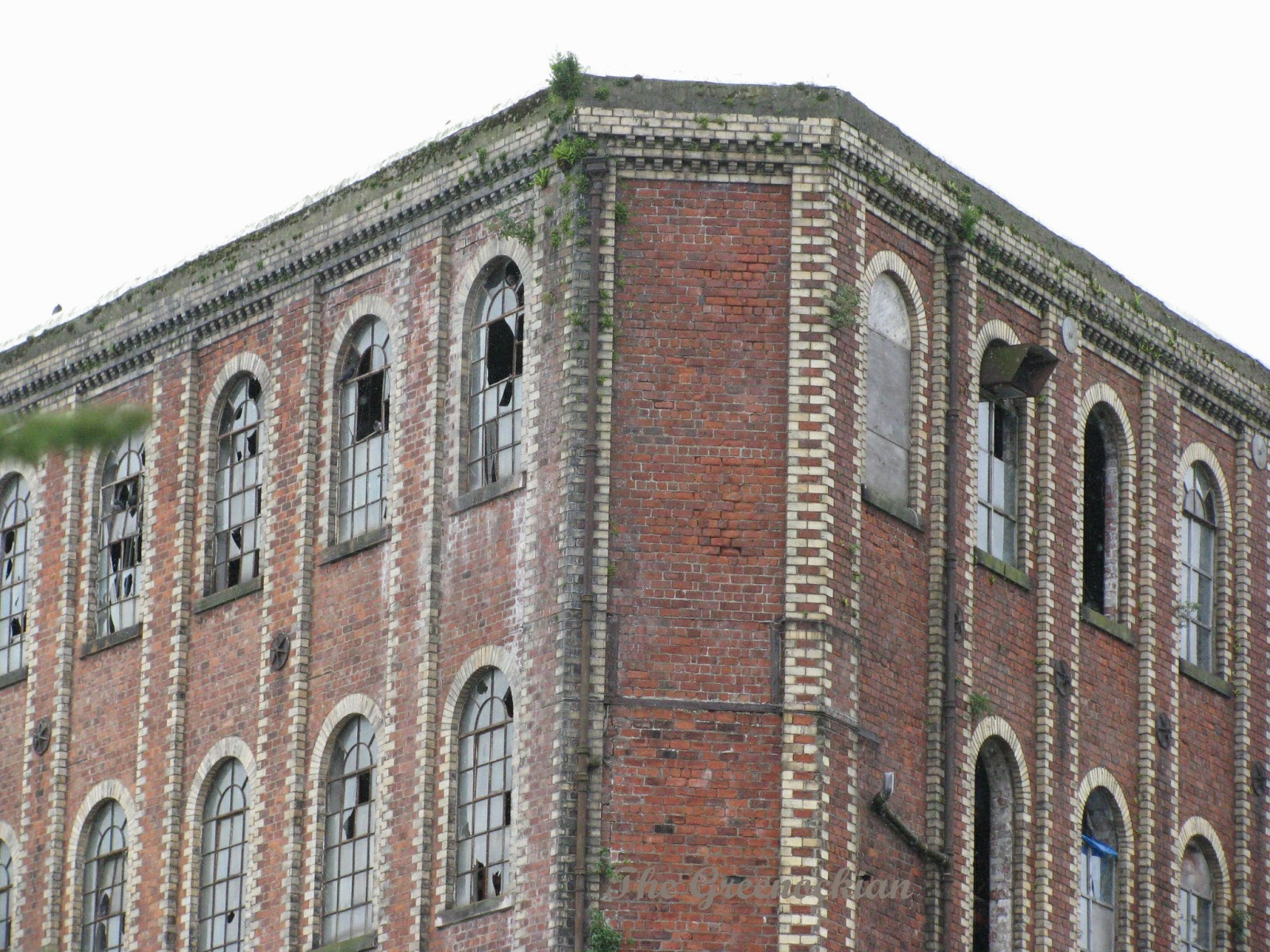 It is situated right across the street from the container terminal which is where the large cruise liners dock when they visit the west coast - bringing thousands of tourists to the area.  What a great first impression  …………………. not! 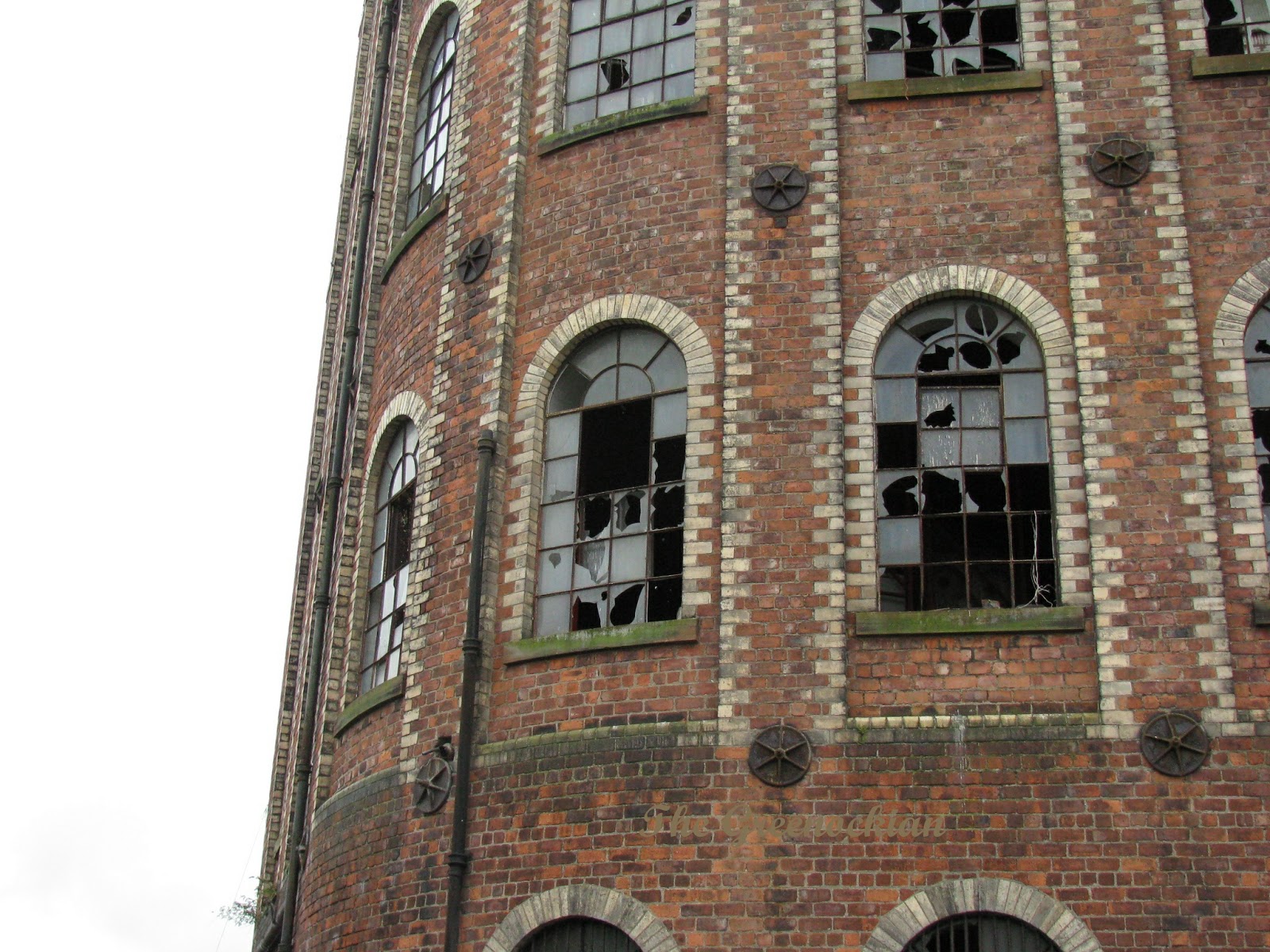 But how wonderful it could be and what a great asset for Greenock if only someone with money and vision would take it over.  Personally, I would turn this building into a heritage centre for Greenock.  I would have a first class café, with some pretty little shops on the ground floor.  Arts, heritage centre and gallery on the upper floors.  A bar and restaurant on the top floors which would have amazing river views! It could be magnificent! 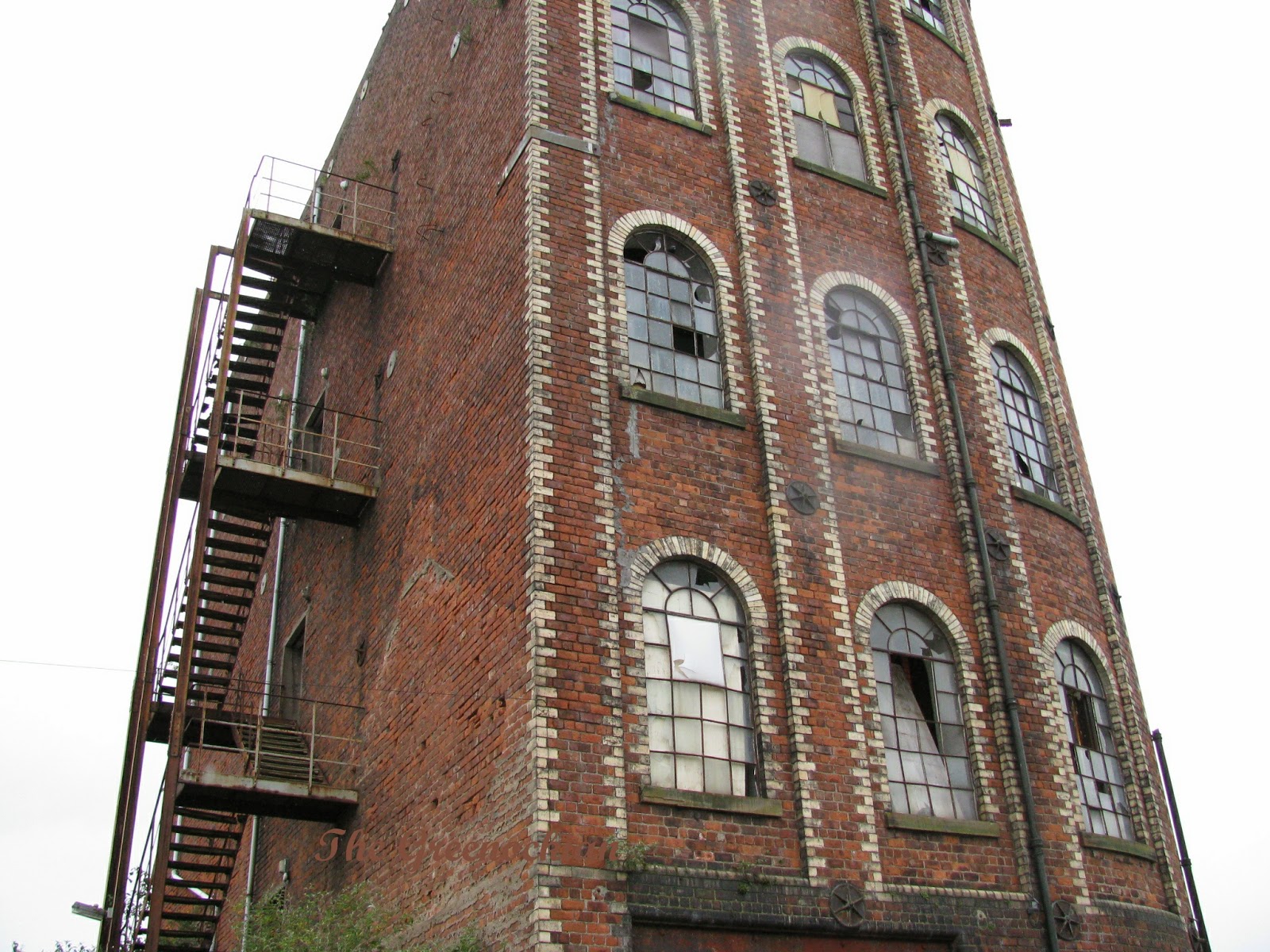 In the meantime, I pass by and dream. 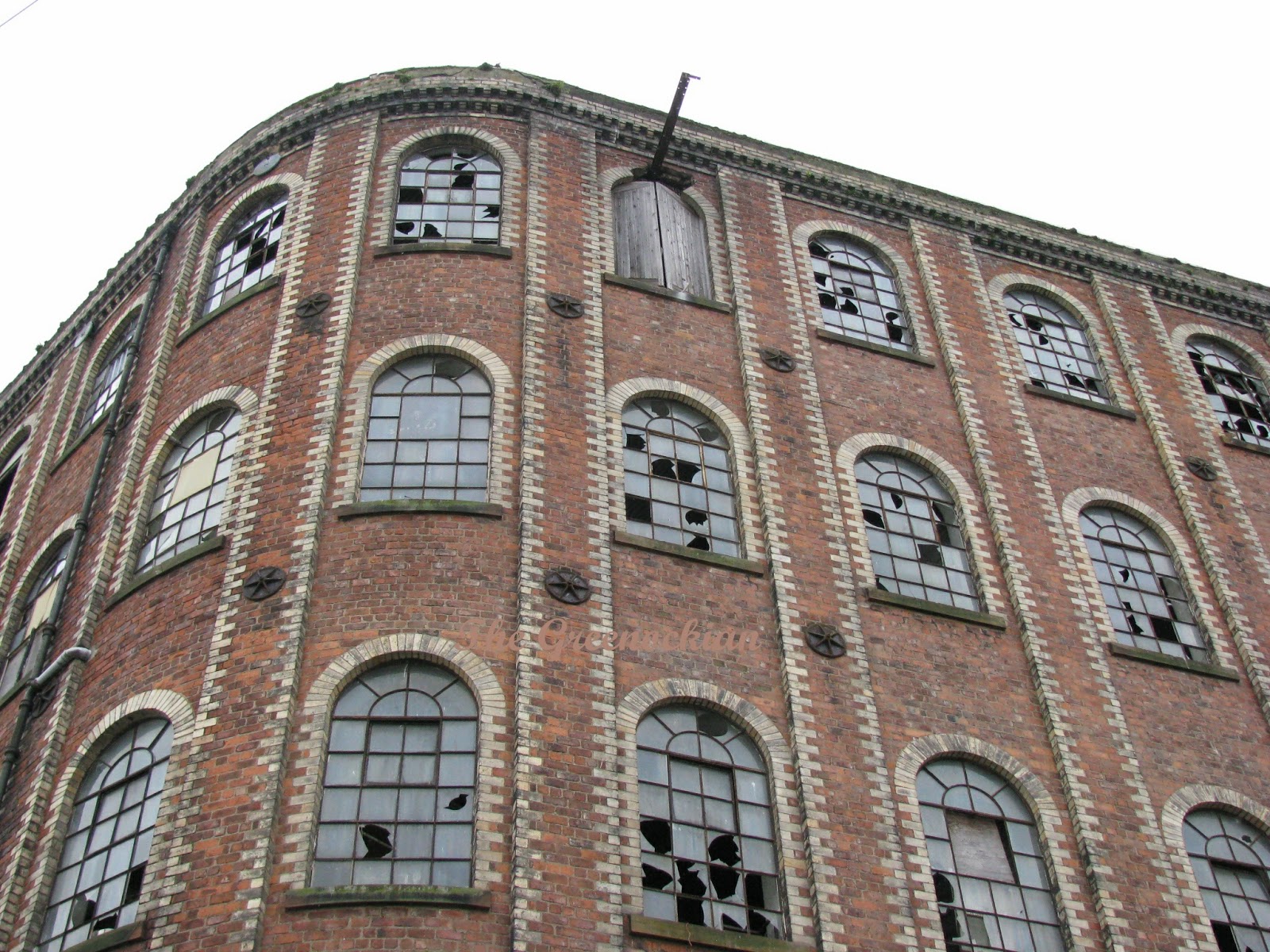