Two smaller replicas of Falkirk's Kelpies have been installed in Bryant Park in New York as part of the celebrations for Tartan Week. 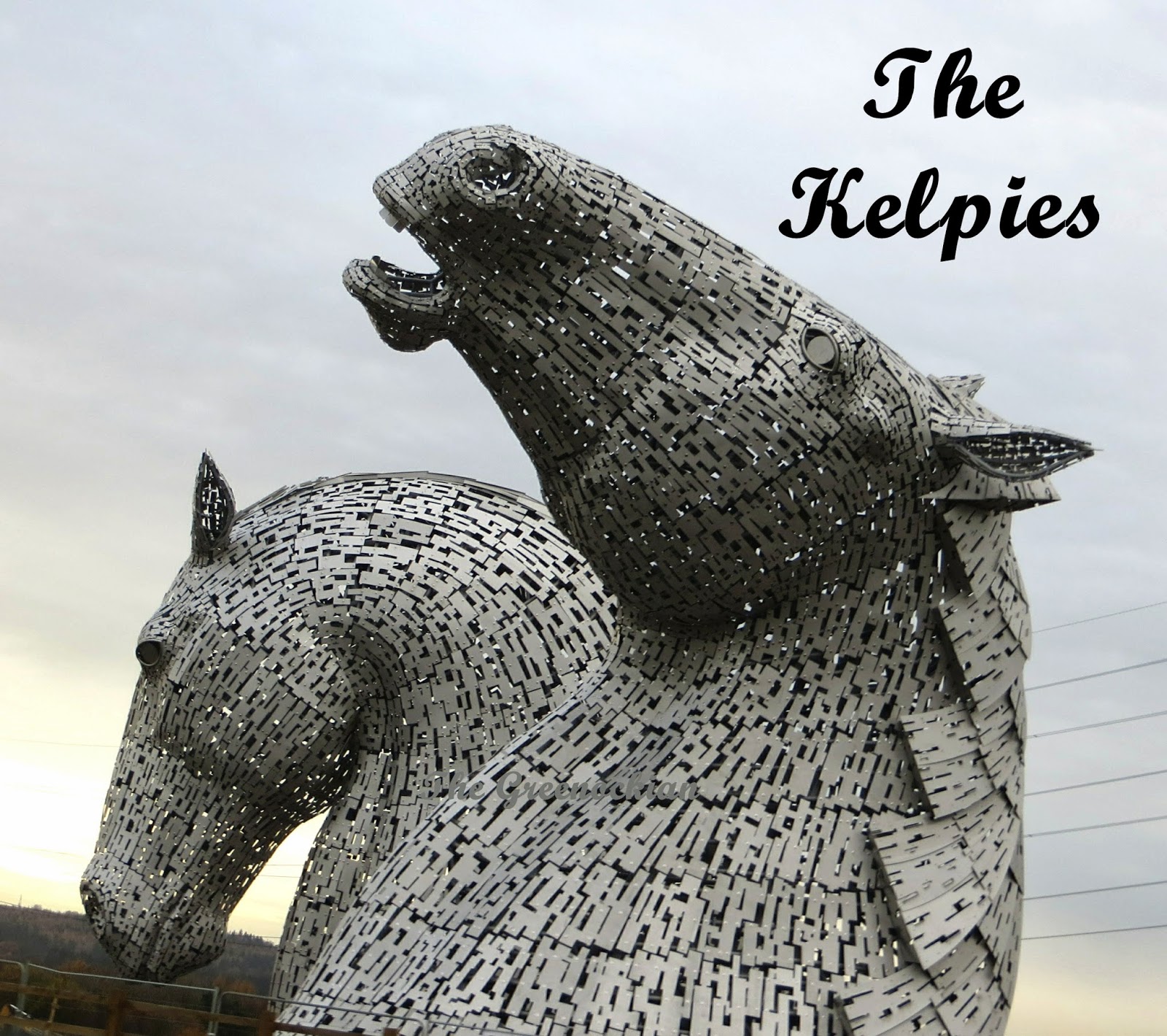 The originals, on the Forth and Clyde Canal near the Falkirk Wheel, wonderfully dominate the skyline as you drive past.  Over 30 metres high, they are a tribute to the working horses of industrial central Scotland.  Kelpies were mythological horses of amazing strength.  Falkirk's Kelpies are by the artist Andy Scott and even have their own website here which has some wonderful photographs. 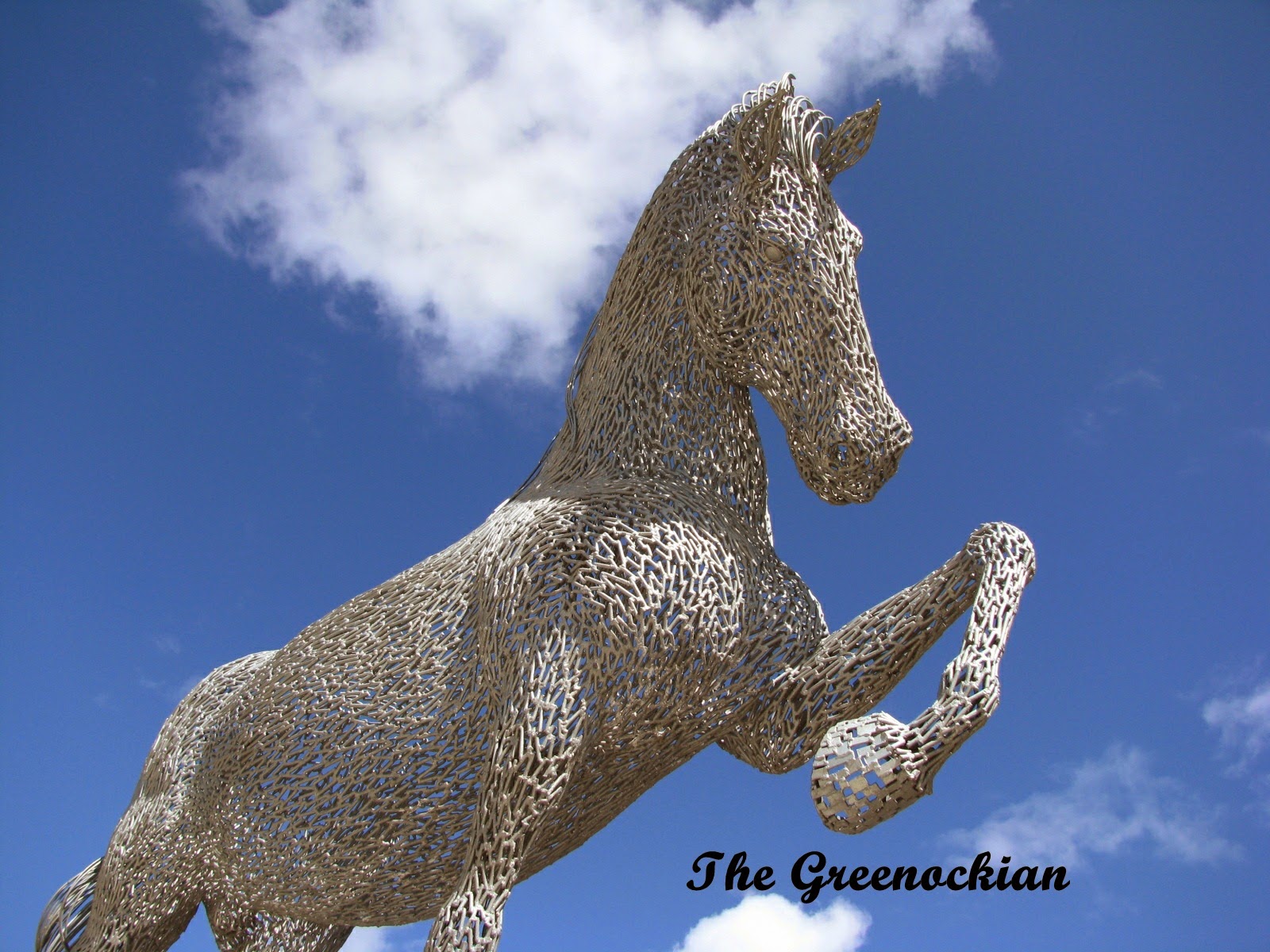 Greenock has its own horse by Andy Scott.  Meet Ginger the Horse who is situated in the piazza at the east end of Cathcart Street.  We are told that Ginger represents all the horses who pulled carts down at Greenock's docks, and one in particular who was being backed up to unload his cart onto the dockside.  Unfortunately the cart did not stop and plunged into the river - taking poor Ginger with it.  Ginger could not be saved and his owner was distraught.  This, apparently is a true story and took place on 23 October 1889. 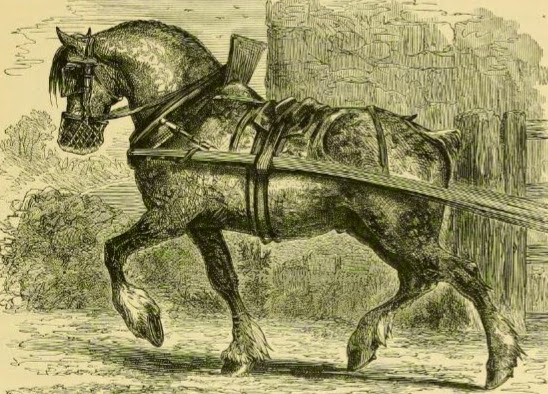 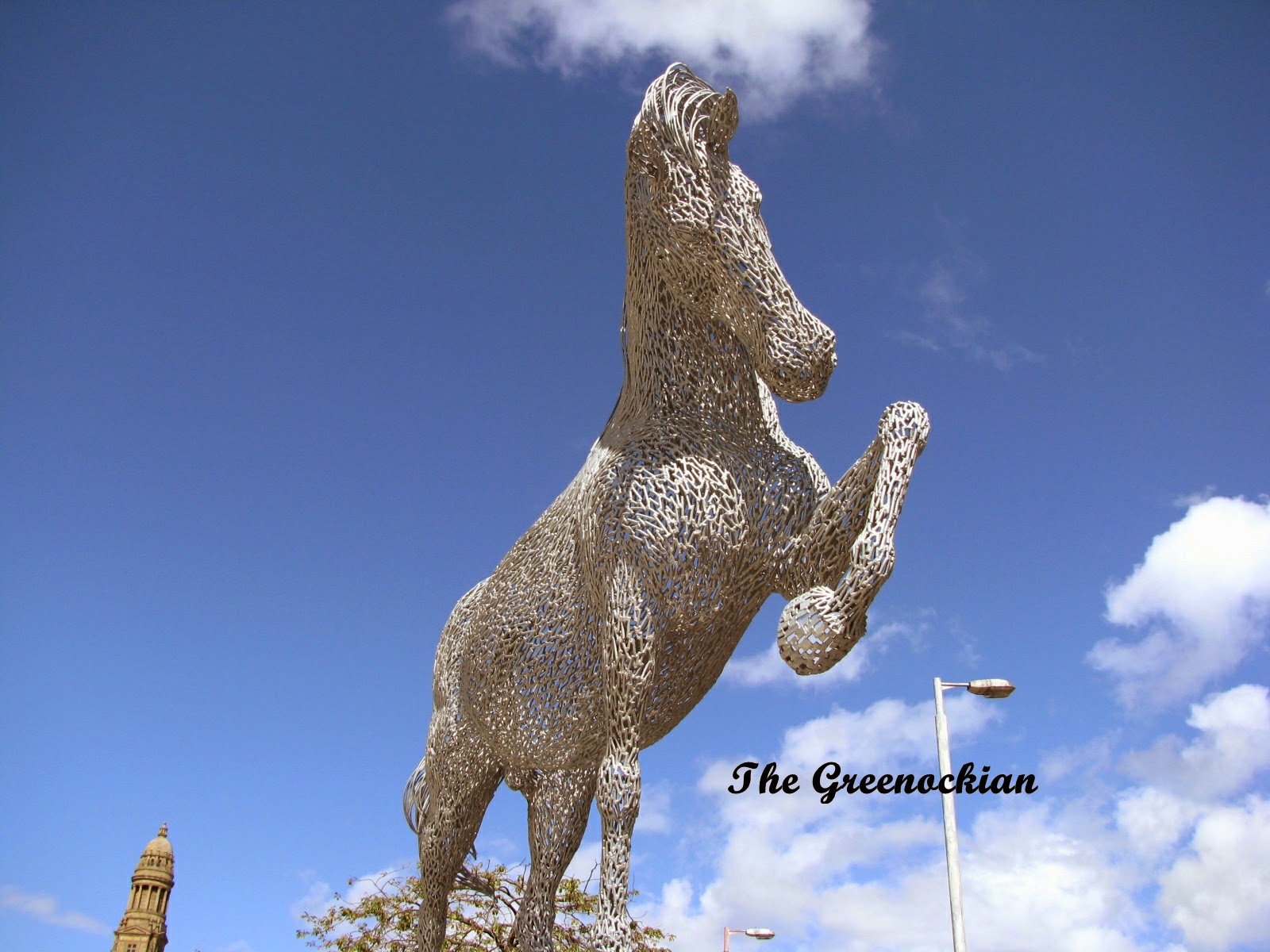 So that's Greenock's Ginger the Horse!  Think I prefer the Kelpie myths!


Talking of cart horses, did you know that it was Greenock's own James Watt


who coined the term "horsepower"? 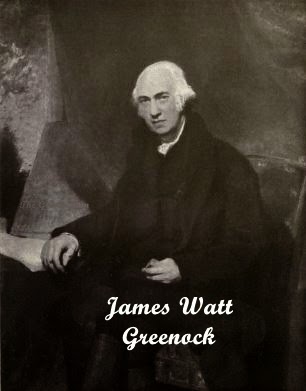