The ship Carolina Merchant sailed from Gourock in July 1684 with the kidnapped ElizabethLinning on board.  She had been taking farewell of relatives, some of the 35 Covenanter prisoners on board the ship.   In his book “The History of the Sufferings of the Church of Scotland”, Robert Wodrow lists the names of some of those transported – James McClintock, John Buchanan, William Inglis, Gavin Black, Adam Allan, John Galt, Thomas Marshal, William Smith, Robert Urie, Thomas Brice, John Syme, Hugh Syme, William Syme, John Alexander, John Marshal, Mattew Mackan, John Paton, John Gibson, John Young, Arthur Cunningham, George Smith and John Dowart.


Another person who went on board the Carolina Merchant while it lay at Gourock was the brother of Lord Cardross, John Erskine of Carnock who described the ship as being of “170 tons and carried 16 guns”.  He also writes that when the ship set sail, a trumper “sounded several times which was truly pleasant”.

The journey was certainly not a pleasant one.  It was reported –
“Captain James Gibson commanded the vessel, and is reported to have been very rude to the poor prisoners, who were about thrity-two in number.  And his seamen and under-officers were yet harsher.  Any small money their friends had scraped together for them before they sailed was taken from them and they could have no redress.  They were disturbed when at worship under deck and threatened; whenever they began to sing psalms the hatches were closed upon them.”
Food and water were severely rationed and many became ill while on board.

Many were still very ill when they reached Charles Town in October 1684.  They were put in houses under guard in the town and their possessions sold without their consent.  Two prisoners escaped, but were recaptured, severely beaten and condemned to perpetual servitude.  Many of the prisoners died in the colony.  It is thought that only about six ever managed to return to Scotland.

As well as the prisoners, there were other passengers on board the Carolina Merchant.  Henry Erskine, Lord Cardross wished to set up a colony which would have religious freedom and had brought on board a group of people who were to settle there.  William Dunlop who would later become Principal of Glasgow University was also with Cardross.

Once ashore, many of the settlers became ill with malaria.  The survivors moved on and set up their settlement named Stuart Town (near the present day Beaufort, South Carolina).  William Dunlop became their minister.  However trouble soon started when they began trading with the local Native Americans.  They also attacked a nearby Spanish settlement.  In 1686 the Spanish retaliated and attacked Stuart Town, plundering and setting fire to it.  Many of the settlers were killed.  A few escaped and went back to Charles Town.  William Dunlop stayed in America for a while before returning to Scotland.

William Dunlop's family would later have many links with Greenock.
Posted by The Greenockian at 11:00 1 comment:

The remarkable adventures of Elizabeth Linning

In July 1684 a ship lay at anchor in Gourock Bay.  She was the Carolina Merchant owned by the Glasgow merchant Walter Gibson and captained by his brother James Gibson.  On board, in the hold were 35 convicts from the tollbooths of Glasgow and Edinburgh.  Their crime – they were Covananters – those who had been on the wrong side in Scotland’s recent religious wars.  The privy council in May 1684 had ordered the commissions of Glasgow and Dumfries -

“to sentence and banish to the plantations in America such rebels as appear penitent, in the ship belonging to Walter Gibson, merchant, in Glasgow.”
“Penitent” was not perhaps what the prisoners were feeling, they had been given a stark choice – public execution or be taken to the Carolinas and sold as indentured servants (they would work for free for a set number of years, after which time they would be given their freedom).  The Gibson brothers would share the profit from their sale. 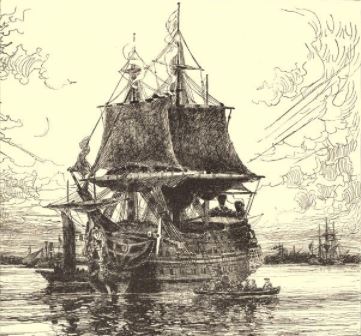 On the shore Elizabeth Linning waited to go on board.  She had relatives among the prisoners and was taking them some provisions and preparing to say her final goodbyes.  Once on board she completed her mission, but unbeknown to her, the captain of the Carolina Merchant had decided to take her with them to be sold along with prisoners.  Elizabeth managed to escape ashore while everyone was asleep, but Gibson sent men after her and she was brought back on board the ship and taken with the others to Carolina.  They arrived in Charles Town in October 1684.

Despite the dreadful conditions on the journey, Elizabeth Linning was not one for giving up!  After the prisoners had been taken ashore, she remained on board as she was indisposed.  She overheard Captain Gibson say “Since she is sickly, let her go ashore, but see that she come aboard every night till we get her sold.”  On hearing this she managed to get ashore  and found a way of getting to the Governor of the colony who believed her story and called for Captain Gibson to appear in court the next day.

Gibson was questioned as to whether he had brought Elizabeth Linning from Scotland with her consent.  He made up a story that she had been on board to try and help the prisoners escape.  He stated that she herself was a rebel and that he had an order from Lieutenant Colonel Windram to take her with the other prisoners.  The Governor asked to see the order, to which Gibson replied that it had been by word of mouth.  The Court ordered that Elizabeth be set free -
“At a Council held at Charleston, October 17th, 1684, upon the reading of the petition of Elizabeth Linning against Captain James Gibson, commander of the Carolina Merchant, in a full council, it was ordered as follows – Whereas, upon the confession of Captain Gibson, that the within written Elizabeth Linning was, without the consent of the said Elizabeth, brought to this province by force and by a pretended order from Lieutenant Colonel Windram, but the said Gibson producing none, it was ordered that the said Elizabeth be set at liberty as a free woman.”

It is thought that Elizabeth Linning returned to Scotland, Robert Woodrow (The History of the Sufferings of the Church of Scotland) when writing his account states that she was “yet alive, attesting this account”.

She must have been a remarkable woman.  To persevere throughout hardship and being forcibly taken to what must have felt like the other side of the world and still be determined stand up for herself and her freedom must have taken a lot of courage.  I would love to know what happened to her when she returned to Scotland.

This amazing mural by local artist Jim Strachan is in Ann Street in the Broomhill area of Greenock. 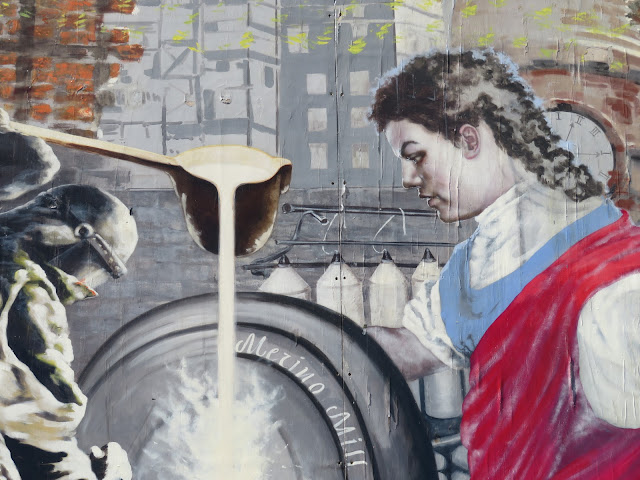 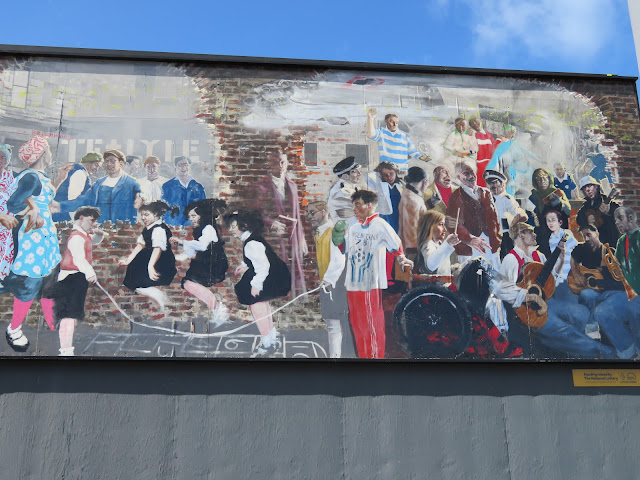 It is a fabulous, colourful tribute to the area's past and industrial heritage. 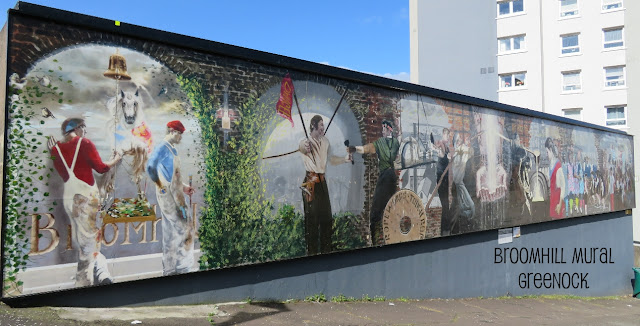 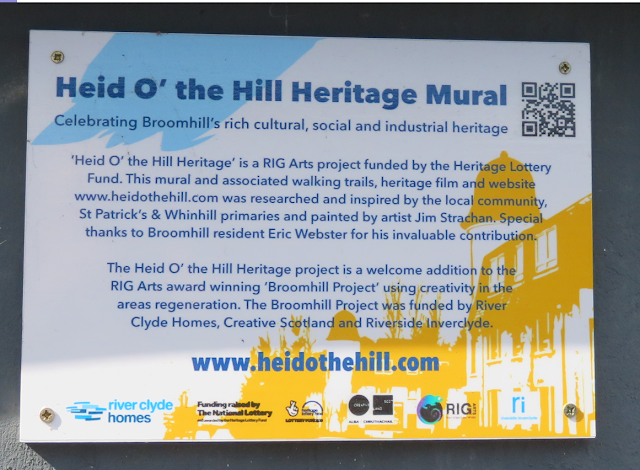 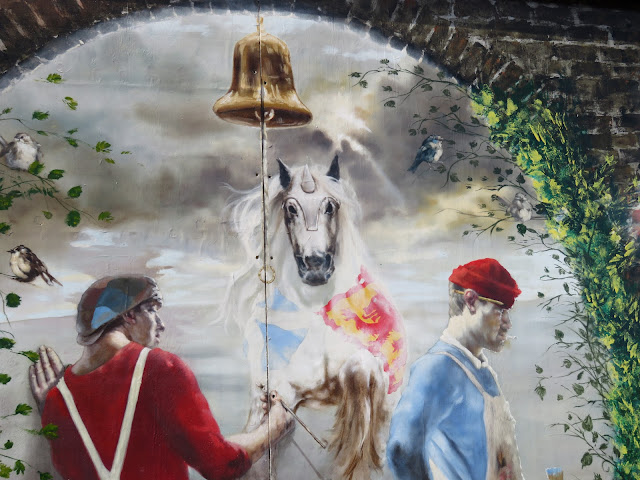 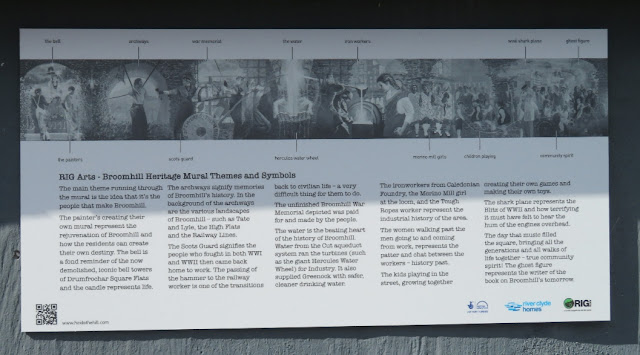 It certainly brightens up that particular corner of Greenock. 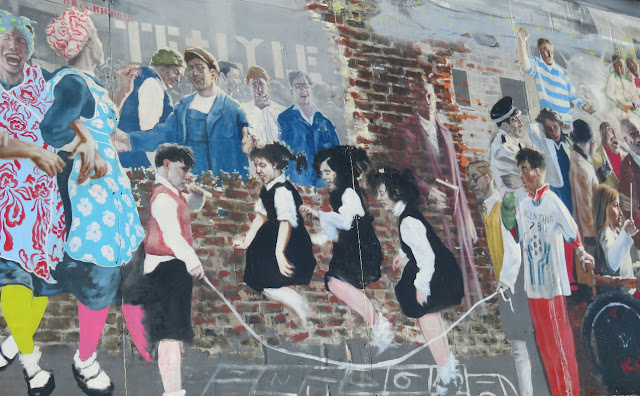 After an extensive refurbishment the scaffolding is down and the outside of Greenock's Watt Library and McLean Museum and Art Gallery is looking good!  (The building, situated on Union Street and Kelly Street in Greenock is to be renamed the Watt Institution.) 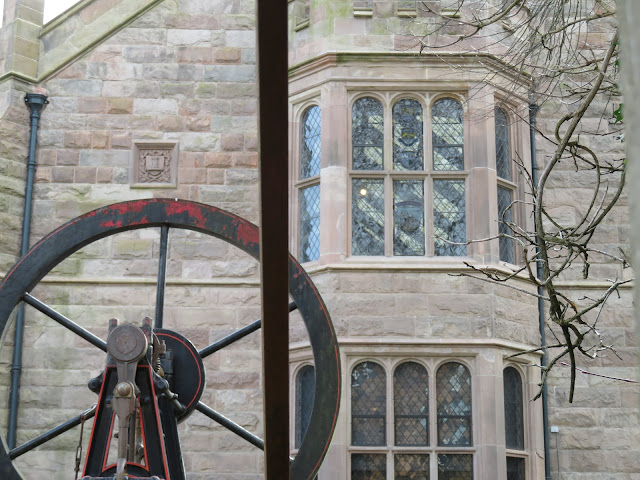 The stonework looks amazing - somehow the wonderful architectural details of the building stand out much more. 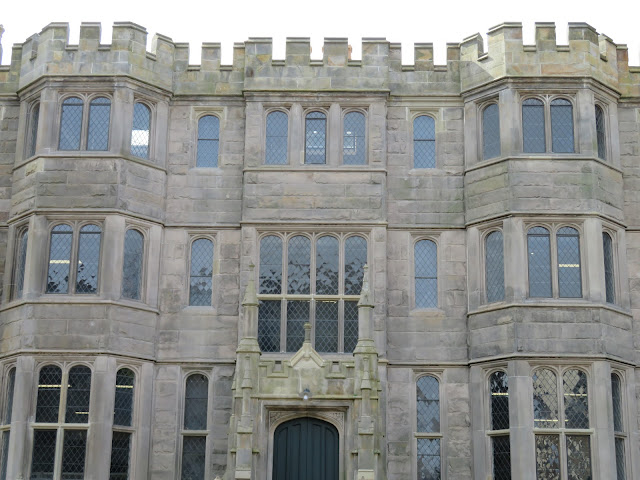 Unfortunately neither the Library, Museum or Art Gallery are open to the public, and won't be until early 2020 (so we are informed).  The wonderful Inverclyde Heritage Hub which attracted many visitors and researchers was closed by the Council just before Christmas 2018, so the area has been without physical access to research resources for quite some time.  (Many local resources are accessible online at Inverclyde Council website, but it is not quite the same as a browse through old books and the serendipitous finds of unusual bits of information which that activity sometimes produces.  It was also great to have pleasant and knowledgeable staff on hand to provide information about resources to visitors.  Can you guess - I miss that place!) 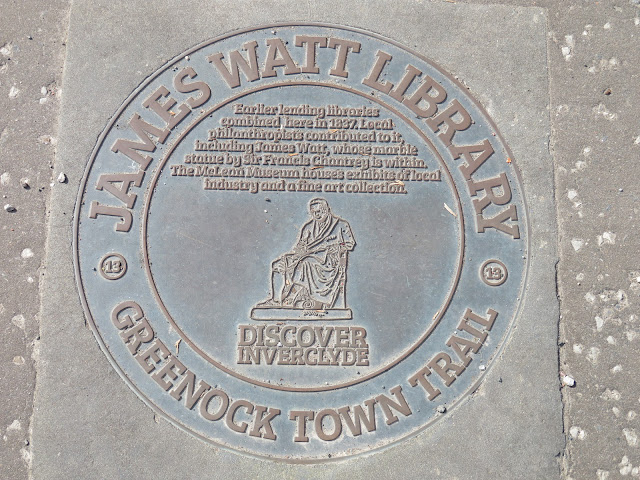 This is all slightly unfortunate as 2019 marks the bicentenary of the death of Greenock's most famous son, the engineer James Watt after whom the building was named.  The building also contained the wonderful statue of Watt by Sir Frances Chantrey. 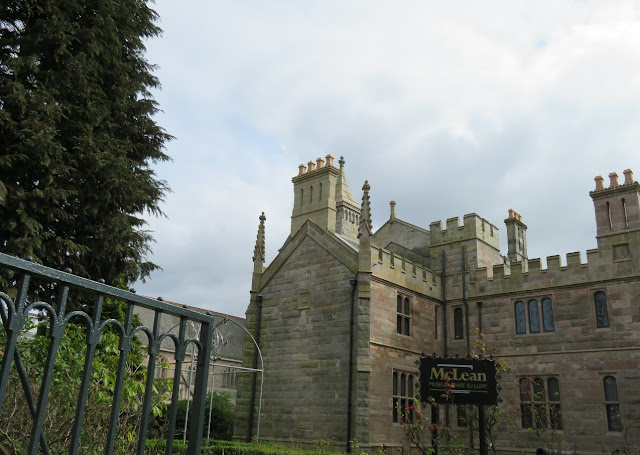 Many other places connected with James Watt will be commemorating the event.  There's a great website - James Watt 2019 which gives a fabulous amount of information about the famous Greenockian and lists of events taking place in Birmingham.  The University of Birmingham and other organisations have produced a fabulous collection of information and resources about Watt which can be accessed from this site. 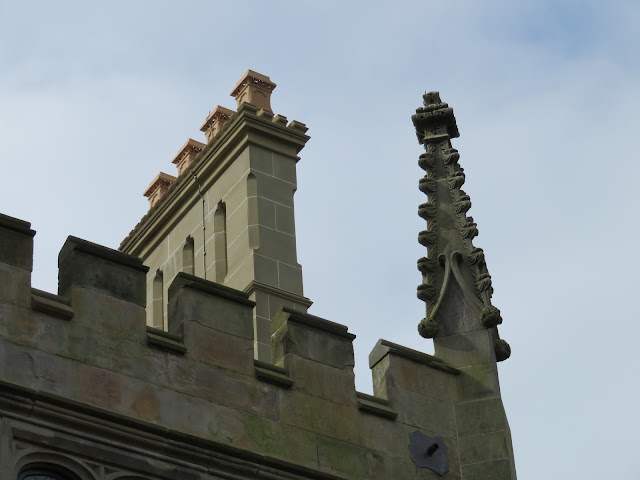 I hope that the inside of the building will be as wonderful as the refurbished outside is and I look forward to Greenock having its wonderful resources available to the public once more.