A brief obituary in the Watt Library's archive index of family notices recently caught my attention.  It read -

Robert Adam born Greenock c 1759.emigrated to
America, merchant in Fayetteville, N.C. died 1801
A bit of research later and I came up with the fascinating story of Robert Adam and his life in Fayetteville.  I am indebted to Craig Harmon of the Fayetteville Independent Light Infantry Company of North Carolina for much of the information which appears in this post.

Robert Adam was the son of Rev Dr John Adam, second minister of the Mid (or New) Parish in Greenock, now Wellpark Mid Kirk.  While his brother John stayed in Greenock, Robert went to North Carolina and became a prosperous merchant there, trading across the Atlantic.  He married a widow, Jennet Burgess and they had three children - John Robert Adam, Eliza Ann Adam and Margaret Jane Adam.

It is perhaps as the first Commanding Officer of the Fayetteville Independent Light Infantry (FILI) that Robert Adam is best remembered in his adopted land.  On 23 August 1793 the Company was founded with Robert as its leader and offered their services to the then President, George Washington.  They adopted the motto -


"he that hath no stomach to this fight, let him depart". 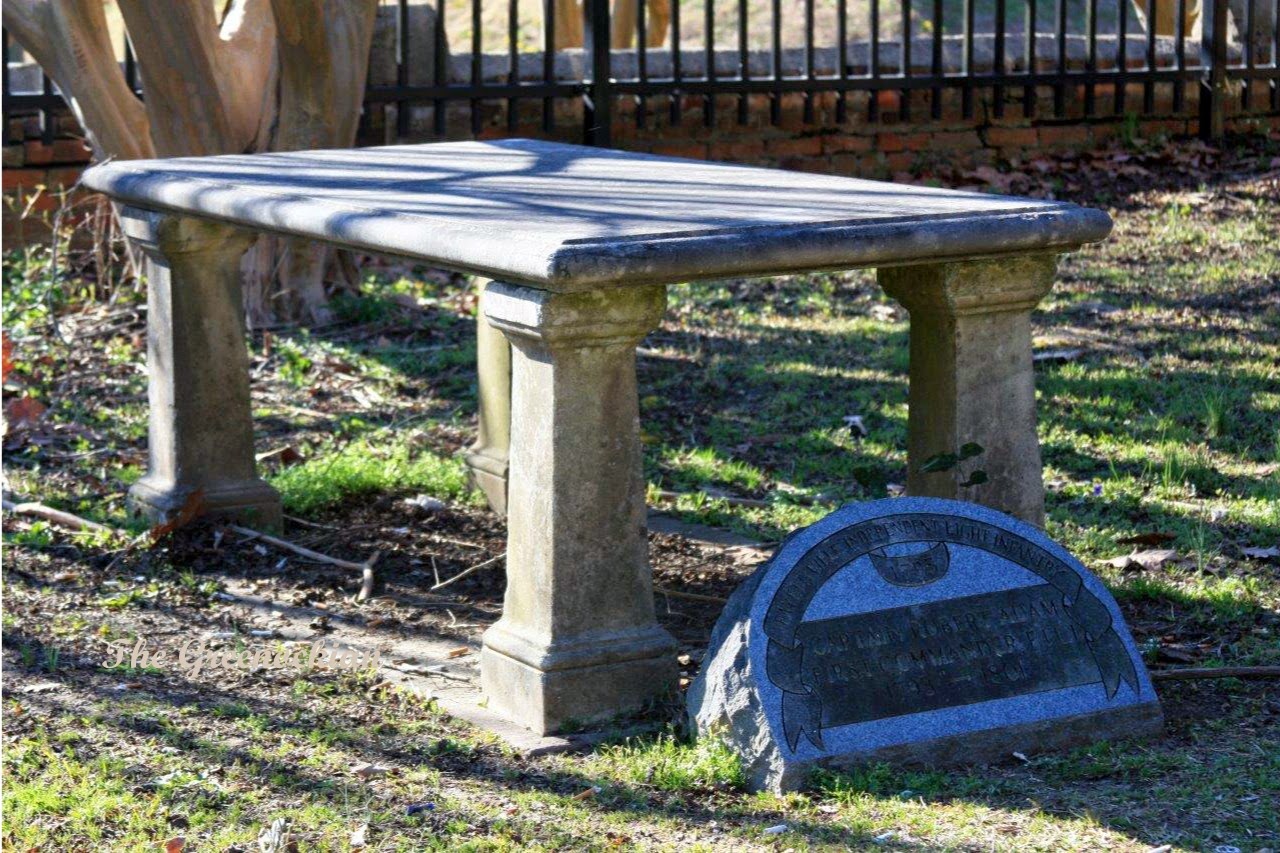 Unfortunately Captain Adam died on 11 June 1801 at the Sound near Wilmington.  He was buried at the Old Cross Creek Cemetery, opposite the old FILI parade ground.  The stone that covers Captain Adam's tomb reads as follows -


Beneath this stone are deposited the mortal remains of Robert Adam,
a native of Greenock, Scotland,
for many years a merchant of Fayetteville and Wilmington,
who departed this life 11th June 1801 aged 42.
He was universally beloved and regretted.
In his conduct and department through life
was combined all that should adorn the Christian character
and constitute the honorable man,
the kind husband and affectionate parent.


Such a wonderful testament to a fine Greenock man.  The Company held a Memorial Service in 1989 in honour of their first Commander and a footstone was unveiled at his tomb.  He will never be forgotten by the Fayetteville Independent Light Infantry. 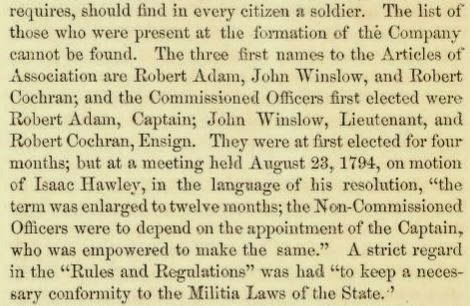 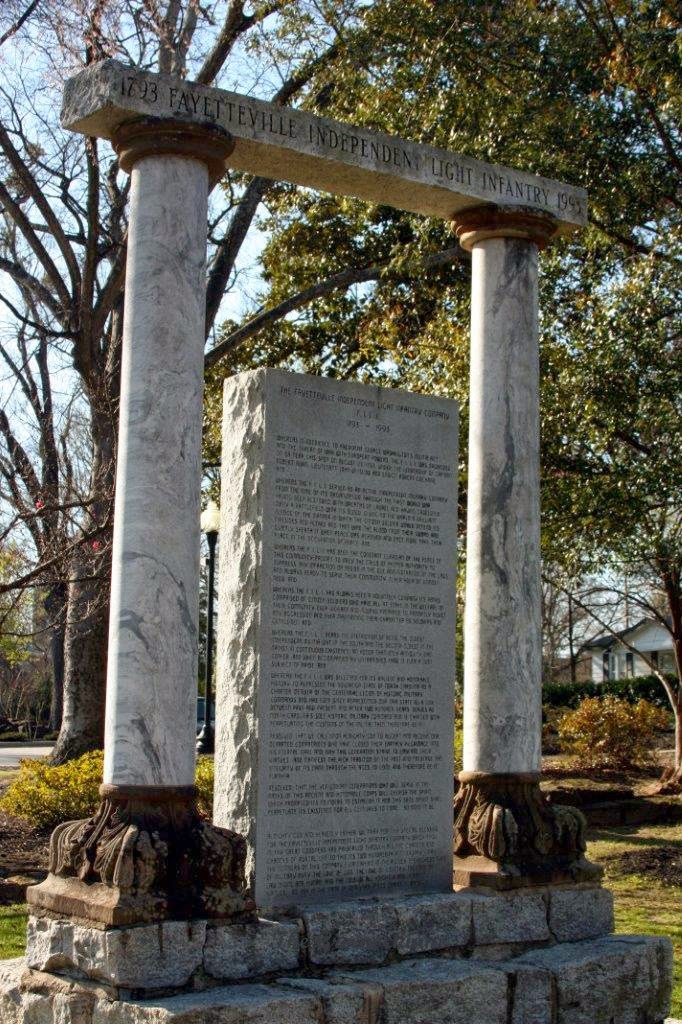 The wonderful history of the Fayetteville Independent Light Infantry can be read on their fabulous website here and blog here.  Once again I would like to express my thanks to the members of the Company who helped by sending me information about Robert Adam and especially Craig Harmon for photographs of the grave.
Posted by The Greenockian at 16:58