Rev Dr John Adam was only the second minister of the Mid Parish Kirk in Greenock, arriving here when the church had only been open for nine years.  Until this church was built, Greenock had only one other church - the West Kirk.  As trade and industry grew in Greenock, so did the population and it was decided that another church was required.  Lord Cathcart gave the land in the centre of the commercial part of the growing town, Cathcart Square, and this beautiful church was completed, the first service taking place on 12 May 1761. 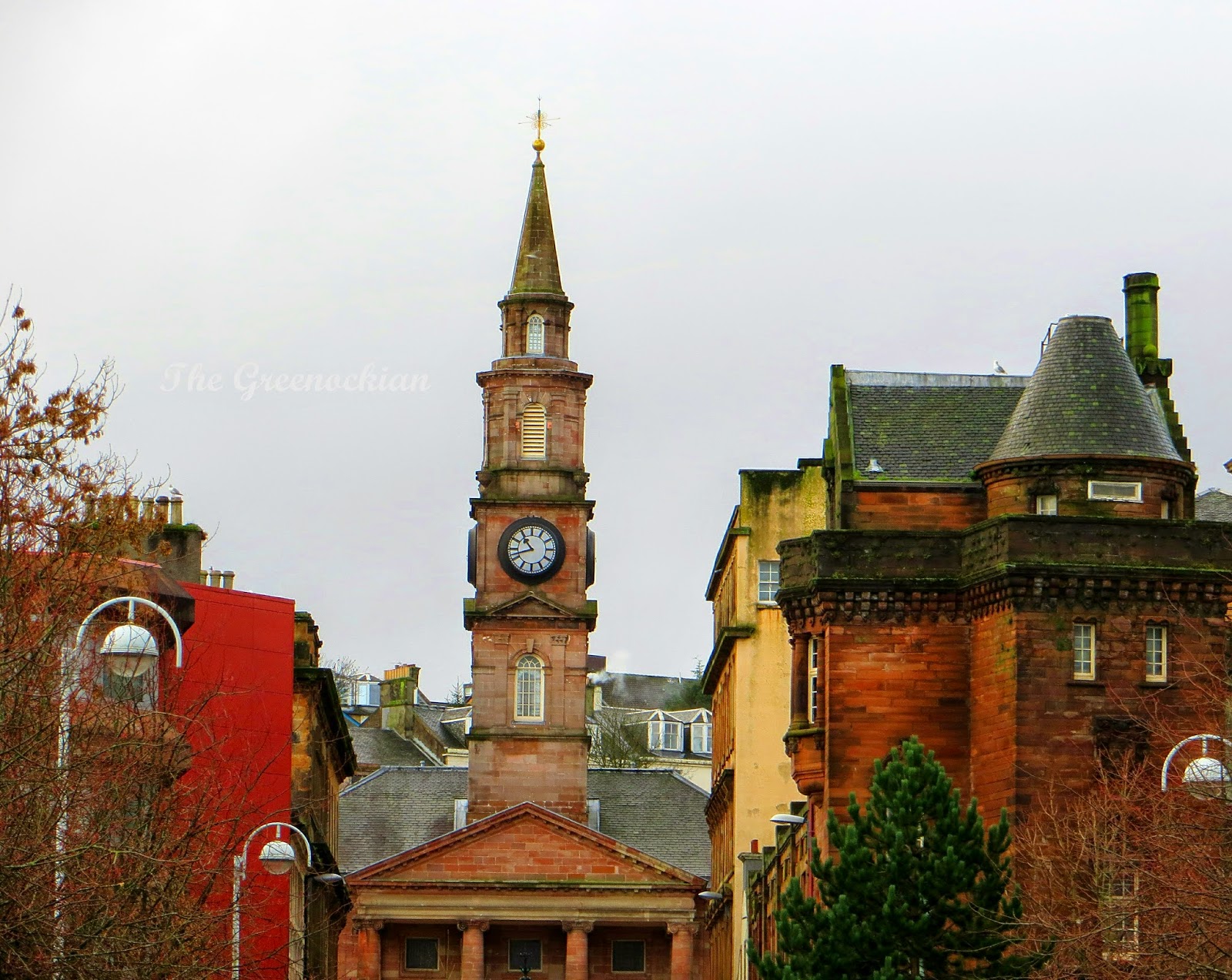 The model for the church was St Martin's in the Field in London.  The building was constructed by Greenock mason James Ewing from stone quarried locally (just behind what is now Newton Street).  The interior of the church was set out to a plan by James Watt, father of Greenock's famous engineer, James Watt. 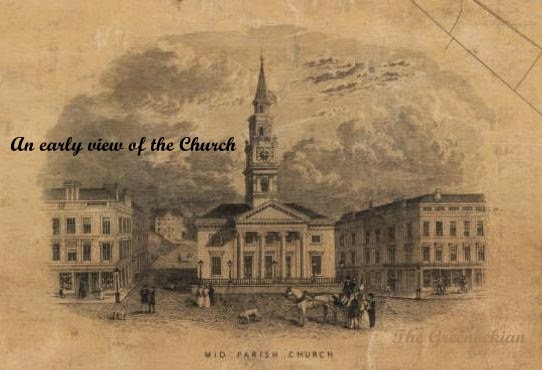 When Rev Dr James Adam took over the charge on 12 July 1770 the church had no steeple.  This was added in 1787 and is 146 feet high, originally it had a golden cutter ship at its top as befits a port, but unfortunately this was damaged in storms and had to be replaced.  A bell and clock were also added. 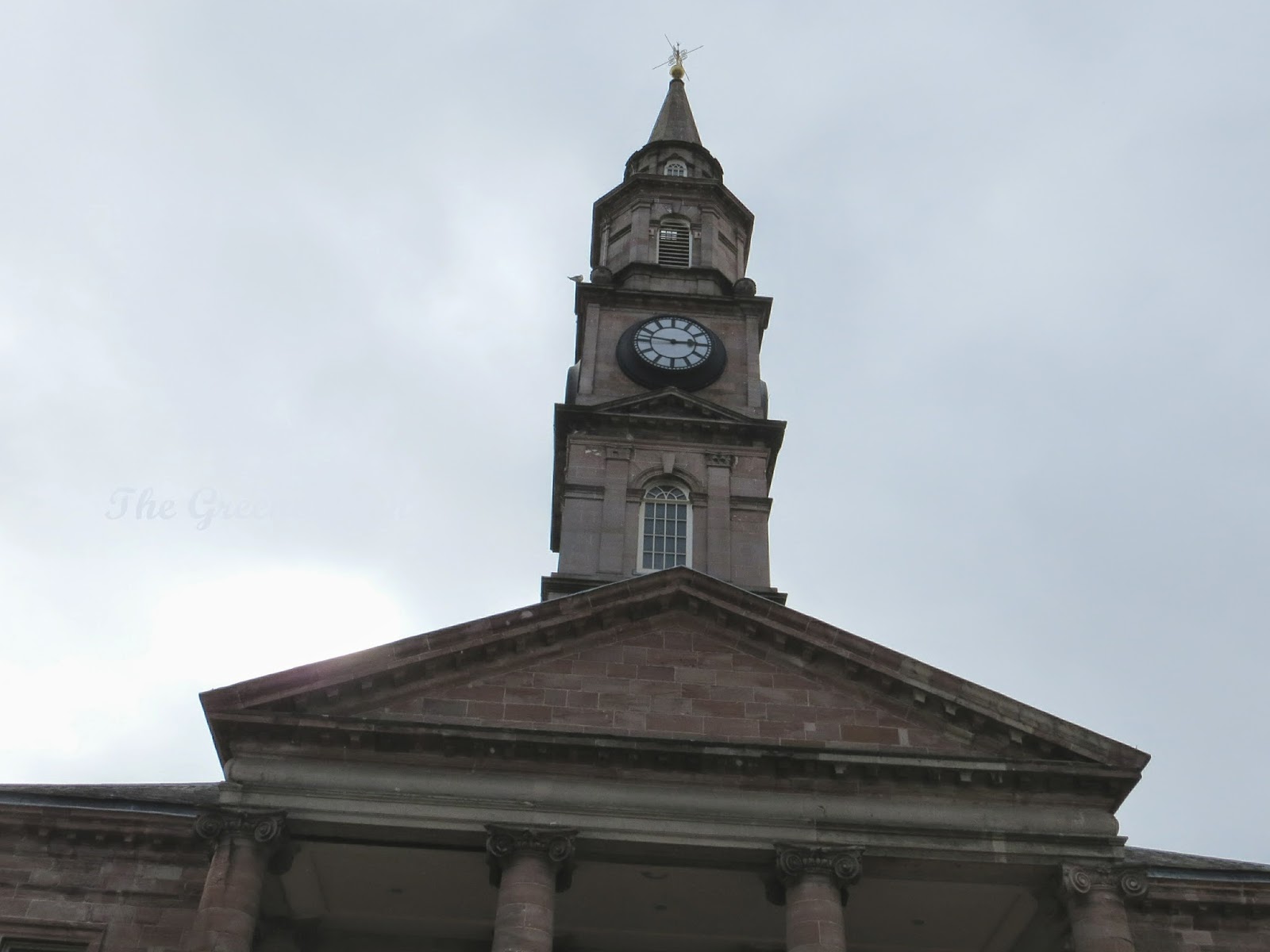 Rev John Adam brought his wife, Elizabeth Parker and young family to Greenock from West Kilbride.  They would have lived in the manse nearby.  Elizabeth died in 1779 and in 1783 John married a local woman, Agnes Anderson.  When John died in 1792, Agnes remained in Greenock.  His obituary reads -

His character was also noted -


"Unaffected devotion, universal benevolence, warmth and affection with respect to his friends, attention to the distressed, and charity to the poor, were the leading features in Dr Adam's character."

I have already written about Rev John Adam's eldest son, Robert who moved to North Carolina and became a successful merchant there.  However a younger son, John William Adam (born 1768) remained in Greenock and had many business interests in the town. 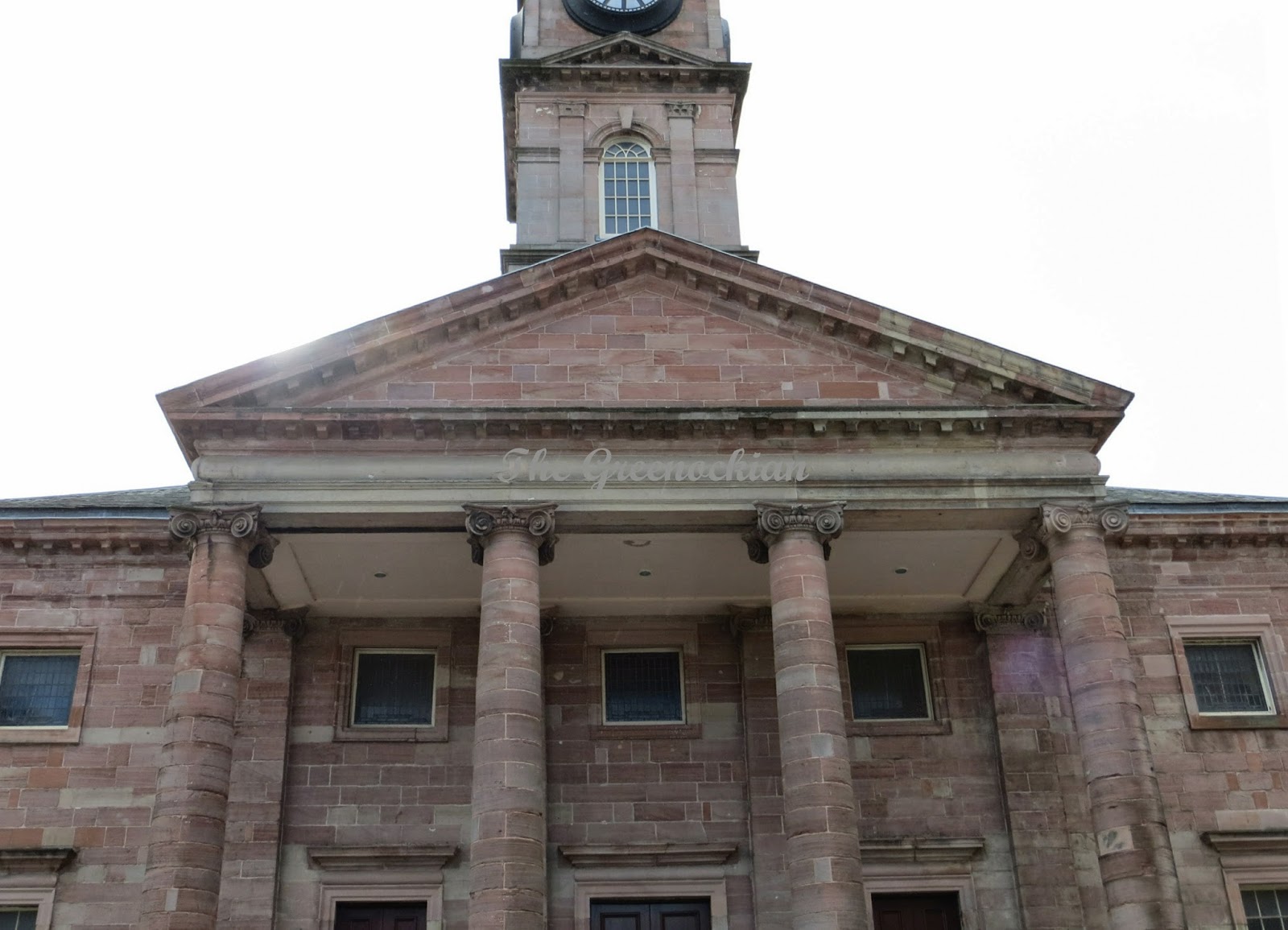 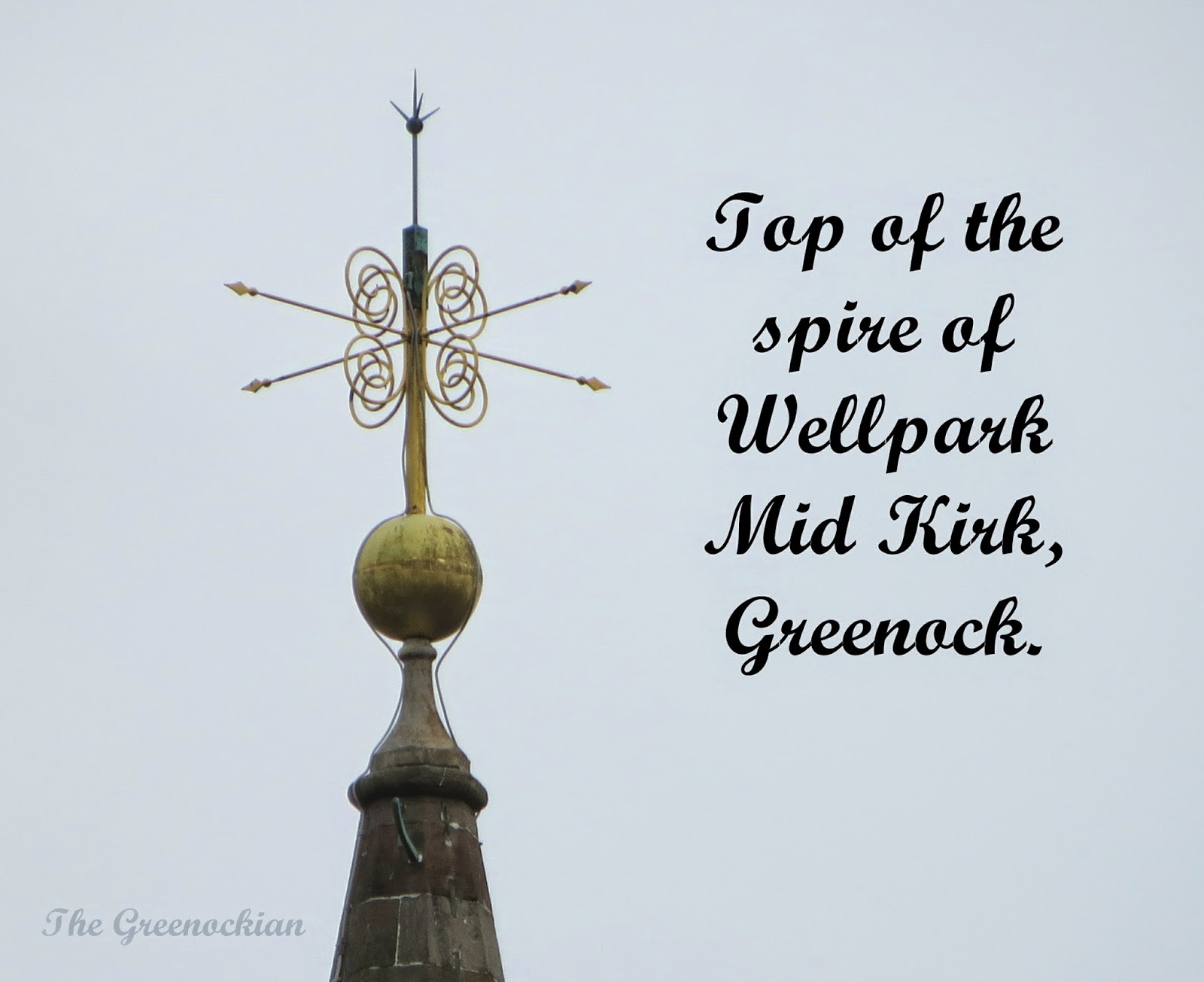 It was not unusual at that time for members of the same family to represent business interests in different parts of the world, in fact it made life much easier - cutting out the middle man!  Crops of tobacco and cotton grown in America were despatched across the Atlantic to a port like Greenock in ships owned by consortiums of family members and then sold and processed this side of the Atlantic by other family members.  Fathers ensured that their sons and daughters married well - especially into families who shared their trading interests.  It is a story that repeats itself many times in Greenock's commercial history. 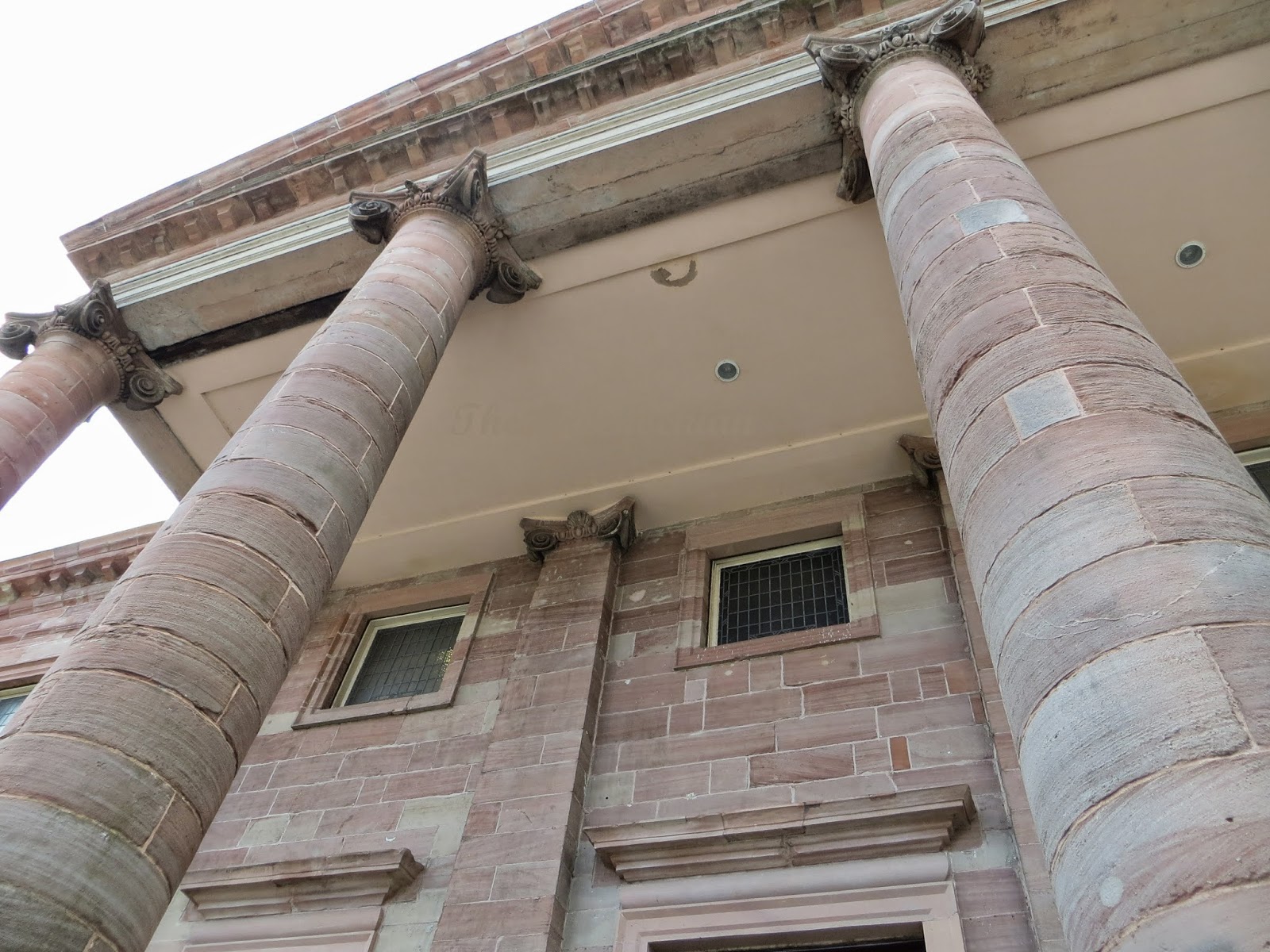 This beautiful church, now known as Wellpark Mid Kirk, has a wonderful history and is still a great landmark in our town.