Blockade Runners from the Clyde

Anyone who has found the recent BBC Scotland series "Clydebuilt: the ships that made the Commonwealth" interesting would do well to look out for the book of called "Clydebuilt"  written by Eric J Graham (ISBN 9781841585804).  First published by Birlinn Limited in 2006 it is a fabulous account of the Clyde built ships which became blockade runners during the American Civil War. 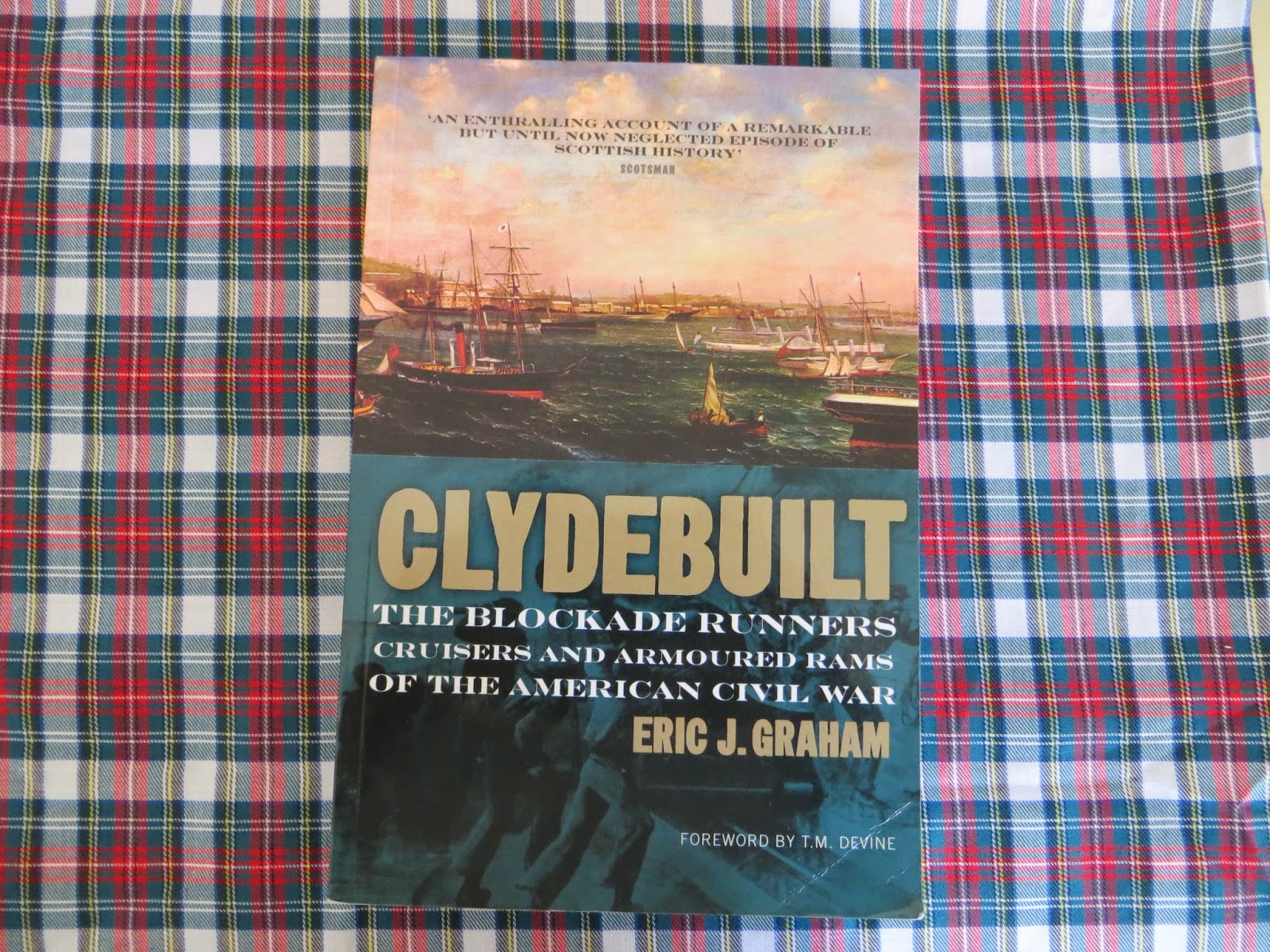 Being a Greenockian, I was particularly interested in the part played by Greenock ship builders and owners in this trade.  Many of the blockade runners started off as mail boats taking mail and passengers around the west coast of Britain.  Shipbuilders were always competing to make their boats faster, so that their owners could win the lucrative mail contracts.  They also had to be strong enough to sail across to Ireland.  The Giraffe was one of these ships built in Glasgow.  Her first trip was from Greenock carrying a group of Glasgow businessmen.  Having proved her worth, she was sent to a Glasgow yard to be converted to a blockade runner.  All this was reported back to the United States by spies who staked out the Clyde shipbuilding yards and kept track of likely vessels. 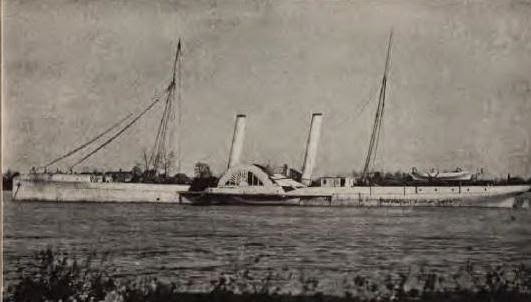 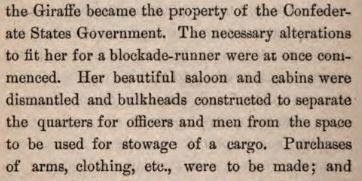 Giraffe sailed to Nassau, Bahamas at the end of 1862 with a cargo of munitions and machinery as well as some Scottish lithographers.  There her Scottish crew were paid off and a new crew taken on under the leadership of John Wilkinson, a well known blockade runner.  She got through the blockade and arrived at Wilmington.  There she was renamed the Robert E Lee and had a very successful time as a runner.  At the end of 1863 she was captured by USS James Adger, acquired by the US Navy and renamed Fort Donelson.  You can read the fascinating account of Wilkinson's time as a blockade runner here (Narrative of a Blockade Runner) and particularly the exciting trip aboard the Giraffe. 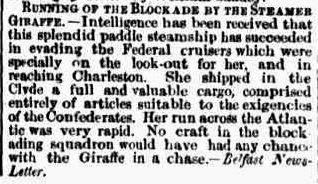 This is just one of the amazing stories told in this book.  Tales of spies, clandestine sailings, and the money that could be made by taking chances on running the blockade make "Clydebuilt" a very interesting read, especially as the many shipbuilders and owners names are very familiar in the west of Scotland.  Eric  J Graham had done a tremendous amount of research and it is refreshing to read about such a fascinating subject purely from a Scottish perspective. 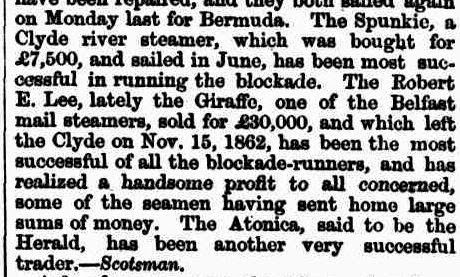