In Greenock Cemetery there is a memorial cairn to the great engineer James Watt born in Greenock in 1736.  In Scotland, a cairn is a pile of stones, usually to commemorate a special place or person. 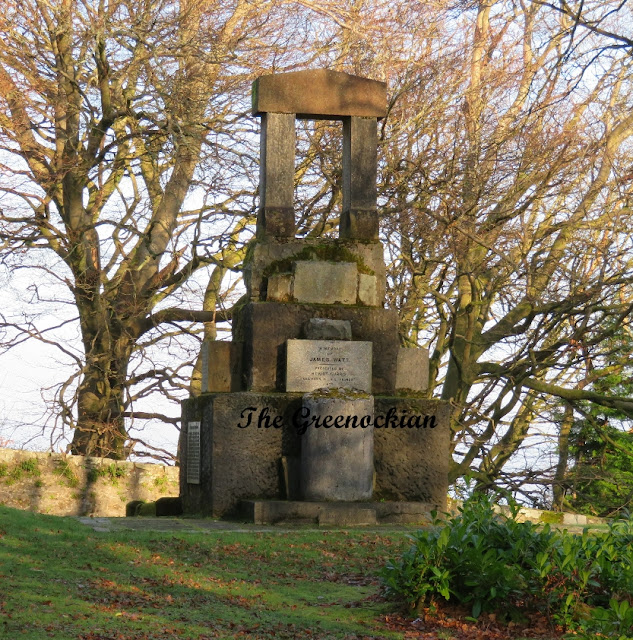 The plaque on the cairn reads:-
The Watt Cairn
Projected and commenced by the Watt Club 1854.
Arranged and completed on the 200th anniversary of Watt's birth 1936.
These stones, gifted from all parts of the world, speak of the universal homage
accorded the great engineer, inventor and scientist.
The monument also marks the burying place of James Watt's ancestors
removed from the Old West Kirk, 26th April 1927. 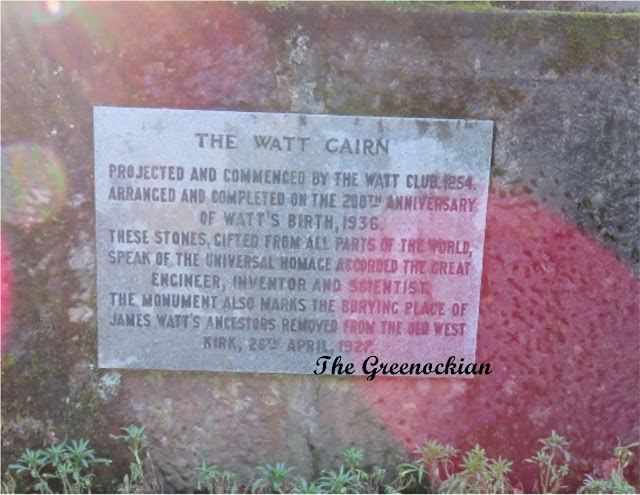 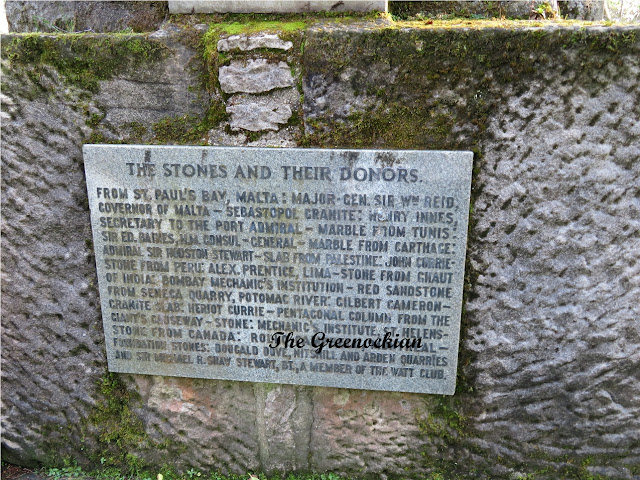 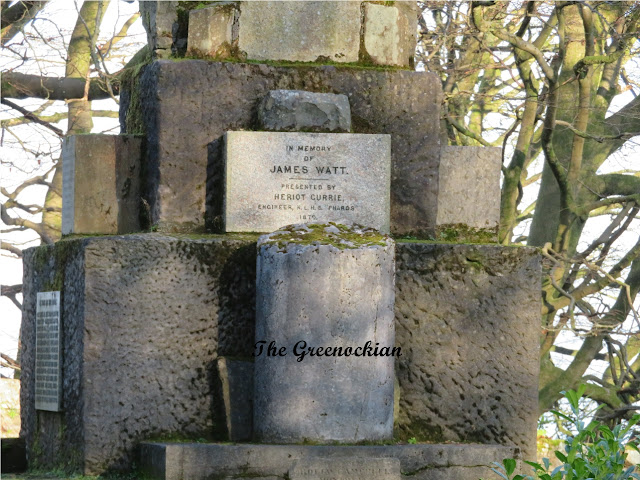 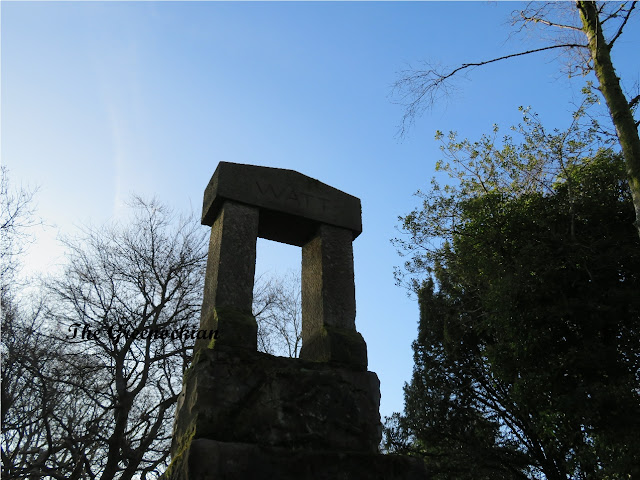 It is a very unusual monument.  It is right beside the memorial to Highland Mary in Greenock Cemetery.
Posted by The Greenockian at 09:32