There's a small island, off the coast of South Georgia in the Antarctic that's named after a Port Glasgow man.  It's McNish Island honouring Harry McNish (formerly written as McNeish) who was a carpenter on Shackleton's Imperial Trans Antarctic  Expedition of 1914-1916. 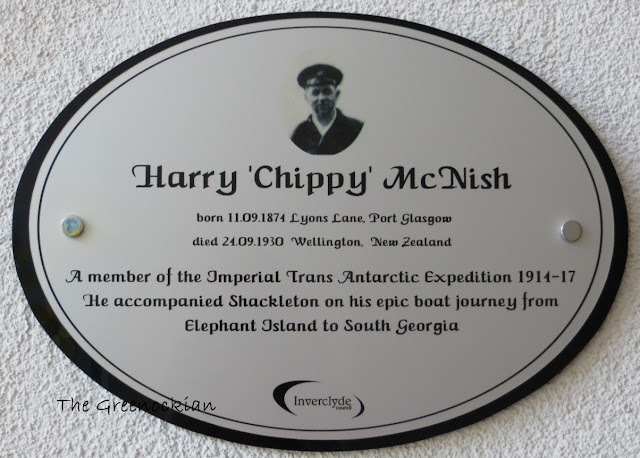 There is also a plaque in Port Glasgow Library in memory of this brave man who endured many hardships on that fateful expedition.

Harry McNish was born in Lyons Lane in Port Glasgow in 1874.  He joined Ernest  Shackleton's expedition as ship's carpenter (hence his nickname "Chippy") on board the Endurance - he was forty years old at the time.  The expedition aimed to be the first to cross the Antarctic. 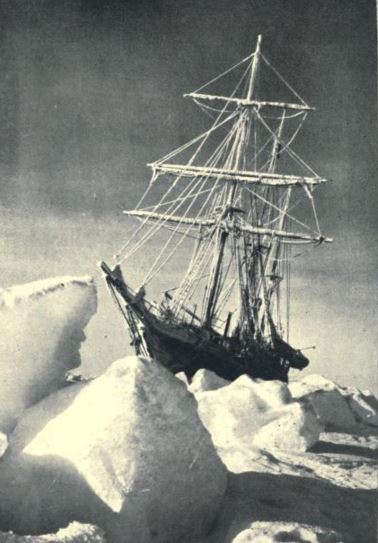 The story of the Endurance is well known, but when the ship became trapped in pack ice, it was McNish who constructed huts for the crew.  Eventually after the loss of the ship Shackleton decided that the men would have to haul the three lifeboats across the ice.  McNish did not approve of this plan and made his disagreement clear.  However, after some time, with supplies running out, it was decided to wait for the ice to take them to open water.  When it did, ship's carpenter McNish prepared the three lifeboats for the next part of the hazardous journey to Elephant Island. 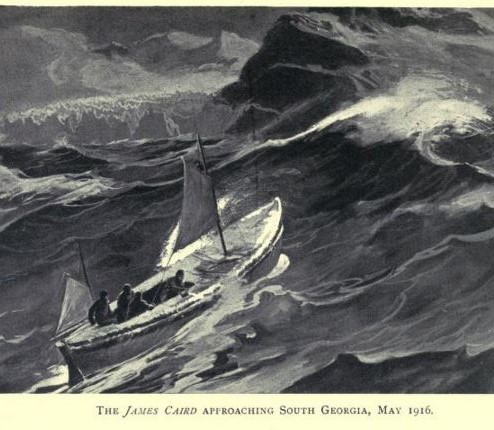 McNish was in the small boat James Caird.  Eventually they reached South Georgia, unfortunately on the wrong side of the island.  Weak and ill, McNish and some others were left to camp in the upturned James Caird while Shackleton went on, overland to get help at the whaling station at Husvik.  Eventually McNish and the others were rescued.  You can read a much fuller account of the whole expedition here.  Without doubt McNish's skills as a carpenter were instrumental in the fact that so many of the men survived both on open sea and on land. 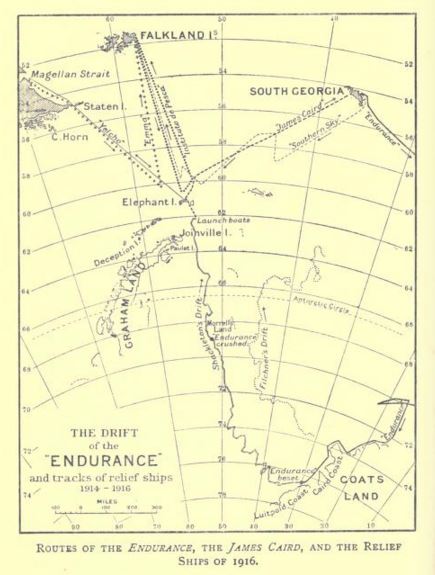 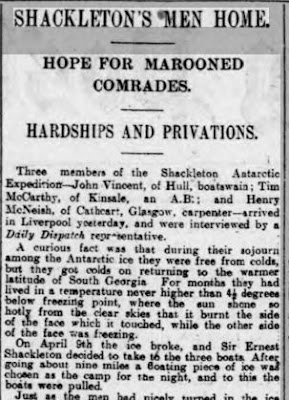 After his recovery McNish returned to the sea, eventually settling in New Zealand.  He died on 24 September 1930, destitute and relying on charity.  Although buried with full military honours, it was not until many years later that his grave in Karori Cemetery, Wellington was fully recognised by the New Zealand Antarctic Society.
Posted by The Greenockian at 09:00