Perhaps one of the most famous Scottish shipbuilding firms is Scott Lithgow which built many ships here in Greenock, employing a vast number of local workers.  This leaflet dates from the 70s. 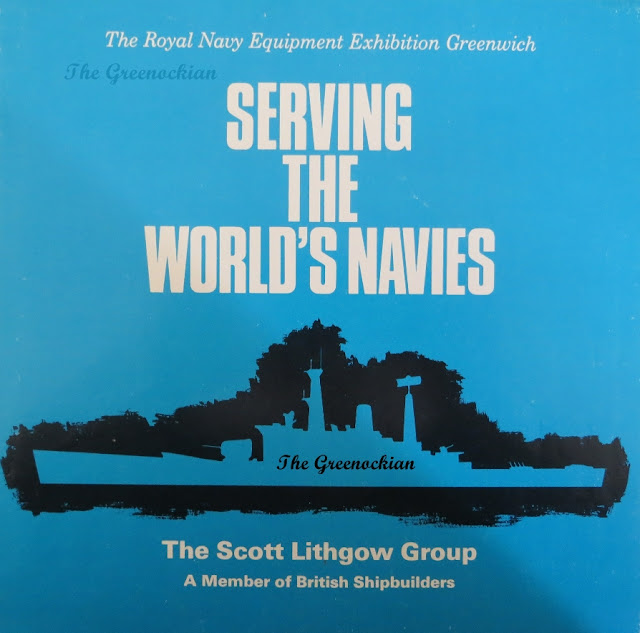 John Scott first starting building ships in Greenock in 1711.  This fabulous sketch if of sloop-of-war Prince of Wales built in 1803 for the Royal Navy. 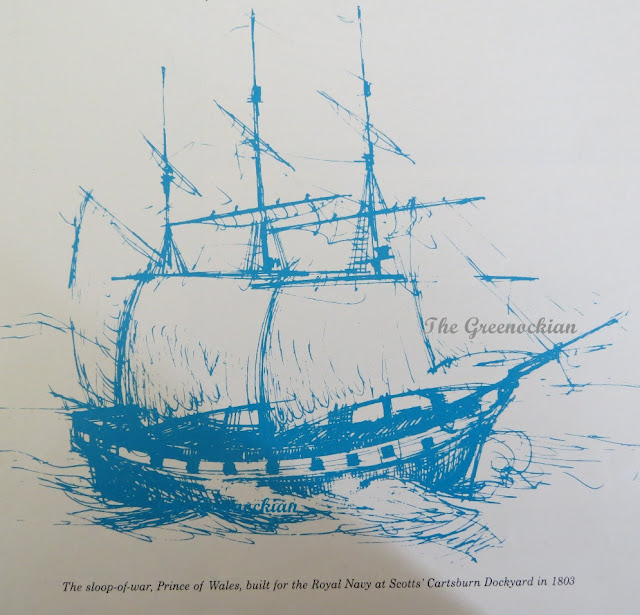 Scotts merged with Lithgows in 1970.  Many ships and submarines were built for the Royal Navy at their Cartsburn yard in Greenock. 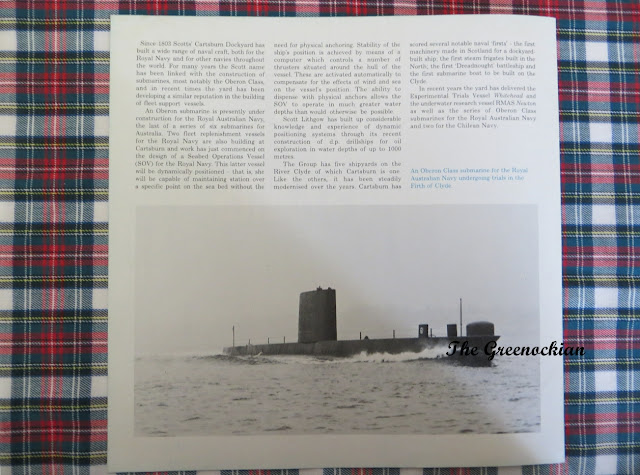 The company ceased trading in 1993. 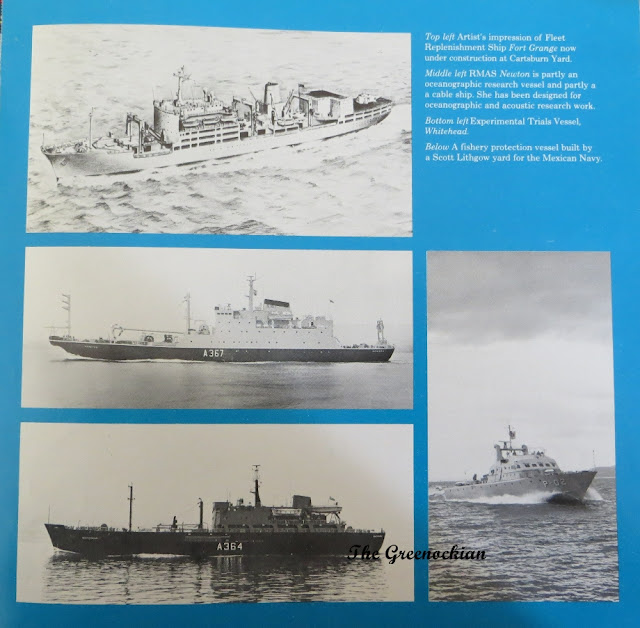 You can see some amazing photographs of the shipyard at Greenock's McLean Museum site here.
Posted by The Greenockian at 09:00

Email ThisBlogThis!Share to TwitterShare to FacebookShare to Pinterest
Labels: ships