This is the former Clune Park School in Port Glasgow designed by H & D Barclay, architects and completed in about 1887.   It was still a working school until 2008. 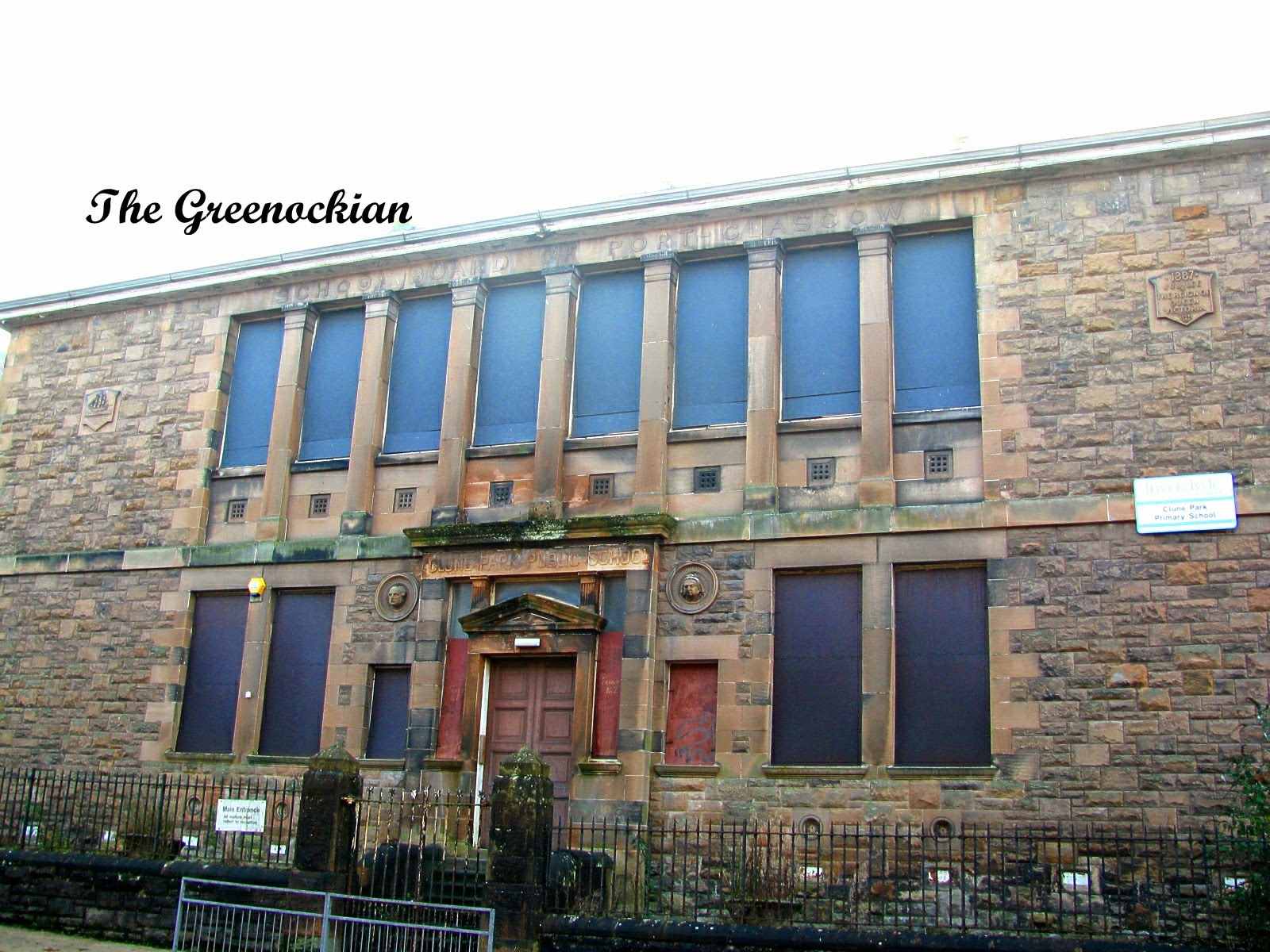 It has a couple of interesting features.  This is from Port Glasgow's town crest - the Latin reads -
Ter et Quater anno Revisens Aequor Atlanticum Impune 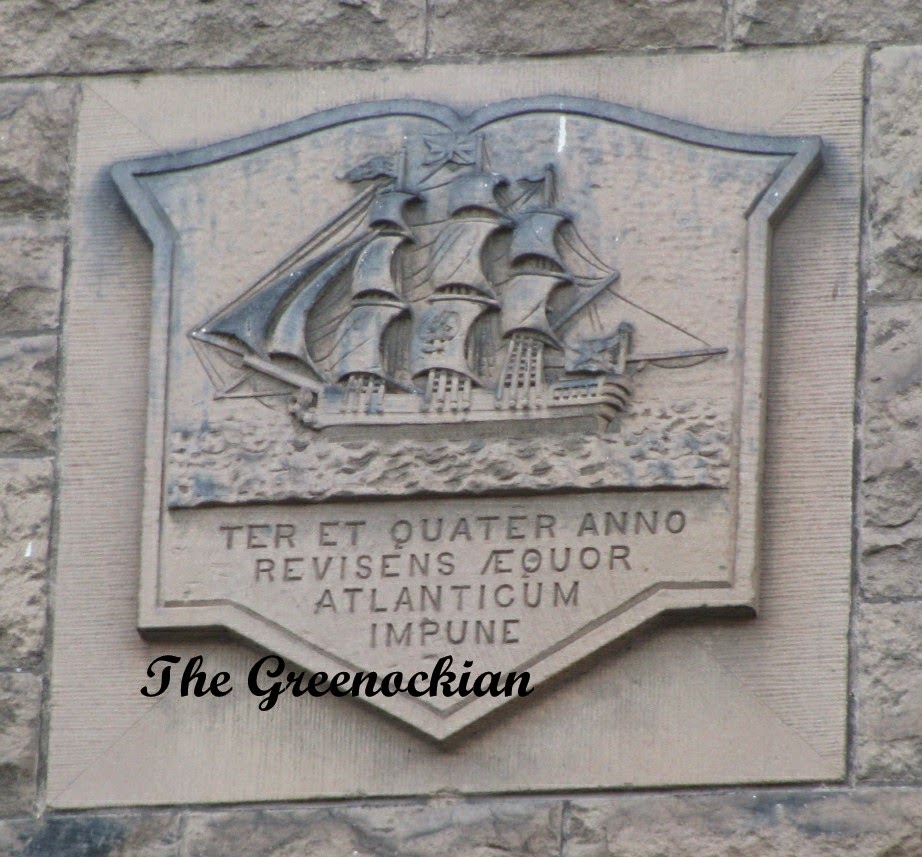 which translated is -
three and four times a year revisiting the Atlantic with impunity
Its a bold and noble motto going back to better times in Port Glasgow's history and refers to the trans-Atlantic timber trade between here and Quebec.  This timber was used in the great shipyards which lined the River Clyde at Port Glasgow and Greenock. 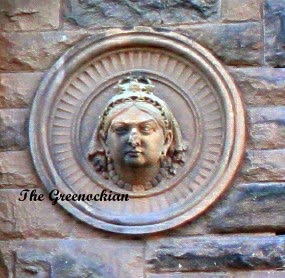 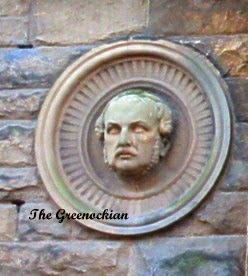 There are roundels of Queen Victoria and Prince Albert - they'd don't look to pleased with their predicament! 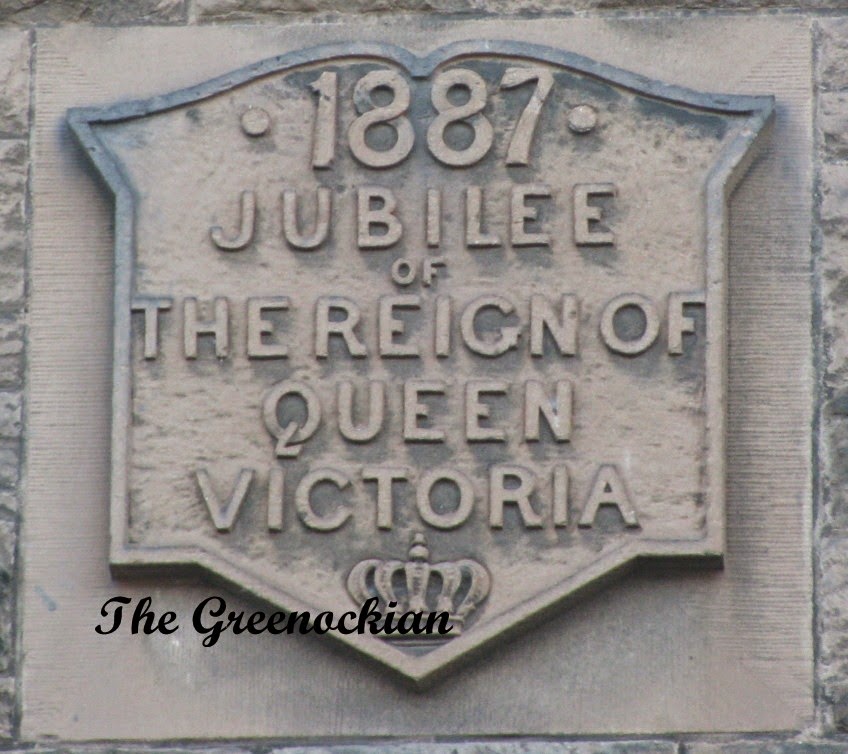 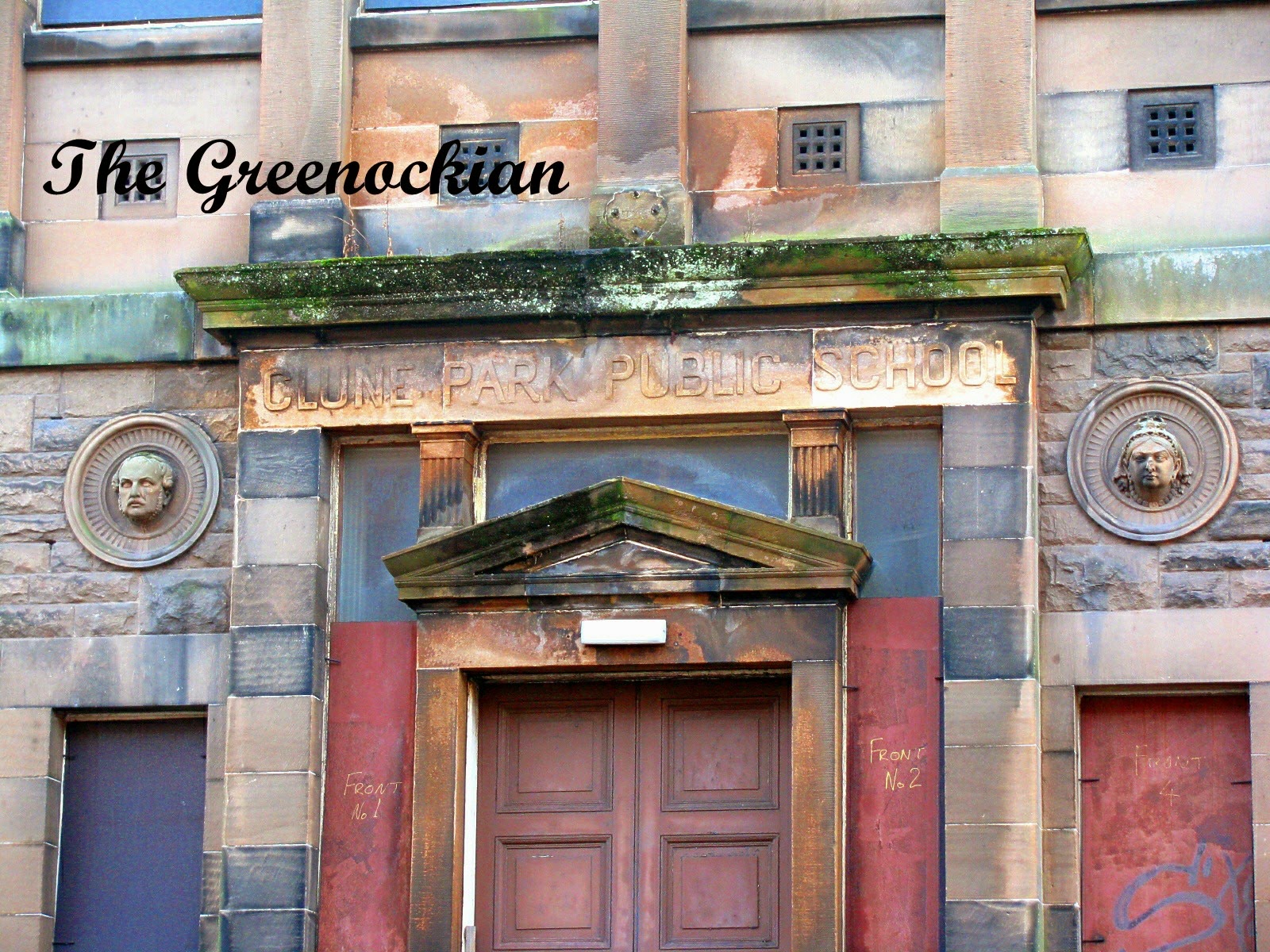 This derelict school is right next door to the former (now derelict) Clune Park Church which I wrote about here.