The opening of the new Highlanders' Academy in Greenock on 5 December 1887 was accompanied by a riot!  The Glasgow Herald reported -

"An unprecedented and, as the sequel proved, disgraceful exhibition was yesterday witnessed at the opening of a new Board school in Greenock, which resulted in the injury of several persons, the jeopardising of the lives of very many more, the destruction of much valuable property, besides having a bad moral affect among the young persons who were present, which will probably take years to get rid of." 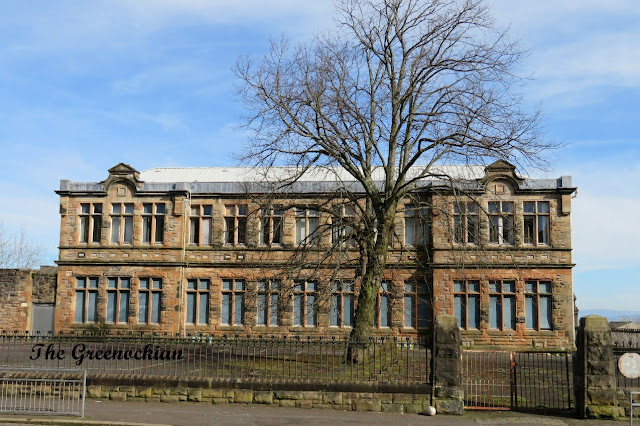 The problem concerned the transfer of the former headmaster, Robert Wilson to a different school.  He had been headmaster at the original Highlanders' Academy (1837), located in Roxburgh Street.for 17 years.  As its name suggests, the school had been built to accommodate the large number of children whose parents had come to Greenock from the Highlands of Scotland looking for work.  Money was raised for the school partly by subscription and the land gifted by Sir Michael Shaw Stewart.  The original school had to be demolished when the railway was being extended.  Now that the new Highlanders' Academy building was completed, the parents and children wanted their own headmaster to be transferred to the new school with them.  However, the authorities had chosen a William Cook as the new headmaster. 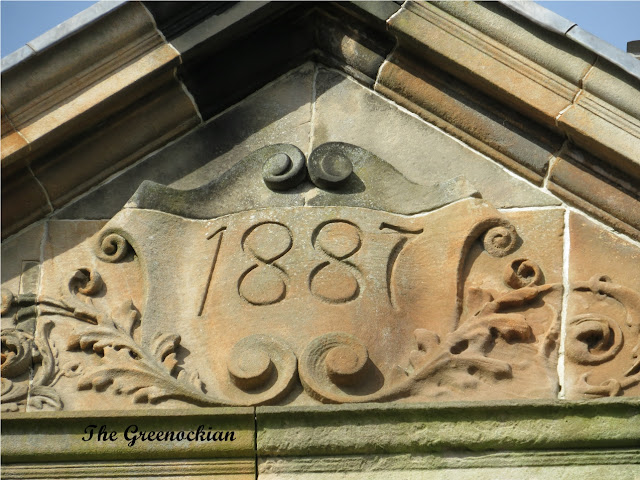 At nine o'clock on the morning of 5 December 1887, the day of the opening, a procession, headed by local councillors and teachers as well as many children accompanied by their parents walked to the school.  Joined by many onlookers, the Herald reports that four or five thousand people were gathered -
"The majority of the crowd was composed of the working class, many of them being young men, although a few of the parents in the middle-class were also here and there observable." 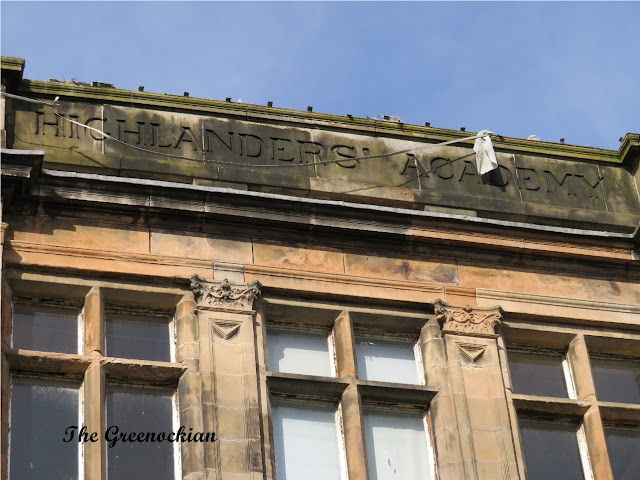 A few protesters stated voicing their opinions about the choice of headmaster, and once most of the children were safely inside the school, Mr Wilson tried to enter.  He had been suspended for not accepting a position at another school and attempts were made to stop him entering the school.  This led to more agitation, and with the large crowd filling the surrounding streets panic set in, many people trying to get out of the area.  Inside the school, the Councillors and members of the School Board locked themselves in the headmaster's room.  The mob managed to get inside the school where they seem to have run amok.  The police were already inside the building and tried to beat back the crowd. 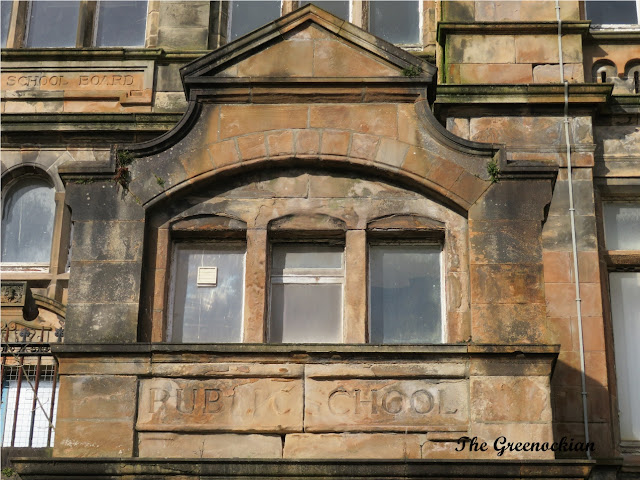 Mr Wilson was raised shoulder high and paraded through the school.  More and more people seem to have joined the fracas, and it was not until Mr Wilson left the building about 11 o'clock that the police managed to get control of the situation.  The children were led to safety and eventually the crowds dispersed.  The Councillors and School Board members escaped by a side door to a waiting cab. 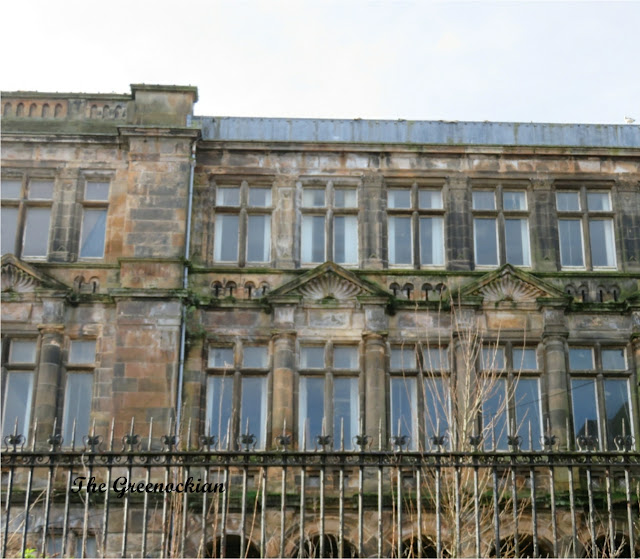 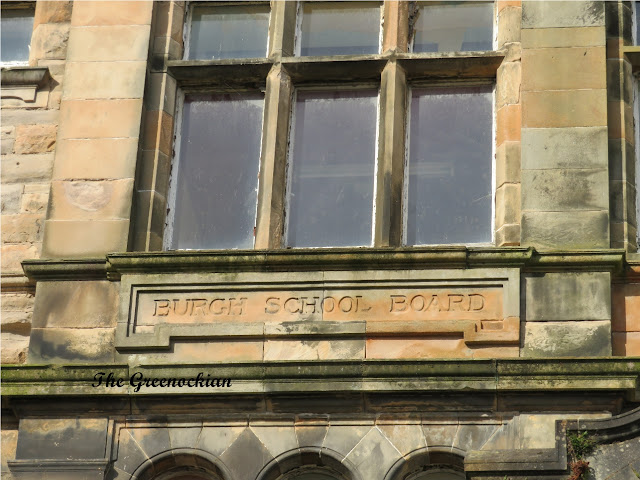 The new headmaster, Cook, also tried to escape in a cab, but it was followed by a crowd.  Police officers were stationed at the homes of various Councillors and School Board members in case of more trouble.  Eventually things quietened down.  Mr Robert Wilson was some months later reinstated as headmaster of Highlanders' Academy, Greenock. 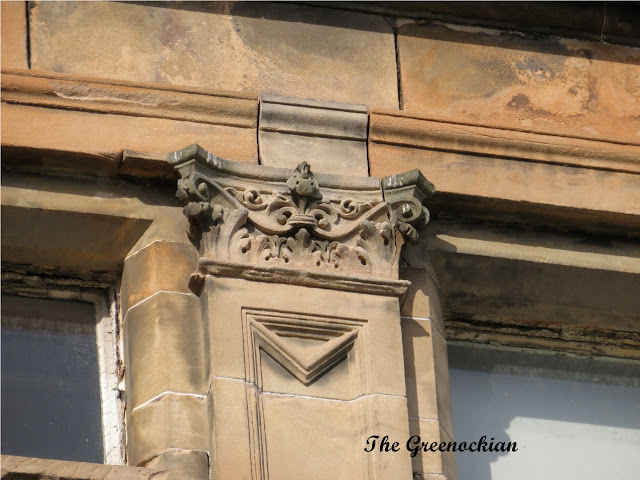 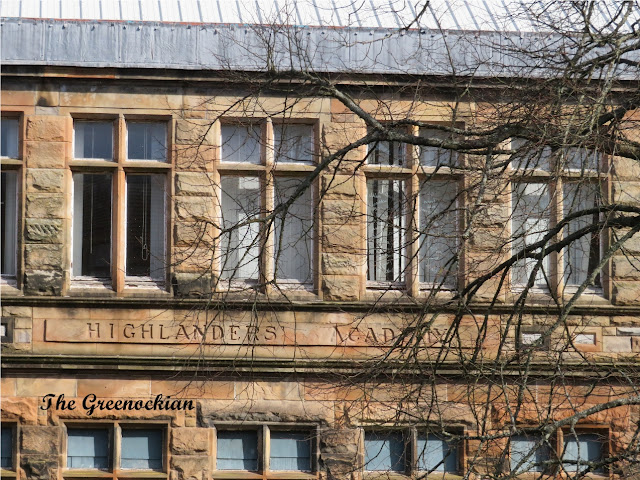 Highlanders' Academy was completed in 1887 to a design by David Barclay.  It is situated at the corner of Dempster Street and Mount Pleasant Street in Greenock.  The school was closed in 2012 and the building put up for sale by Inverclyde Council. 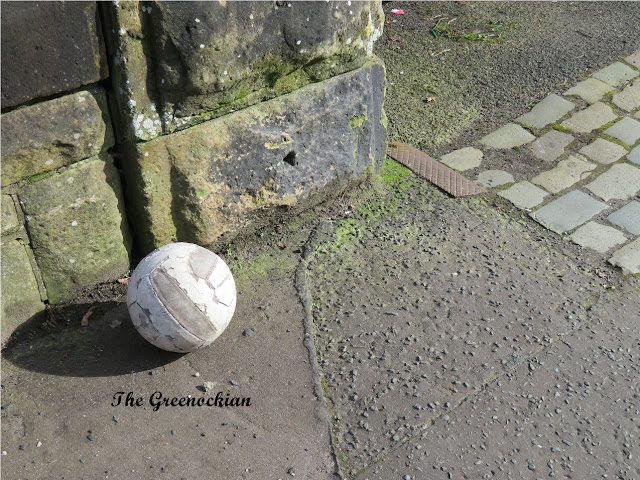 Posted by The Greenockian at 13:59

Email ThisBlogThis!Share to TwitterShare to FacebookShare to Pinterest
Labels: schools