This fantastic mural can be seen on the side wall of Port Glasgow swimming pool on Bay Street.  It was put there just last week.  The artist is Jim Strachan (of RIG Arts) and he has depicted Port Glasgow's lost industrial past and gives a vivid glimpse into just how busy and important the town was in former times.  The mural shows many aspects of Port Glasgow's heritage. 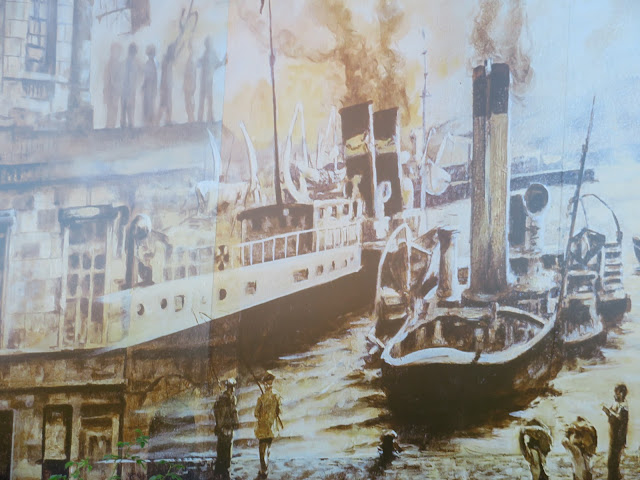 The mural's situation is almost right where Port Glasgow's dry dock (graving dock) once stood.  Built in 1762 it was the first to be constructed in Scotland.  (It is now covered by the Health Centre car park.) 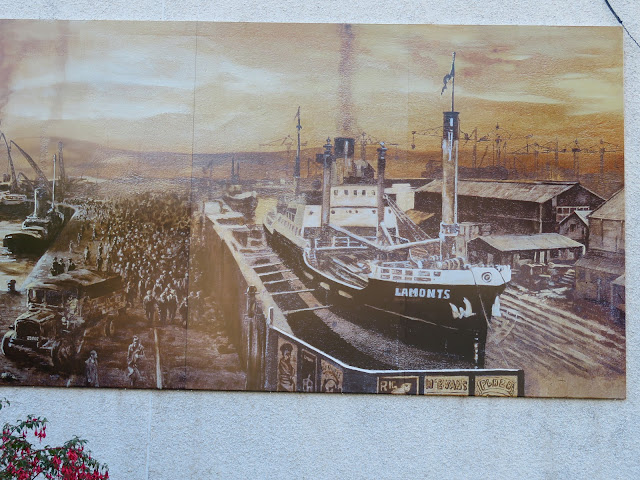 Lamont's shipbuilding yard is also depicted with the workers finishing their shift and streaming out of the yard to go home for their tea. 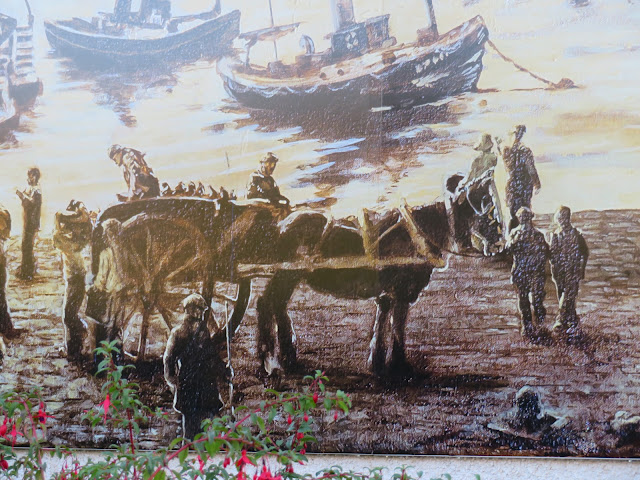 Many boats and steamers belching smoke can be seen in the harbour.  On the quayside are the horse drawn carts which serviced the docks, carrying cargo, coal and provisions for the boats. 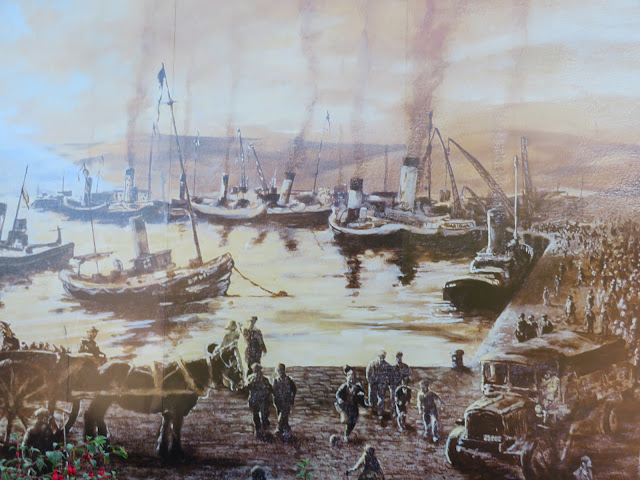 I think my favourite part of the mural is on the far left.  Here you can see the 6ft high weather vane depicting a sailing ship being hoisted to the top of the town buildings. 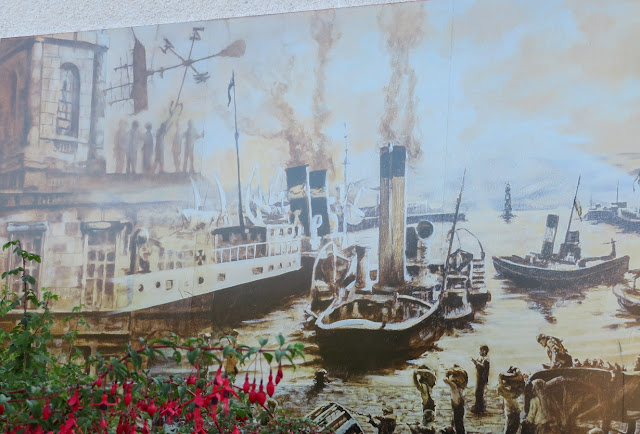 This is such a wonderful mural - so full of life and energy.  I'm sure it will prove very popular in Port Glasgow. 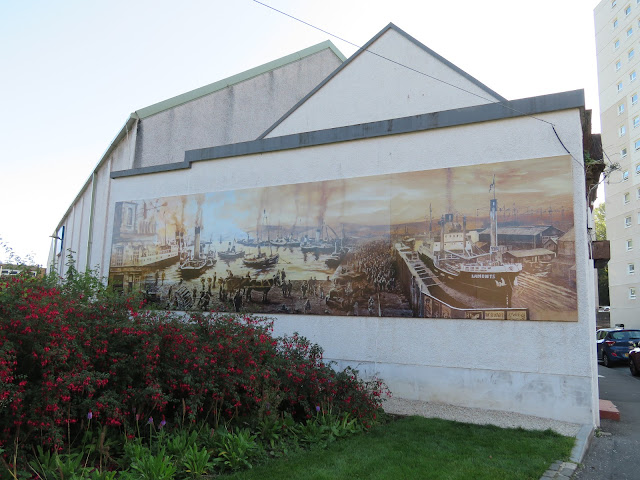 The mural's artist, Jim Strachan was also involved in other local projects - Broomhill Mural in Greenock and the Quayside Mural and Railway Station Mural in Port Glasgow.


Joining with Monday Murals - check out murals from all around the world.

Posted by The Greenockian at 09:42