This is what remains of a drinking fountain which once stood on the western end of Greenock Esplanade.  It is now in the garden of sheltered accommodation near the Old West Kirk - at least it hasn't disappeared altogether. 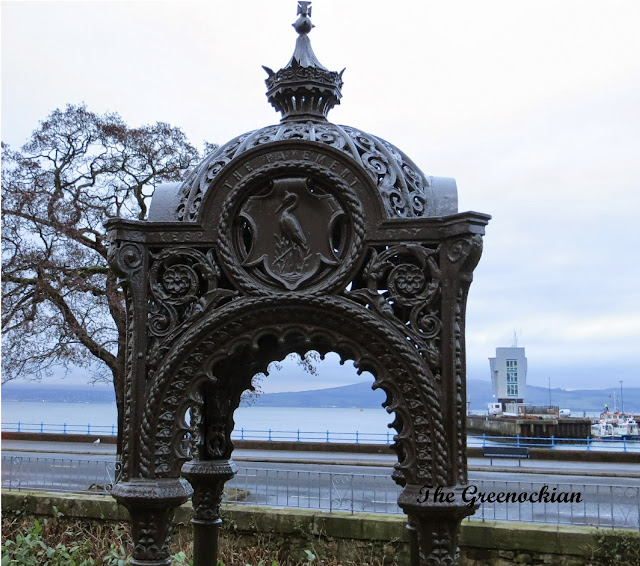 The wording reads - "Keep the Pavement Dry" - a bit ironic in Greenock which get a lot of rain!  I think that the bird is a heron and this is also found on many other fountains of this type. 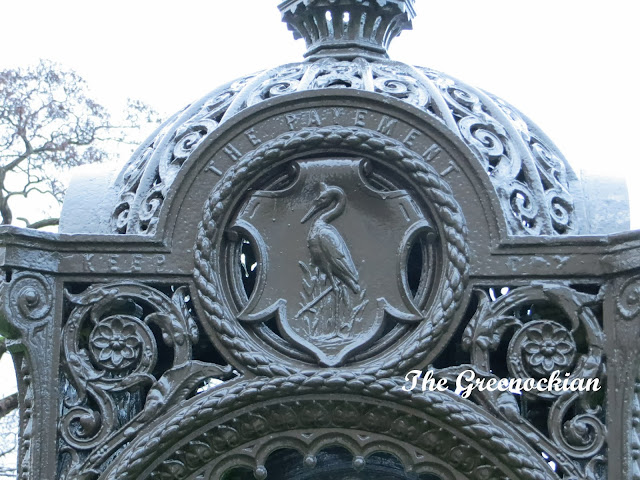 Fountains like this with the "Keep the Pavement Dry" motto can be found not just in many British towns and cities, but all over the world - as far away as Sydney in Australia.  Many originated in W MacFarlane & Co's Saracen Foundry in Glasgow.  The company made ornamental ironwork. and published a catalogue from which decorative ironwork items could be ordered. 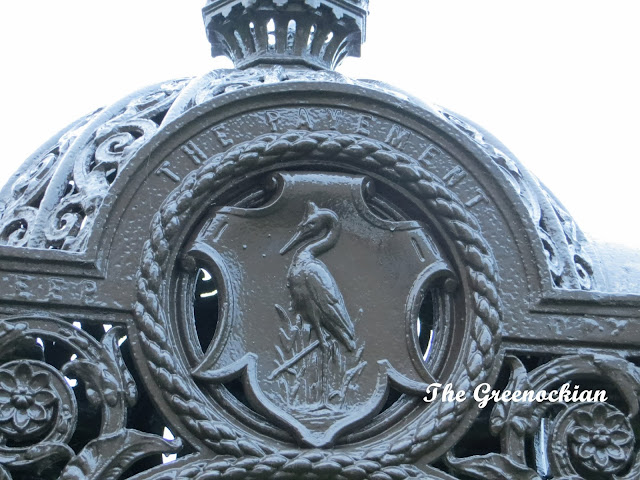