This is the old school bell of the former Gourock Eastern School. 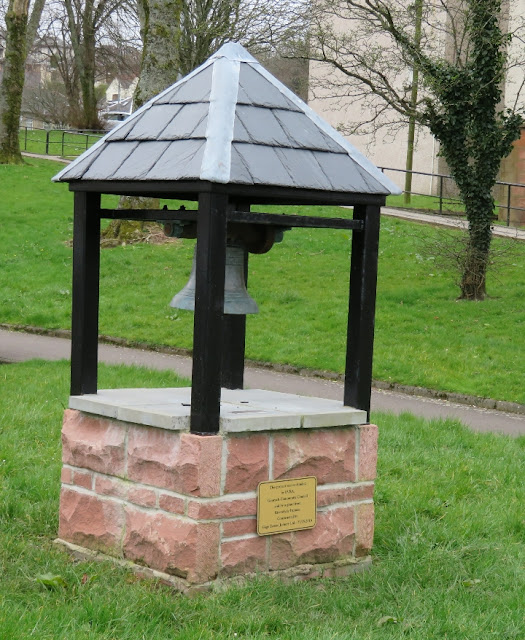 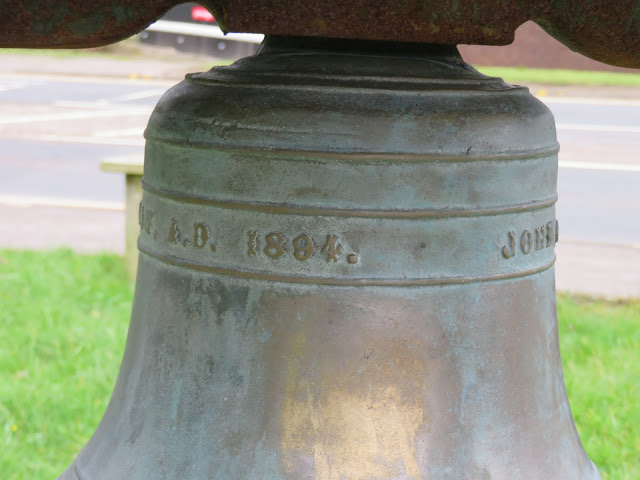 The Eastern School was built here in 1876 and demolished in 1962.  A block of high-rise flats, Eastern View, now occupies the site just across from Gourock Park and the old Gourock burying ground. 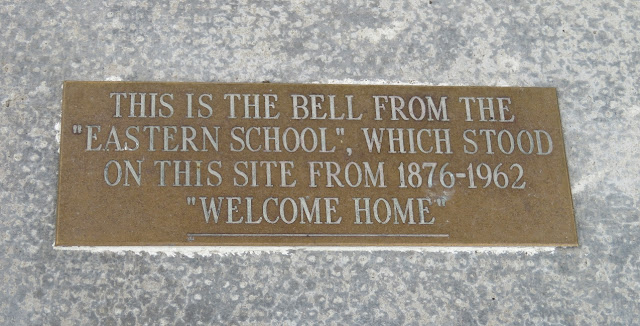 In my schooldays, the bell was rung in the morning, at interval time, lunch time and, best of all, at the end of the school day!  It was usually the school janitor's job to ring the bell.  It is a nostalgic reminder of the school and there's a plaque which reads - 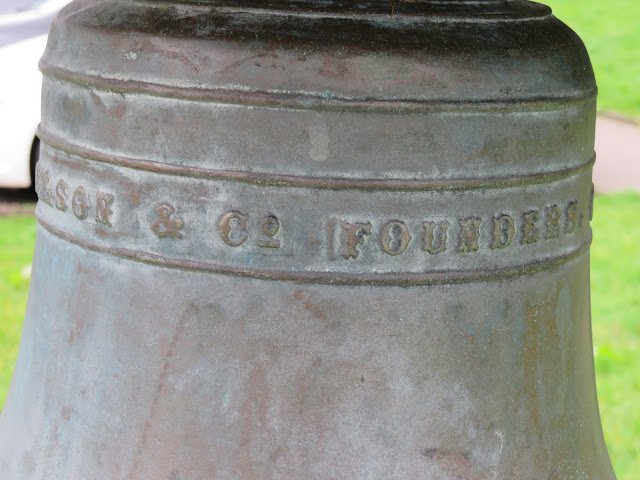 The bell has the makers name on it - John C Wilson & Co, Founders, Glasgow AD 1894.  They were part of the Gorbals Brass & Bell Foundry of Glasgow and there's a fabulous website of the Whiting Society of Ringers where you can read all about the Foundry's history.
Posted by The Greenockian at 14:35