I came across this interesting gravestone in Greenock's Duncan Street cemetery at the weekend.  It marks the grave of John Fleming a local artist who was born in Greenock in 1792.  If you look very closely you can just make out that the top is a depiction of an artist's palette with paint brushes.  The weather has taken its toll and I can't quite make out the writing on the scroll across it.

John Fleming was mainly noted for his landscapes, many of which are of the local area and are a fascinating glimpse of how Greenock looked at that time. 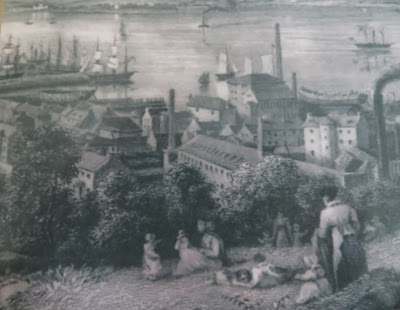 He was also a portrait painter - many of his sitters were local merchants.  This is a self portrait. 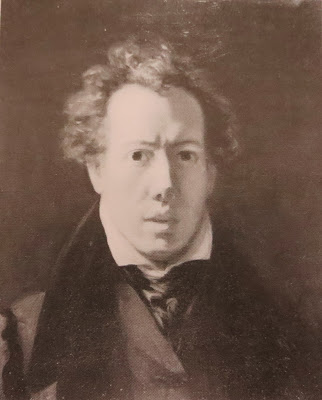 John Fleming was an original member of the "Institution for Promoting and Encouraging the Fine Arts in the West of Scotland" formed by forty-three west of Scotland men in 1821.  They held their first exhibition later that year in a Glasgow gallery in South Maxwell Street (near where the St Enoch Centre is now).  Fleming supplied the drawings for Joseph Swan's engravings of the local area.  Fleming became a member of and exhibited at the West of Scotland Academy in 1841.

Based in Greenock, John Fleming appears in several trade directories, having premises in William Street and then moving to Hamilton Street.  He was a member of the Watt Club in the town.  He died at Hamilton Street on 16 February 1845.  His obituary shows the esteem in which he was held locally. 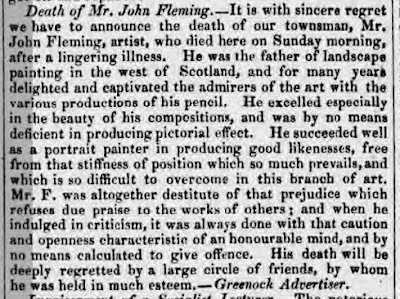 Fittingly his gravestone states that it was erected
"by a few friends and admirers of his genius." 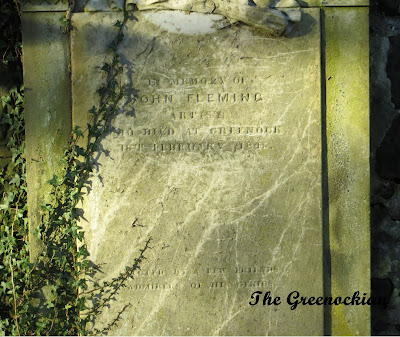 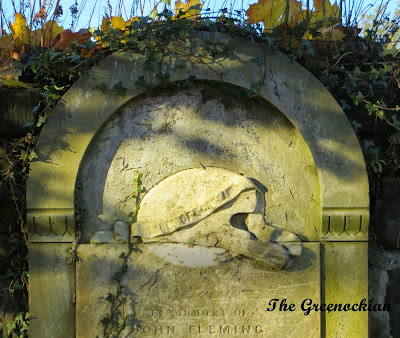 You can see some of Fleming's work at the McLean Museum and Art Gallery in Greenock and online here.