I came across this interesting gravestone in Greenock's old cemetery in Duncan Street.  The name on the stone is Burridge Purvis - it didn't sound like a local name, so I decided to do a bit of research to find out more about Mr Purvis and his family.  The results are fascinating, and lead from Scotland to South Carolina in the United States. 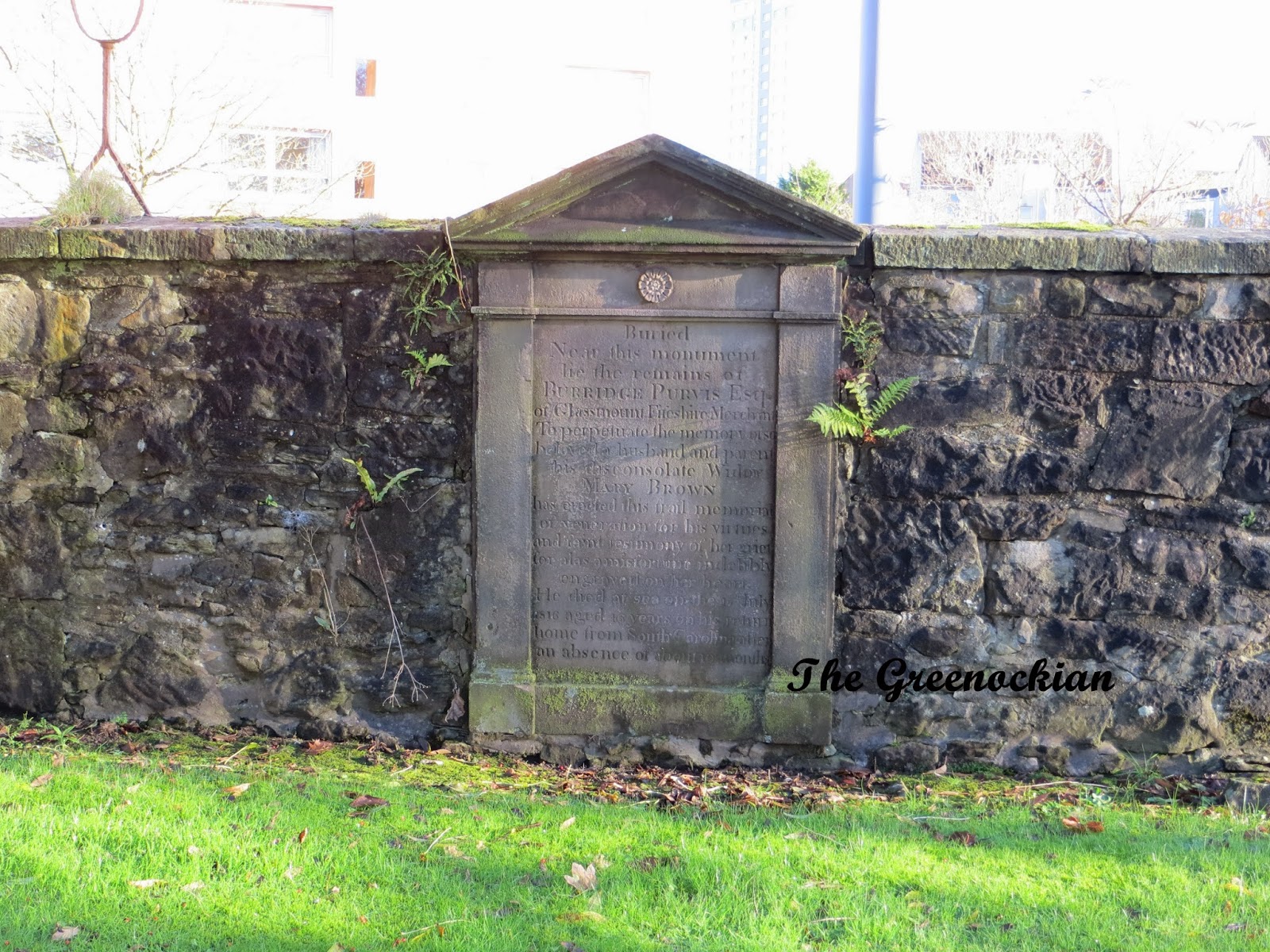 The wording on the stone reads:-


Buried
near this monument
lie the remains of
Burridge Purvis Esq
Of Glassmount Fifeshire Merchant.
To perpetuate the memory of so
beloved a husband and parent
his disconsolate Widow
Mary Brown
has erected this frail memorial
of veneration for his virtues
and faint testimony of her grief
for alas a misfortune indelibly
engraved on her heart.
He died at sea on the 17th July
1816 aged 46 years on his return
home from South Carolina after
an absence of about 10 months.


The first thing that struck me about this is that his remains were "buried near this monument"  and yet it is also recorded on the stone that he died at sea.  Were his remains, like Nelson's preserved in a barrel of brandy and spices and landed when the ship docked at Greenock ... I wonder?! 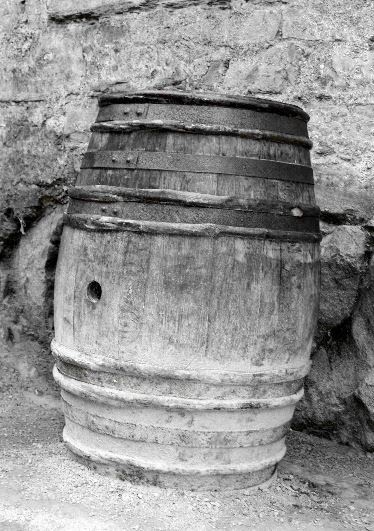 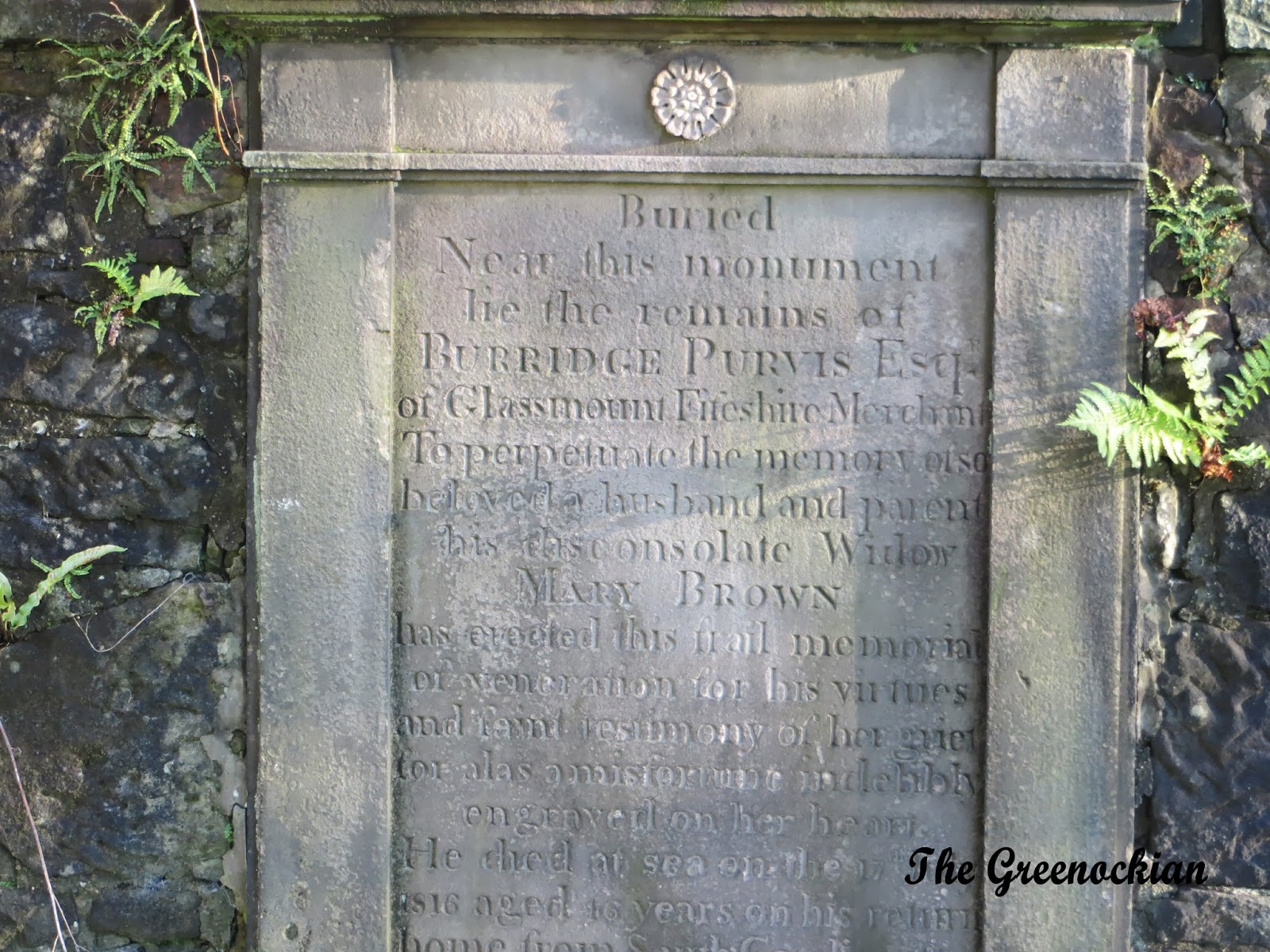 What had Burridge been doing in South Carolina?  I discovered that he was one of many sons of John Purvis and Elizabeth Thomson.  Some of the brothers went to South Carolina and purchased a cotton plantation there as well as ships to transport the cotton back to Britain.  Burridge was involved in this family business, and seems to have travelled between Scotland and South Carolina on a regular basis. 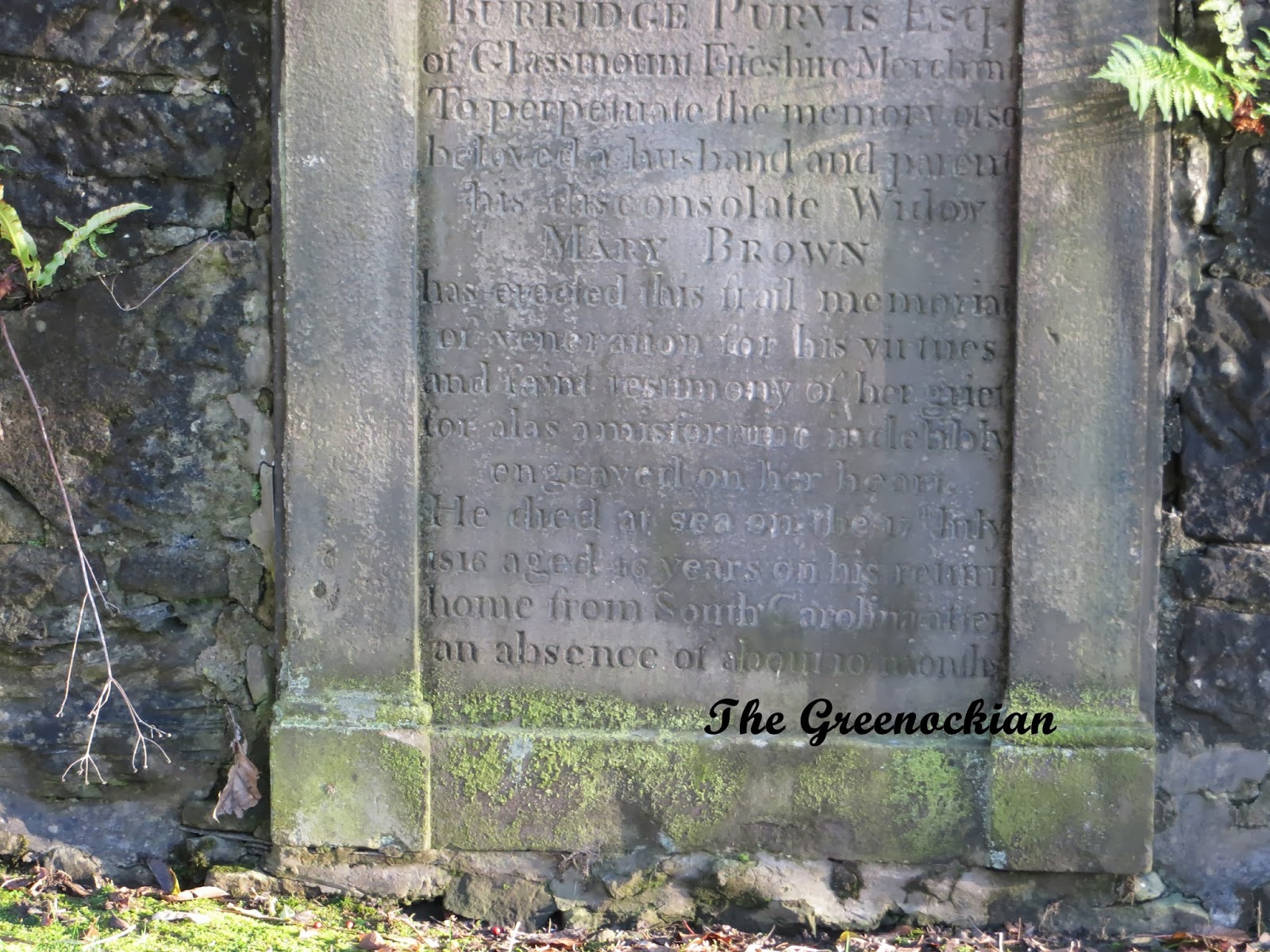 Burridge Purvis (born 1770) was indeed married to Mary Brown.  They had (at least) four sons and four daughters - many of them were born in Scotland at their estate of Glassmount in Fife (between Burntisland and Kirkcaldy).  Mary Brown was born in Georgetown, Carolina, the daughter of Stephen Brown, an army captain and his wife Mary Jennings and went on to outlive her husband by many years, dying in St Colme Street, Edinburgh on 24 January 1861 at the grand age of 82.

This is a fascinating family and I'll be writing more about them next week.