It is not just the town of Greenock that has an interesting history.  The hills above the town are full of history too.  Up at Loch Thom are some interesting wartime remains. 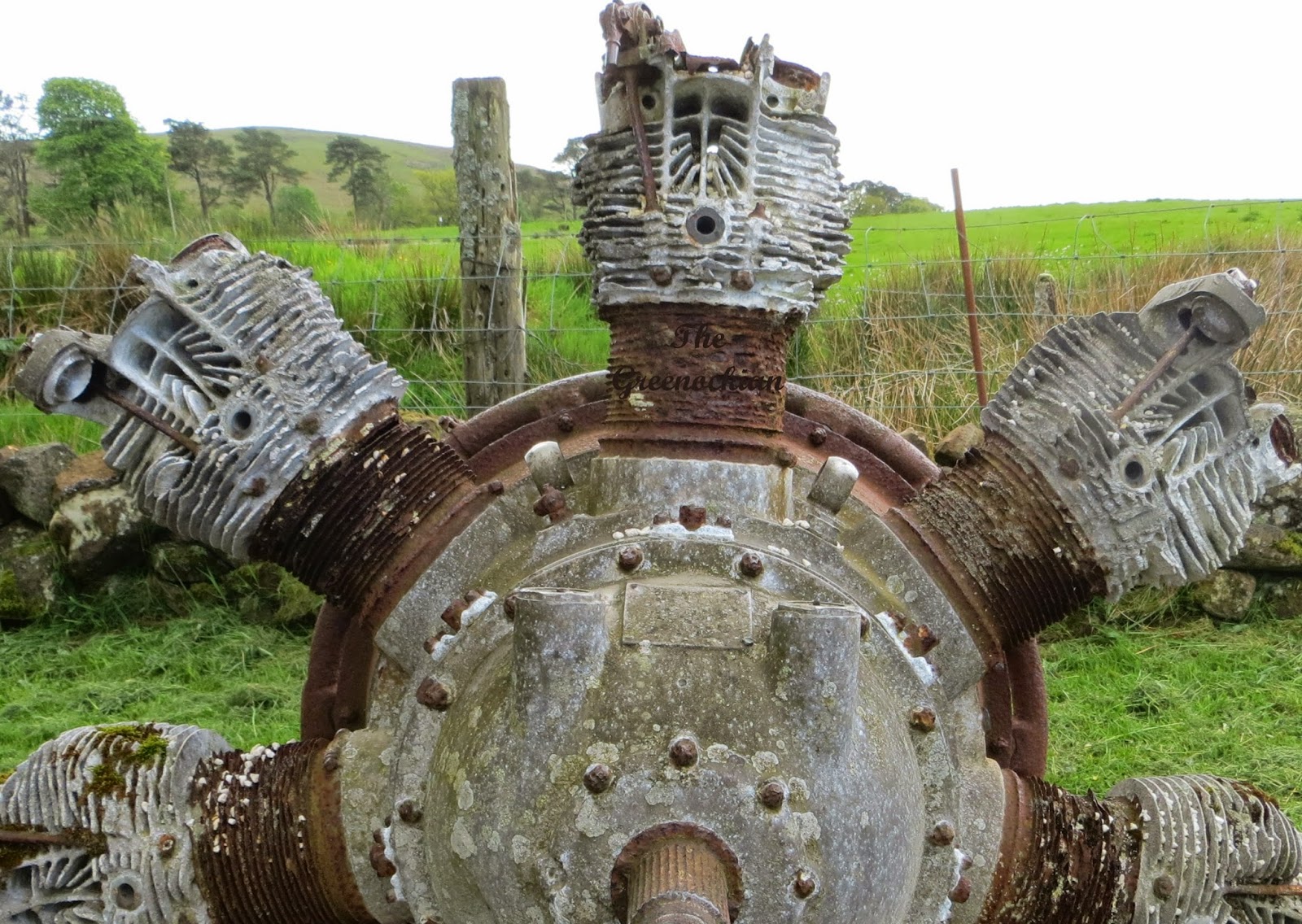 The engine is part of a Cheeta engine from an Avro Anson trainer plane which crashed in the hills above Greenock on 26 July 1939.  It had been taking part in a formation exercise.  One crew member died but the pilot walked away unharmed.  The second engine can still be seen at the site of the crash. Avro Ansons were designed for maritime reconnaissance.  It had retractable landing gear that had to be hand-cranked 160 times by the crew to unwind it! 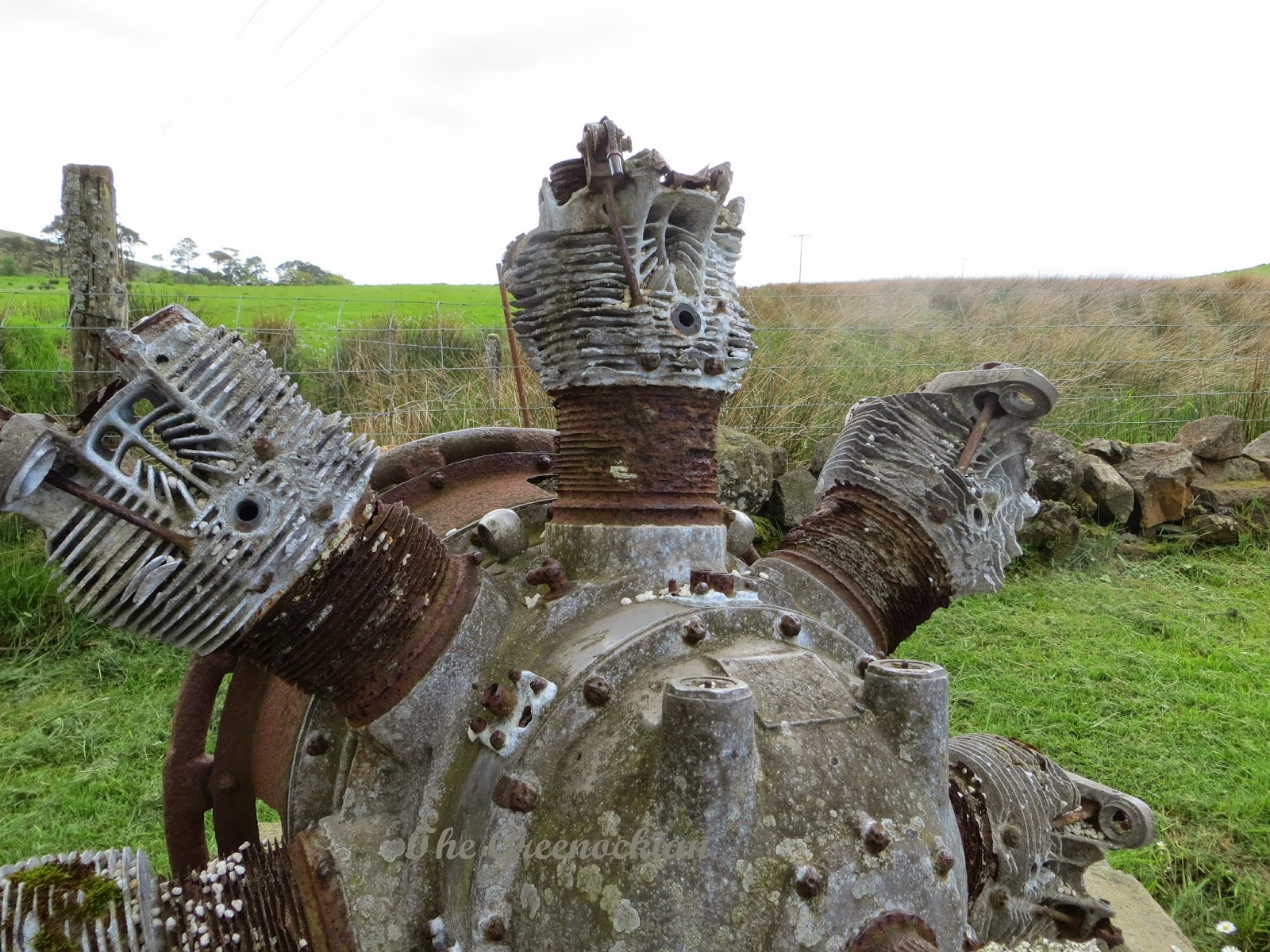 A little piece of the past in Greenock's hilly hinterland.